While everyone in San Francisco knows that the single scariest place to be in the Bay Area this month is on the mound pitching to Buster Posey, a whole bevvy of locations come in a distant second.

San Francisco has more than its fair share of haunted houses, stomping grounds of ghosts both of the famous and not-so-famous varieties.

If you're looking to get into the Halloween spirit, check out this handy guide to the San Francisco's most haunted locations: 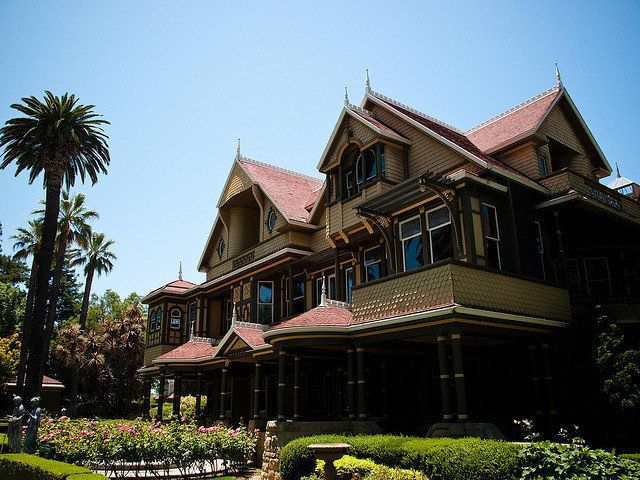 1 / 8
Winchester Mystery House
Often called the "most haunted house in the world," San Jose's Winchester Mystery House was constructed by Sarah Winchester, the widow of rifle tycoon William Winchester, in a dizzying nonstop push starting in 1884 and ending with her death in 1922. According to legend, following her husband's death from tuberculosis, the distraught Mrs. Winchester sought the counsel of a Boston-area psychic. The psychic informed the widow that her family was cursed by the spirits of everyone killed by her husband's rifles and, in order to appease said spirits, she should move out west and use her considerable fortune to build a giant temple in their honor. As long as construction of said temple never stopped, the spirits wouldn't take their revenge by killing her. She bought a plot of land a few miles outside of San Jose and spent the remainder of her life building. Visitors to the house tell tales of ghostly sighting and paranormal activities.
Flickr: HarshLight