People have a hard time thinking of the homeless as humans, let alone as someone’s child, parent, brother or sister.

But a new social media campaign wants to change that, and in the process, give some homeless people permanent shelter off the streets by helping them find loved ones they’re either too ashamed to contact or have no idea how to reach. The hope is that video clips get shared so that they eventually reach the right people.

Kevin Adler, founder of media company NearShot, took to the streets of San Francisco during the holidays with hot tea, warm bread and a video camera in tow and asked homeless people he saw to record a message for someone.

“Each person and situation is different, so it's impossible to generalize,” Adler wrote on his blog, but “there is almost always at least one person who they would like to get back in touch with or say hi to.”

One of the men recorded was Jeffrey Gottshall, who sent messages to his father, sister, niece and nephew, all of whom he hasn’t seen since leaving Montoursville, Pennsylvania, more than a decade ago. (Gottshall appears at 0:58 in the video above.)

One week later, Adler sent the video with the Montoursville Police Department, which promptly shared it to its Facebook page.

Within 25 minutes, Adler writes on his blog, old friends and neighbors recognized Gotshall and notified his sister Jennifer Gottshall-Gavitt, who quickly sent a video back.

"The last I knew he was in California, but we didn’t know where anymore or if he was still there" she told WNEP. “I was watching [the video] and I was kind of like, ‘Oh my God, that’s my brother.'”

"In San Francisco, he is perceived as just another homeless man, but for the Montoursville community, he's a classmate, a friend, a brother, an uncle -- he's somebody," Adler told SF Weekly.

This is only the latest effort to humanize the homeless coming out of San Francisco. Last month, the city’s Coalition on Homelessness released an ad campaign featuring photos and stories of actual homeless people that went up on buses and transit centers. 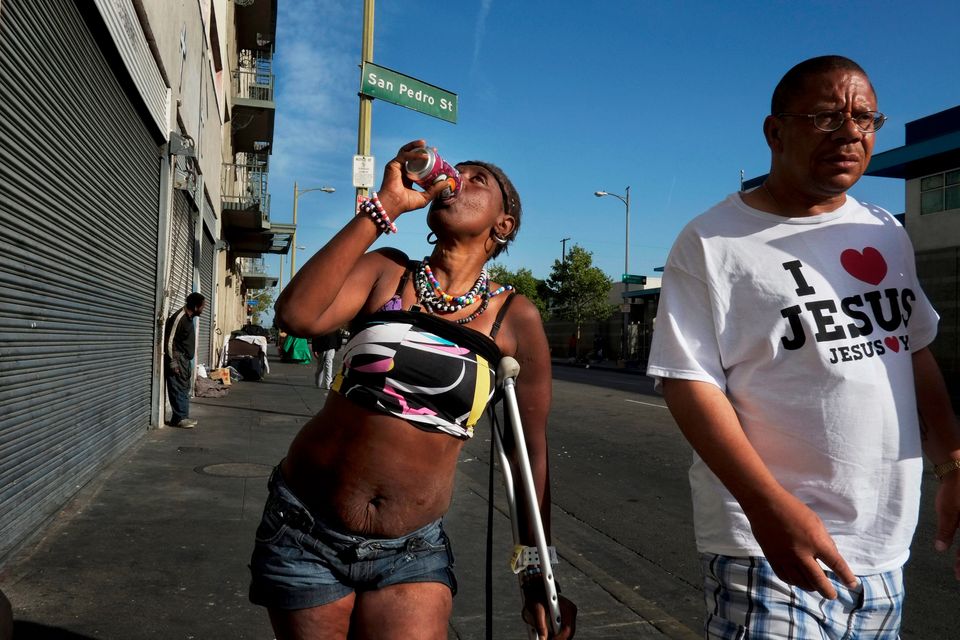