The San Francisco Chronicle reported that Webb Johnson returned a copy of the short story collection Forty Minutes Late that had been checked out by his great-grandmother Phoebe in 1917.

Book turned in 100 YEARS late to @SFPublicLibrary. (This makes us feel better about our OWN overdues!) https://t.co/5hXNdaSzlP

She checked out the book from the library’s Fillmore branch, which has since shut down, and she died one week before it was due.

The book was returned during the library’s amnesty program, San Francisco’s local ABC news station reported. The program, offered in the beginning of the year, allows library-goers to return overdue books without paying a fine. Little did the library know there was a book on its way back that technically carried a fine of more than $3,500.

Even so, the library usually caps overdue fees at $5, according to the Chronicle.

This isn’t the first century-old library tome to be returned. Last month, the granddaughter of a man who attended Hereford Cathedral School in Hereford, England, returned a book her grandfather borrowed from the school library sometime between 1886 and 1894. 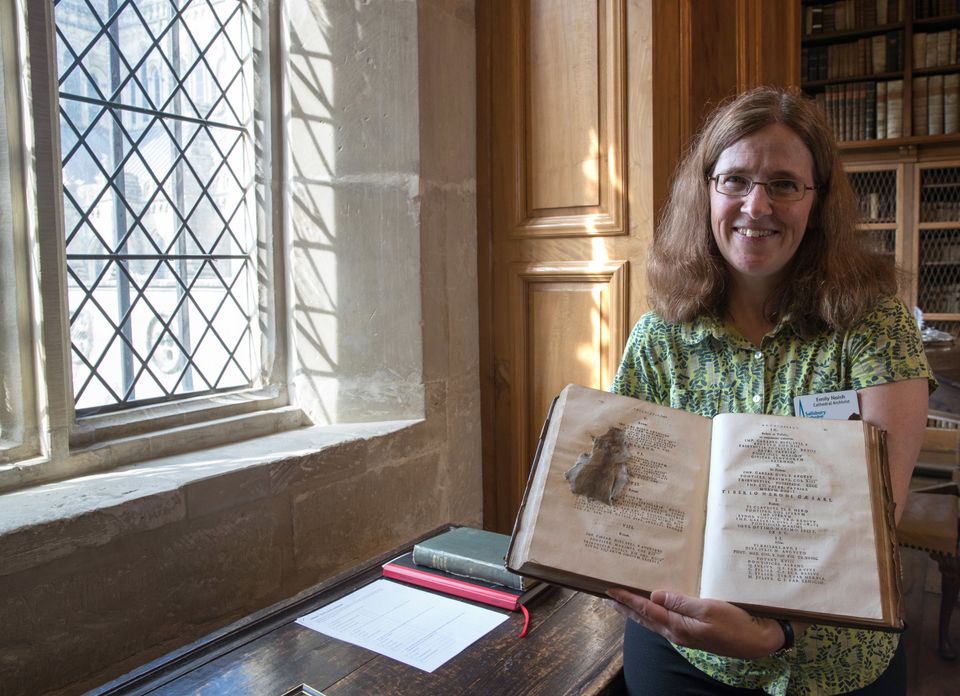 1 / 10
Cathedral Archivist Emily Naish holds up a book that contains a mouse that was squashed by 19th-century pupil at the Cathedral School.
Matt Cardy via Getty Images