San Francisco Mayor Ed Lee wants to bring the Olympics to the city, and he's willing to go to great lengths to do it.

The mayor told the San Francisco Chronicle's editorial board last week that he intends to create a permanent nonprofit group tasked with bringing large-scale sporting events, like the Olympics, to the San Francisco Bay Area.

"I suggest that a new Santa Clara stadium and a new arena on the water would add [tremendously] to the possibility of a Bay Area international athletic event that I will not name," he said, referencing the new 49ers and Warriors stadiums.

A few moments later he did admit that he was taking about the Olympics--specifically the 2024 games.

The idea for the organization spawned from the difficulties experienced by the group putting on the America's Cup. The organizers of the famous yachting race, which will be hosted in the San Francisco Bay next year, had trouble securing the funds it pledged to raise to repay the city for infrastructure and permitting expenses.

The proposed new group would be called "OneSF," not to be confused with the city's capital expenditure plan of the same name.

Nearly a decade ago, the San Francisco Bay Area region made a serious bid to host the 2016 Summer Olympics largely centered around a proposed new stadium on the present site of Candlestick Park. However, the effort was withdrawn when the plan for that stadium's construction fell apart.

With a new 49ers stadium coming to Santa Clara, an arena for the Golden State Warriors headed for the San Francisco waterfront and even talk about a new rink for the San Francisco Bulls being included in the development coming to Hunter's Point, there's a refreshed excitement building for hosting international sporting competitions.

San Francisco is also hoping to use this new infrastructure, specifically the Santa Clara 49ers stadium, in its quest to secure a Super Bowl in 2016 or 2017. (Although the whole Super Bowl idea may be a bit of a touchy subject in San Francisco right now).

Securing a steady, nearly unlimited source of private funding is crucial to hosting a major event like the Olympics due to the sky-high expense. Newballpark.org explains:

According to GamesBids, the London buildout for the 2012 Games was $4 billion. You may remember that the Bay Area made its own bid for these very games a decade ago. The bid then was a mere $211 million, with few new competition venues as part of the plan. Instead, nearly $1 billion would’ve been budgeted for the Olympic Village, which would’ve been located at Moffett Field. Like many other bids, venues were to be grouped in clusters, with the main clusters being in San Francisco and at Stanford University.

San Francisco is not the only region of Northern California with hopes of hosting an Olympiad. An 18-member organizing committee, which includes Gold Medalist skier Johnny Mosley, is working to bring the Winter Games back to Lake Tahoe for the first time since 1960. The committee is considering submitting a bid to host the 2026 games.

Check out these design specs of the new 49ers stadium in our slideshow below: 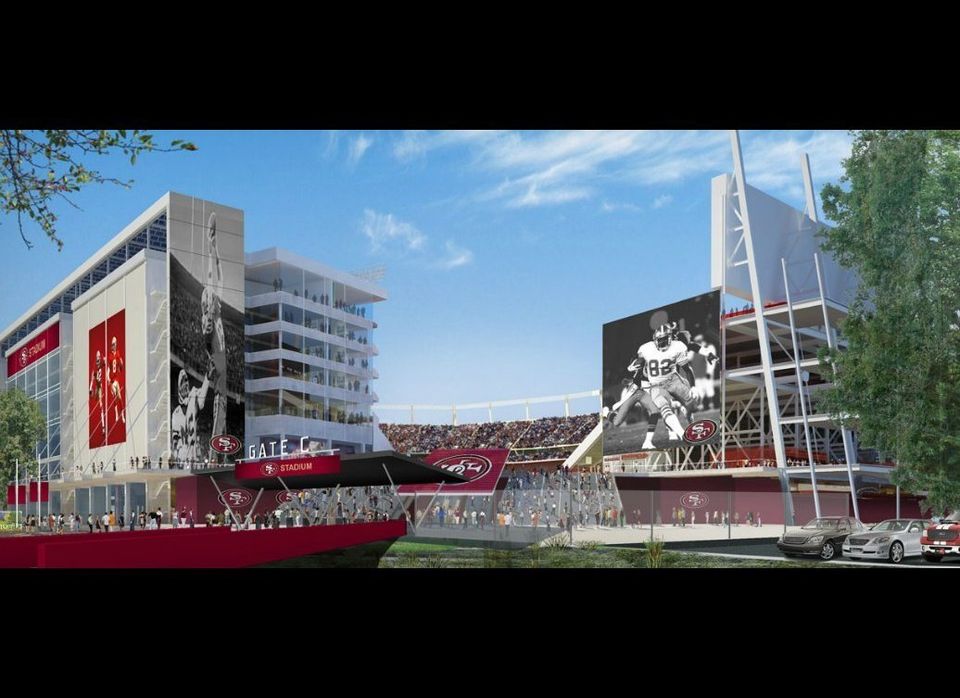