This article is part of "Tales from the City," a partnership with the San Francisco Public Library's Historical Photograph Collection.

Forget New York's Coney Island and Chicago's Navy Pier. Back in the day, San Francisco was home to its own urban amusement park, complete with roller coasters and a ferris wheel.

Christina Moretta, photo curator of the San Francisco Historical Photograph Collection, handpicked photos of Playland-at-the-Beach between 1945 and 1966 exclusively for The Huffington Post. From bumper cars to human turntables, the now-defunct park was the destination for families, date night couples and sailors in the mid 20th century.

Located just north of Golden Gate Park on Ocean Beach, Playland-at-the-Beach was owned by George Whitney, a man referred to as the "Barnum of the Golden Gate." During the Depression, Whitney bought out concessionaires from Sutro Baths to Fulton Street. He was also the mastermind behind the It's-It," San Francisco's now-legendary oatmeal cookie ice cream sandwich.

"It was a favorite destination," Moretta explained.

Whitney stopped operating Playland in 1968. Some say the park went downhill after he tore down the Big Dipper Roller Coaster.

Relive the glory days with a selection of photos handpicked by Moretta:

All photographs compiled and captions by Christina Moretta. 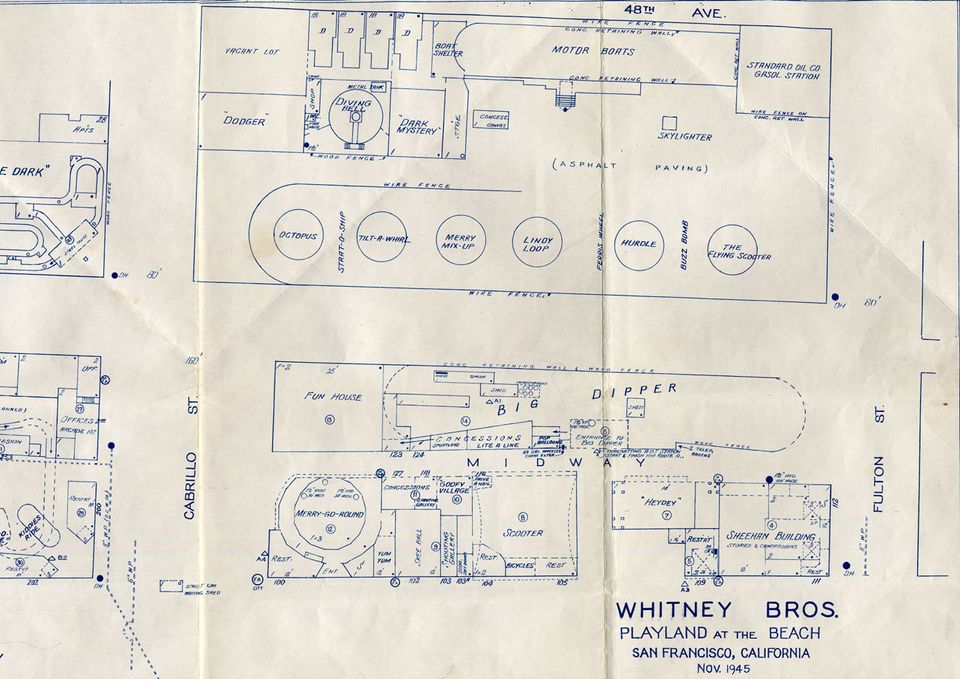