San Francisco is still a renter’s worst nightmare, and it’s kicking 2015 off with yet more record-high price tags.

According to real estate listings site Zumper, the median rent for a one-bedroom apartment in San Francisco jumped to $3,410 last month, up 0.6 percent from December. That’s about $400 more than the median one-bedroom in New York, which San Francisco surpassed in rent prices for the first time last September. 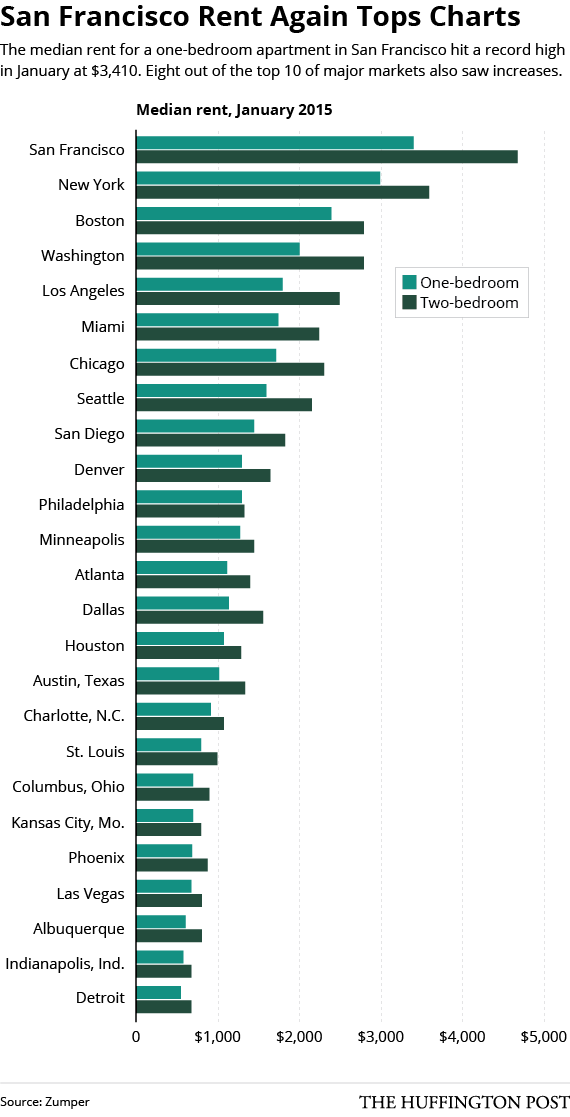 The median price of a two-bedroom apartment in San Francisco also rose 0.9 percent over the last month, making it about $1,000 more expensive for two-bedrooms than New York.

It’s a slight but unwelcome uptick in a city where rent prices shot up 13.5 percent in 2014. San Francisco has become increasingly unaffordable for many of its long-time residents and low-wage workers as an influx of Silicon Valley wealth floods the city. Income inequality in San Francisco is so great that it’s on par with that of developing nations, the city’s Human Services Agency found last summer, and demand for affordable housing is so unmanageable in San Francisco that the city was just able to reopen its public housing waitlist last month for the first time in four years.

But the nation’s fastest rising rents, Zumper reports, may be in Denver. The city experienced a 7.4 percent increase in the median one-bedroom rent over the last month, bringing the median price to $1,300.