The Department of Public Works must have had its tail between its legs yesterday afternoon when a street sinkhole nearly swallowed up a sewage truck.

A truck got stuck in a sinkhole on Waller Street between Scott and Divisadero this afternoon, and the street is now closed to traffic.

As of 4:30pm, the rear section of the Vac-Con truck was submerged under street level, while a giant crane worked to free the truck from its predicament. It didn’t appear that anyone was hurt in the incident.

Indeed, the truck was up to its haunches in city street when Haighteration managed to snap some photos. (See slideshow below.)

According to CBS, crews had been repairing the sewage system in the area prior to the incident.

One neighbor told Haighteration that the sewer had been leaking water prior to the incident, and the truck was assisting with cleanup when the street collapsed beneath it. Several commenters took the opportunity to lament the condition of San Francisco's streets.

Check out photos of the mayhem in the slideshow below and let us know what you think in the comments section. 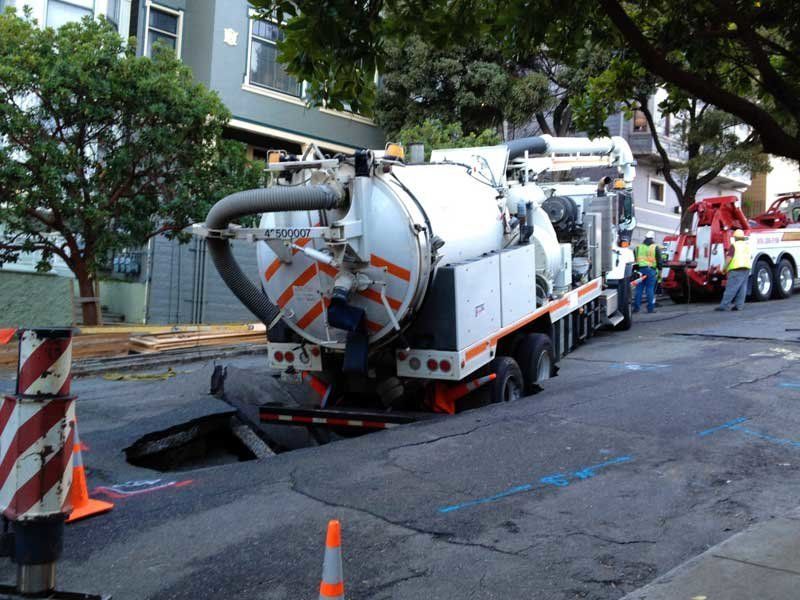