Parents at a San Francisco elementary school are rallying around a second-grade teacher after finding out that state law requires her to pay for her own substitute while she’s on medical leave with breast cancer.

Some local parents, teachers and lawmakers are now questioning whether the 1970s-era policy needs to change.

“She’s an incredible teacher and that’s not fair,” Glen Park Elementary School parent Elia Hernandez told ABC 7 Bay Area about the teacher, who has requested anonymity to protect her privacy.

California state Sen. Connie Leyva (D) told NBC Bay Area she’s interested in reviewing the law. “Candidly, I think that times have changed and it’s our job to change with the times,” she said.

In the early 1970s, California lawmakers passed a law requiring school districts to deduct substitutes’ pay from the salaries of teachers on sick leave, KQED reports. California teachers don’t pay into the state’s disability insurance program, which means they can’t draw from those funds.

The state’s school districts have developed different policies to help teachers who need an extended period of time to recover from an illness.

San Francisco teachers get 10 paid sick days every year, a representative for the San Francisco Unified School District told HuffPost. When that time is exhausted, they can go on an extended sick leave for up to 100 days. During this time, the school district deducts substitute teachers’ paychecks from the sick teacher’s regular salary.

“This is not unique to San Francisco. This is not a district-only rule,” the representative wrote in an email.

Substitute teachers in San Francisco cost an average of $203.16 per day ― which means most teachers on extended sick leave in the district will only get about half of their daily pay, KQED reports.

Teachers who have used up their 100 days of sick leave can then take days from what’s called the Catastrophic Sick Leave Bank. The program, an arrangement between the city’s teachers union and the school district, allows teachers to donate sick days to colleagues who are in need. Teachers receive their full pay while using this sick leave bank for up to 85 days. The school district picks up the cost of a substitute during that time.

“What it really is, is a reflection of how financially strapped the system has been for so long,” Heins said. “It is outrageous when you think about someone suffering from a catastrophic illness that they actually have to deal with these kinds of issues while already facing extra financial pressure.”

The San Francisco teachers union told NBC Bay Area that it’s consulting with members about the policy and what they’d like to prioritize during contract negotiations next year.

In the meantime, parents at Glen Park have set up a GoFundMe campaign for the teacher. It raised over $13,000 in 14 days, surpassing its initial goal of $10,000. The page is no longer accepting donations.

In a message to donors posted on the page, the teacher thanked her friends and school community for their donations and support.

“My heart is lifted and it gives me so much strength to know that so many people care about me and my family,” she wrote. 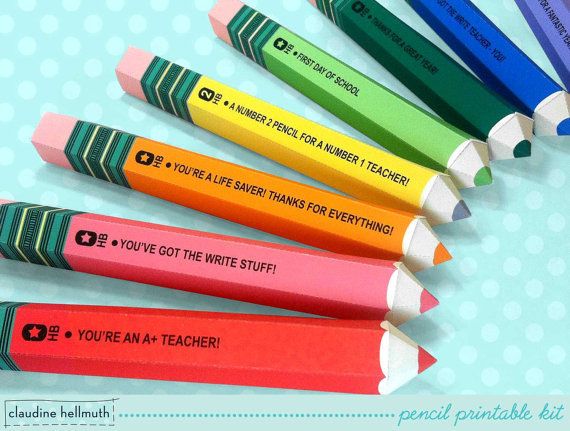 1 / 20
Pencil Candy Box
Psst, teach: we know you keep sweets in your desk. You just don't do a good job of hiding it. Try one of these! They can fit candy, chocolate and all other kinds of little treats. <a href="https://www.etsy.com/listing/159847726/pencil-candy-box-teacher-appreciation?ref=sr_gallery_8&ga_search_query=teacher+appreciation&ga_ref=auto6&ga_search_type=all&ga_view_type=gallery" target="_blank">Pencil Canady Box, $4.99 USD, available at Etsy</a>.
Etsy