San Francisco is on track to reach a major milestone in its fight against homelessness, according to its mayor.

During a stop at the city's veterans memorial on Wednesday, Ed Lee announced the Golden Gate City would house all of its chronically homeless veterans this year "by committing the resources necessary," the San Francisco Chronicle reported.

According to the news outlet, the city -- through partnerships with federal agencies and nonprofits -- has placed about 500 chronically homeless veterans into stable housing since 2013.

San Francisco has used both city and federal funding to put roofs over vets' heads, like renovating the former Stanford Hotel to accommodate 130 homeless people.

Lee's announcement comes amidst a nationwide prioritization among cities to find housing for every veteran who's struggled to find stable shelter.

On Monday, first lady Michelle Obama praised New Orleans for becoming the country's first major city to achieve the feat last December, and -- despite experiencing record-highs of overall homelessness in recent months -- the Big Apple could end the crisis among veterans in 2015, too, according to Mayor Bill de Blasio.

"Those who fight abroad to protect our freedom should never be left without a home here in the country they defended,” De Blasio said in February, the Gotham Gazette reported. “It makes no sense, and we won't let it happen."

The U.S. has made considerable progress on the issue under President Obama, according to the White House. Between 2009 and January 2014, veteran homelessness dropped 33 percent, including a 42 percent reduction in veterans who were living unsheltered (as opposed to staying in impermanent housing conditions, such as shelters).

Although San Francisco is expecting to win its war against veteran homelessness, the city counted 6,436 homeless people in total in its latest survey -- a figure that has remained relatively unchanged since at least 2005.

"Even as the city undergoes another of its seismic transformations, with new skyscrapers piercing the horizon, gleaming apartment buildings popping up every month, and startup companies sprouting from every crack and corner like sour grass," he wrote in the magazine's March issue. "One thing has not changed about its landscape: The homeless." 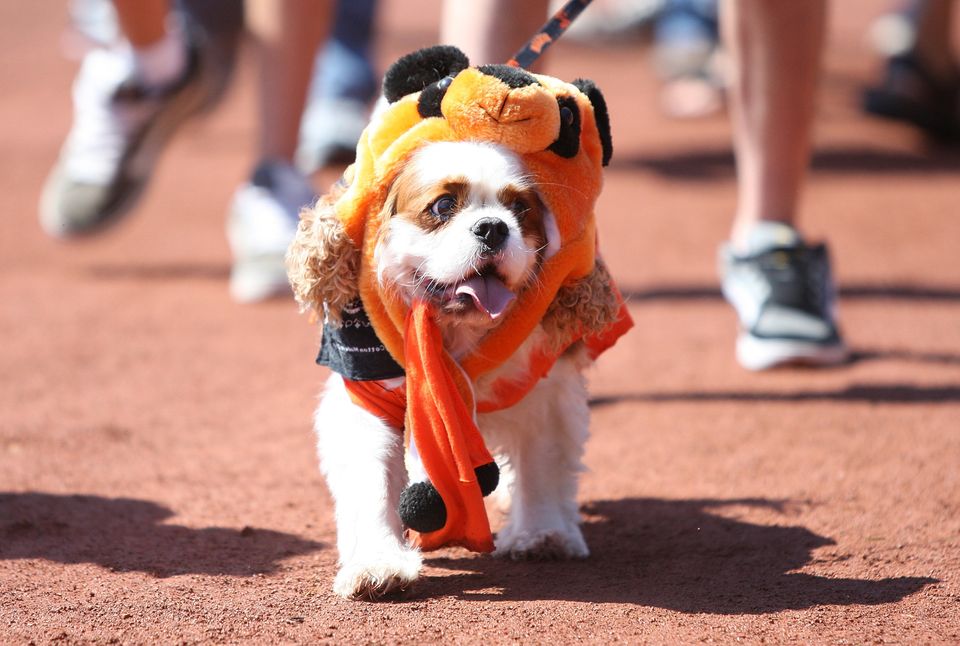 1 / 27
Panda hats are a wardrobe staple for every member of your family, including your pets.
The panda-monium is all thanks to Barry Zito, who nicknamed Pablo Sandoval "Kung Fu Panda" after noting his uncanny resemblance to the 2008 Disney movie character.
Tony Medina via Getty Images