It’s been said that sex sells when it comes to everything from cars to clothes, but can it actually change consumer behavior when it comes to something as, well, unsexy as water conservation?

The San Francisco Public Utilities Commission seems to think so. The commission announced earlier month that it will extend an unusual water conservation campaign, which it says was responsible for helping the city’s residents surpass usage-reduction goals in the drought-plagued state, the San Francisco Chronicle reported.

The campaign features a number of racy, double entendre-laden messages such as “Go full frontal,” “quick and easy” and “Short and steamy,” in an ad blitz that includes ads on billboards, buses and social media, plus television spots such as the clip below. The city is spending $300,000 on the latest campaign.

“The research is really consistent in showing that what you’ll get is raised awareness -- and that’s about it,” Schultz told City Lab.

As San Francisco has the lowest rate of water usage in the state of California, it appears many have gotten on board with the commission’s message.

Others across the nation say they would, too. A majority of respondents to a recent national Reuters/Ipsos poll agreed that they would support rules limiting the use of water to wash their vehicles and water lawns if they lived in a state experiencing drought conditions like what California and other states in the Western U.S. are currently enduring.

In April, California Gov. Jerry Brown (D) called for the state’s urban areas to cut their water consumption by 25 percent. Gov. Brown has further proposed fines of up to $10,000 per day for the worst-offending water-wasters.

Still, others have resisted the call to conserve. As the Washington Post reported Saturday, some wealthy residents of the state have been pushing back, with one Rancho Santa Fe resident telling the paper, “No, we’re not all equal when it comes to water.” 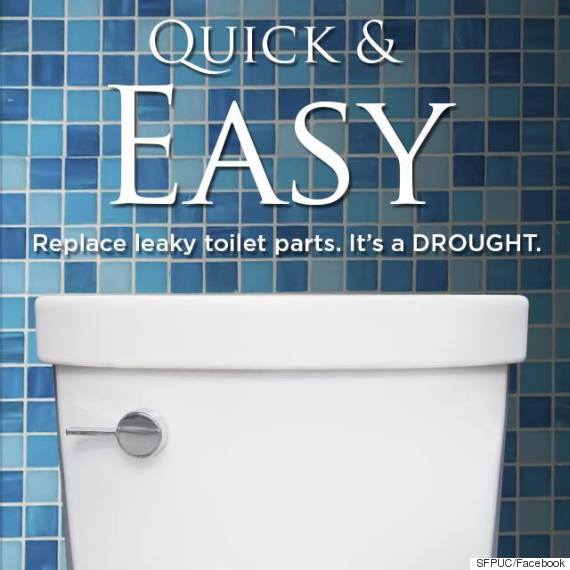 Rick Pappas / Flickr
At Beal's Point on Folsom Lake in Northern California the water has almost disappeared. We are in the midst of a severe drought and for much of the Sacramento area this is it's water source. Edit: Since writing this 12 days ago, we've had major fires near Yosemite Park and the 4000 acre Sand Fire east of Sacramento.
Davor Desancic / Flickr
Coyote Hills RP, Fremont, CA July 13, 2014.
Eric / Flickr
We may be going through a stretch of beautiful January weather right now in California, but our rivers, lakes and streams are quickly drying up... not good. #OurDroughtIsReal
Hans Proppe / Flickr
California Drought: Ducks and Geese in East Jesus
Rick Pappas / Flickr
This empty picnic table which looks out over Folsom Dam in Northern California is indicative of the dearth of visitors. This is just one small facet of California's drought.
Rick Pappas / Flickr
As I stepped onto the forest floor to shoot this I could hear the pine needles crack and could feel the thick dry duf give way under my feet. California is so dry...so primed for fire that one worries about what August and September will bring.
Davor Desancic / Flickr
Coyote Hills RP, Fremont, CA July 23, 2014
Davor Desancic / Flickr
Coyote Hills RP, Fremont, CA July 23, 2014
@xsuzi00 / Twitter
Planted this tree fifteen years ago, nursed it to maturity, it died this spring .
Davor Desancic / Flickr
Coyote Hills RP, Fremont, CA July 23, 2014
Cat Connor / Flickr
Very low water levels at Horseshoe Lake in Mammoth due to the ongoing drought in California, on July 9, 2014.
Cat Connor / Flickr
Tuolumne Meadows, Calif. on July 5, 2014.