Whenever a new medical marijuana dispensary applies for a San Francisco permit, a troop of naysayers is ready with a predictable script: dispensaries cause crime, harm children, and destroy neighborhoods.

However, the city's Planning Commission tired of this long ago -- because it's simply not based on fact. "We have not had direct testimony of law enforcement that they believe there is an increase in crime in areas because there is medical marijuana dispensaries," Commissioner Michael Antonini said March 1 in response to such claims.

Local zoning decisions are not made based on this misnomer, but federal-level law enforcement moves are. Dispensary-related crime, and instances of this crime near children, are exactly why local United States Attorney Melinda Haag shut some 10 state-legal Bay Area cannabis dispensaries since Oct. 7, 2011.

Haag presented no data along with her claims, and a recent study conducted by UCLA researchers won't help her either. Based on crime trends in Sacramento in 2009, the study found "no observed ... associations between the density of medical marijuana dispensaries and either violent or property crime rates," and further found that dispensary security measures like door guards and security camera may be crime deterrents.

Crime predictions are often based on "routine activity theory," the study says. According to this theory, crime will occur when several condition are met: "The presence of a motivated offender; a suitable target defined by its value, visibility, access, and/or likelihood of low resistance to crime; and the absence of guardians against crime."

Researchers Nancy Kepple and Bridget Freisthler looked at other crime-causing variables including employment, young men, and vacant housing. They crunched the numbers and found no discernible link.

"[D]ispensaries may be associated with crime but no more than any other facility in a commercially zoned area with conditions that facilitate crime," they wrote. That is not causal, and they did not factor "guardianship" -- i.e. security cameras, doormen -- in their study. If they did, one could extrapolate that dispensaries in fact reduce crime.

"If medical marijuana dispensaries have strong guardianship, such as security and monitoring systems, routine activity theory would suggest that the three necessary conditions for crime are not met," the researchers wrote.

The researchers stop far short of proclaiming any kind of direct relationship, but note that "these findings run contrary to public perceptions," notably a report from the California Police Chiefs Association, which says doom, gloom, and thugs with guns inevitably follow the opening of a pot club.

So why does this canard persist? Why do politicians say, "liquor store yes -- pot club, no"?

An Oakland dispensary owner we talked to about the study recently suggested another problem-causing zoning use: schools -- specifically middle or high schools. "These kids are a menace," he said, referring to the teenagers who sometimes engage in vandalism on their way to or from a downtown charter school. "Ask anyone one this block who'd they rather be near."

Hmm. We hear much about how the crackdown is intended to "save the children" -- but who then is saving us from the children?

We put in a request to SFPD to discuss the current study, but haven't yet heard back. We will update when we do. In the meantime, we're left with the 2009 white paper from the California Police Chiefs Association, which stated unequivocally that dispensaries are nothing but trouble.

Confirmation bias is a hell of a drug.

Take a look at some of the Bay Area dispensaries that have been forced to shut down this year: 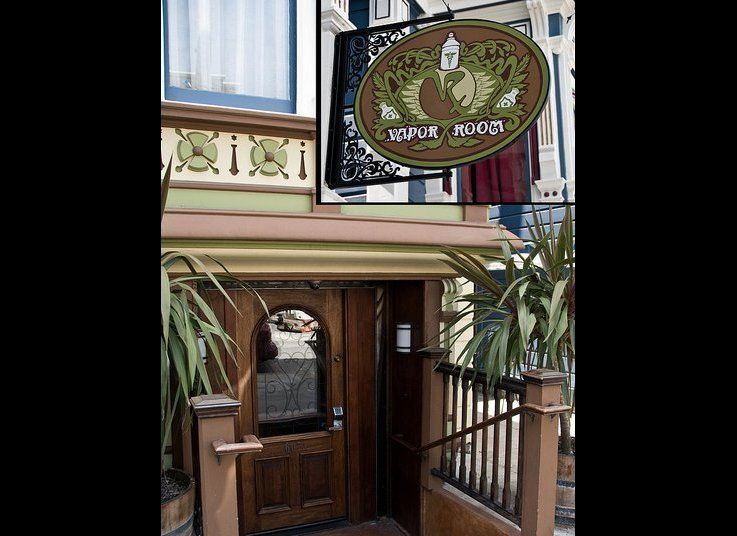