The San Jose Giants, a farm team for the San Francisco Giants, was forced to apologize earlier this month after it shared a tone-deaf tweet to celebrate its annual Japanese Heritage Night.

The tweet, a GIF that has since been deleted, featured three of the minor league players wearing traditional yukata-style bathrobes, with one person doing karate-like kicks, another fanning himself and a third bowing while wearing a rice farmer hat, The Mercury News reported.

After seeing the tweet, some Giants fans complained to the team, calling the tweet insensitive, offensive and racist.

Wtf is wrong with u guys? Take this down, it's incredibly offensive and racist

This is super racist and tacky.

You might want to rethink how racist this presentation of this heritage night is. Cc @SFGiants

However, not everyone found the tweet offensive. Some Twitter users who identified themselves as Japanese said they found nothing wrong with the team’s video.

I have no idea why Giants had to apologize. As an immigrant from Japan, I would say nothing was offensive or insulting with that photo.

I'm Japanese and don't see the reason why this is racist. So if I wear a suit, I'm a racist?

But the Japanese American Citizens League (JACL) did see a problem. The civil rights group said in a blog post that the baseball team’s GIF featured “stereotypical and derogatory caricatures of Japanese culture,” though they acknowledged that the graphic was quickly removed from the site.

“They’ll just make these mistakes over and over again,” Tom Oshidari, co-president of JACL’s San Jose chapter, told CBS SF. “It’s something that we’ll just have to keep fighting.”

“The offense is in the eye of the offended. So if somebody is offended, you offended them,” Oshidari said, later adding, “I think it’s a minor mistake. Hopefully they’ll do better going forward.”

Responding to the backlash, the SJ Giants issued an apology on Twitter and admitted that their tone-deaf tweet did not reflect the spirit of their Japanese Heritage Night at the park, which featured the Consulate-General of Japan’s Shoichi Nagayoshi, the Kakehashi Chorus and Taiko Drummers from Stanford University.

From the looks of it, the San Jose Giants’ Japanese Heritage Night appeared to be a night filled with culture shared in a respectful way.

PHOTO GALLERY
Struggle And Beauty Inside A Japanese-American Internment Camp 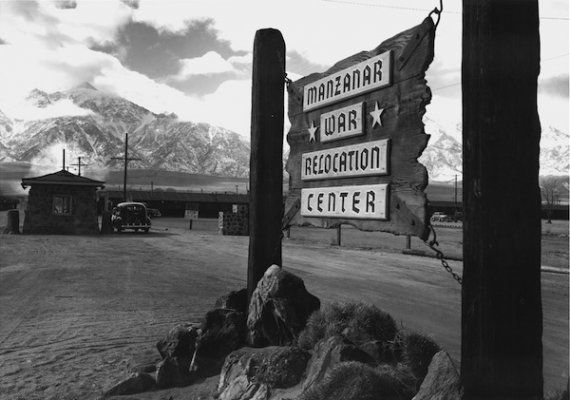