Architectural historians believe they've uncovered the oldest building in the city, and it isn't in downtown LA. Instead, archival materials indicate that the Sanchez Adobe in Baldwin Hills has been around since at least 1791 -- which makes it 20 years older than structures on Olvera Street, notes a blog on LA County Supervisor Mark Ridley-Thomas' site.

The Supervisor toured the Sanchez Adobe with architectural preservationist Peyton Hall to learn more about the structure's amazing heritage (video above). Hall indicated that many architects and historians have no idea that Sanchez Adobe even exists, despite the pivotal role the building plays in history and in contemporary community life.

...Its history is romantic as one could wish, with residence or ownership by a colorful cast of characters and organizations that truly evokes the Los Angeles’ Wild West, multi-ethnic layers of history. It has been home to Mexican dons and Anglo entrepreneurs. Once the residence of Vicente Sanchez, the adobe later belonged to Irish-American businessman Elias J. “Lucky” Baldwin. Now it belongs to an organization of African-American real estate professionals. (Incidentally, it was Paul Williams, one of L.A.’s most noted architects, who urged the Realtists to purchase the building). Freed African slaves worked there after the Civil War, as did Chinese laborers – all brought by Baldwin to the property, according to the Realtists. After Baldwin’s ownership, the adobe passed to the Catholic church for a time, and later was home to a golf course and a women’s club, when the surrounding neighborhoods were mostly Anglo.

The Sanchez Adobe had already been added to the list of Historic-Cultural Monuments, but if further research determines that it is indeed the oldest building in LA, the structure will be given additional protections.

A Los Angeles Times editorial called the Sanchez Adobe a "somewhat down-at-the-heels, nondescript, asphalt-shrouded place in the Baldwin Hills, until recently the site of raucous late-night parties and complaints from neighbors in adjacent upscale homes and towering condos" -- in other words, an underdog in the LA architecture scene. To us, that's what makes this discovery all the more noteworthy.

Head over to LA County Supervisor Mark Ridley-Thomas' blog to sound off about the Sanchez Adobe.

Sanchez Adobe: Is This The Oldest Building In LA? (VIDEO)
Beautiful Old Buildings Across America 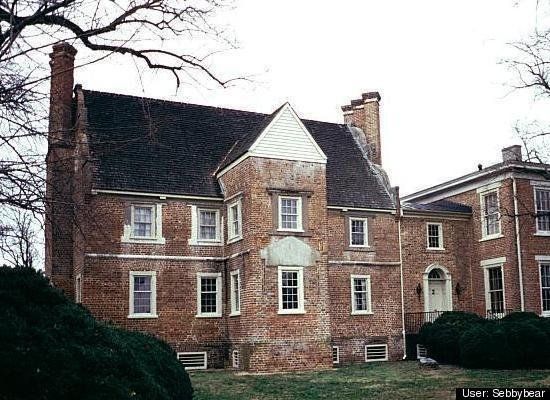 1 / 14
Bacon's Castle, Surry County Virginia
<a href="https://www.huffpost.com/social/Sebbybear"></a><a href="https://www.huffpost.com/social/Sebbybear">Sebbybear</a>:<br>Built in 1665, open to the public and maintained by the Association for the Preservation of Virginia Antiquities, Bacon's Castle is the only surviving Jacobean Great House in the U.S.