Bay Area sculptor/filmmaker Jerry Ross Barrish has made a new film, Sanctity of Marriage, after a 20-year hiatus.

If "San Francisco liberal" is a term of scorn that red-meat conservatives enjoy tossing around during election years in order to rally red-state votes, there are times when one is especially proud to claim the blue-state badge of honor. A July 6 article by Joe Garofoli in the San Francisco Chronicle (not exactly radical, by community standards) profiled the conservative political consultant Frank Schubert, the crusader against gay marriage responsible for the 2008 passage of Prop. 8, banning gay marriage in California. Schubert says he had a spiritual awakening: "Here I am, a political consultant who happens to believe in the cause, on the scene at the very moment that this debate is occurring." 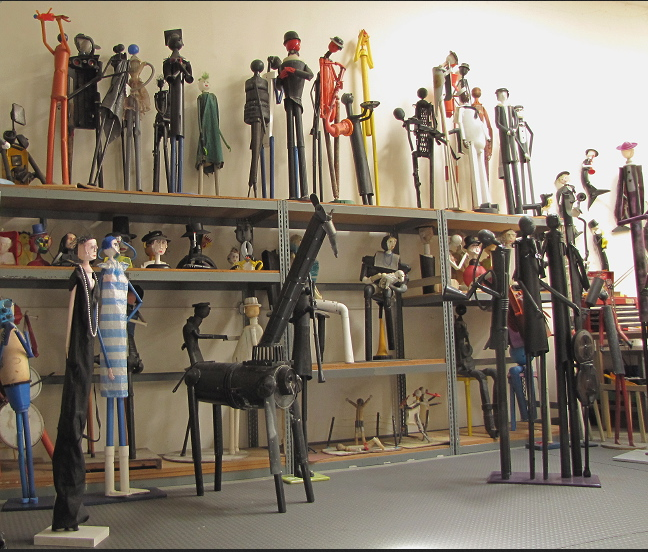 The reality-based community of the Bay Area, blessed with critical thinking skills that are rejected in Texas, thought otherwise. One angry blogger branded the article an egregious puff piece, citing its tacit acceptance of Schubert's faith-based absurdities (such as the presumptive federally mandated teaching of gay sex in schools), and excoriated the paper accordingly. Cooler-headed Chronicle readers were no less critical. In the July 9 letters to the editor, under the heading, "Irony and Hypocrisy," an Oakland reader noted Schubert's annulment of his first marriage, one that produced two children, because of Catholic church policy on divorce (which conveniently ignores the 40 percent failure rate in heterosexual marriages, exemplified in the 52 unions of Newt Gingrich, Larry King, Rush Limbaugh, Elizabeth Taylor and the Baptist minister, Glynn Wolfe, married 29 times); and ridicules Schubert's crocodile tears about the plight of his gay sister's children: "I worry about anybody who doesn't have the benefit of a loving, active father... and these kids won't have that; I pray for them." May God grant them a caring uncle with disposable quality time.

A Healdsburg reader gets right to the bottom line: "He may be in this fight because of his 'spiritual awakening,' but I think that perhaps it's more for the power, publicity and the gross billings." In 2010, Schubert's company billed 2.3 million dollars; in 2012 he will run inflammatory Prop. 8-style campaigns in Maine, Minnesota and North Carolina. 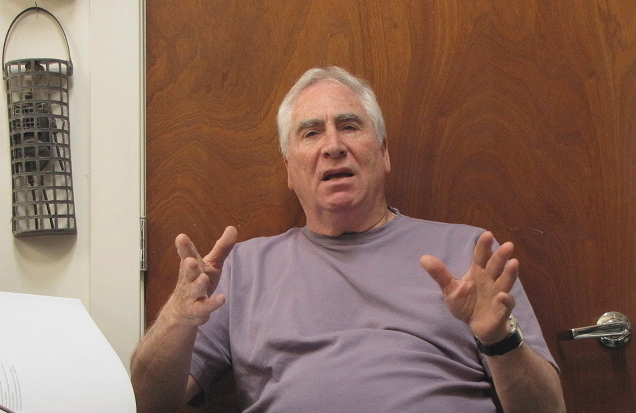 The idea of gay marriage finds increasing acceptance today, except in authoritarian Bible-belt enclaves. President Obama recently surprised many of us with his fully-evolved support on the issue, a reversal of his previous support for the 1996 Defense of Marriage Act. In 2012, Republicans are finding that the issue is losing appeal as older voters give way to younger ones for whom the issue holds no terrors; in moderate Iowa, one of the six states permitting same-sex marriage, and the only one outside New England, 56 percent oppose a ban and only 10 percent still favor it; and the Episcopalian church is moving toward performing same-sex marriages. 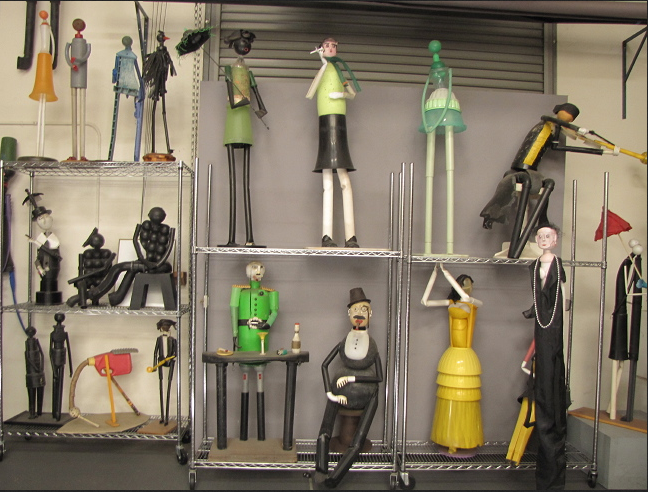 In light of these changes, I visited Jerry Ross Barrish, a Bay Area artist who has returned to his 1970s filmmaking roots in order to explore this divisive issue. We talked for several hours at his studio near Potrero Hill, an industrial space brimming with the hundreds of human and animal figures he has made over the past two decades from oddments of plastic scavenged from dumpsters or salvaged from the surf at his beachside doorstep in Pacifica.

In a review of concurrent shows at the Santa Cruz Museum of Art and History and the Fresno Art Museum (Sculpture, September 2009), I enumerated the materials magically transformed in one early artwork: "a fluorescent-orange, plastic tree trunk surmounted by foliage of styrene, polyester and polypropylene toys, glasses, dolls, boats, swizzle sticks, action figures, and Lego people -- a vertical cornucopia of countless no-account stocking-stuffer, Barrish elevates what he calls the 'lowest caste of the hierarchy of debris' to a wry commentary on consumerism... Combining visual ingenuity, a humanistic worldview, and a storyteller's psychological acuity, Barrish creates a compelling and appealing comédie humaine." 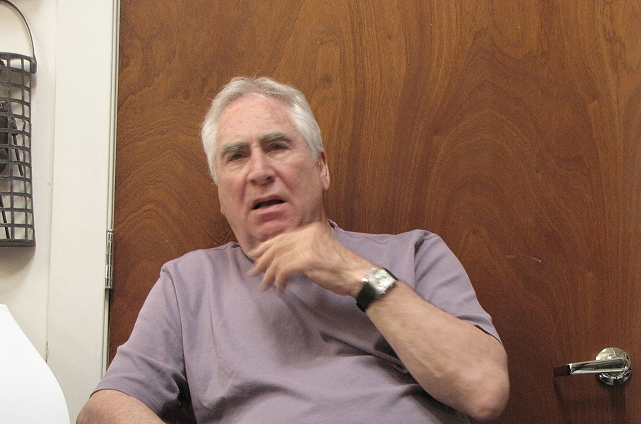 Political art during the formalist/abstract postwar era got a bad rap, of course, for being representational, and thus, in the heated polemics of the times, retrograde, and for concerning itself with ideas that were not strictly esthetic -- for leaning toward literature instead of pure visual sensation. In the aftermath of World War II, there was also a rejection of anything might resemble propaganda or agitprop in the slightest fashion. The uses that American propagandists made of New York School Abstract Expressionism as an exemplar of capitalist individualism is by now well known. However, with the upheavals of the 1960s and after, and the emergence of postmodernism, with its rejection of optical purity and its embrace of politics and other nonvisual content, the pendulum is now at the opposite end of the swing; conceptual art often claims political or philosophical rationales for its arcane processes and obscure results.

Barrish's figure sculptures clearly hew to modernist thinking (African sculpture, Picasso's assemblages) in their radical simplifications and reconstruction of reality, yet they resist dogmatic interpretations as pure form bereft of narrative; the figures delight the viewer with their implied stories. With his new film, Sanctity of Marriage (see above), Barrish resumes the filmmaking he abandoned 20 years ago, using characters from his sculptural repertory company instead of live actors, to express his impatience with the hypocritical, absurd arguments of the defenders of traditional marriage.

Barrish: "I haven't heard one good argument why gays can't get married, not one!"

Shot by the acclaimed cinematographer Hiro Narita, with Barrish's script voiced by actress Debi Durst, and set to music by Henry Salvia, the six-minute film is both entertaining and provocative. Its low-key, viewer-friendly appeal to red-state hearts and minds flies in the face on contemporary art practice -- i.e., preaching to the hipster art choir by invoking the conventional impieties.

Sanctity of Marriage, however, with its common sense and subtle persuasiveness (albeit voiced by a cat, musing on human relationships and some human's worries over canine-feline miscegenation), may have an effect beyond the art world's charmed circles.