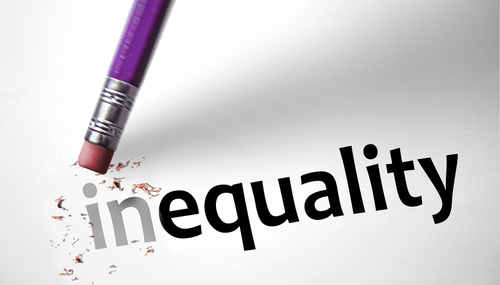 The catalyst for a recent column by David Brooks was a speech delivered by his New York Times colleague Anand Giridharadas at the Aspen Action Forum. Giridharadas questioned the "Aspen Consensus" that the wealthy and powerful, the benefactors of the Aspen Institute, could be asked to "do more good" but not to "do less harm". He challenged his well-to-do, well-intentioned audience not to settle for making "an unjust and unpalatable system a little more digestible" and confront the "underlying system" that has created massive inequality and injustice. In short, he bluntly urged his audience to be "traitors to our class."

Brooks was collegially horrified, particularly by what he saw as Giridharadas' inevitable embrace of government being "more heavily involved."

I prefer the word "savagery" to "rough intensity" but congratulate Brooks for conceding that we do have an oligarchy. And I prefer to use the verb governing rather than the noun government. Brooks description of government conjures up a stifling, bumbling bureaucracy whose interventions usually do far more harm than good. But the debate is not about how to grow a bureaucracy but how to exercise collective authority to change rules that enable and encourage a system that, in Giridharadas' words, generates "extreme winners and extreme losers."

Brooks' refusal to support government as a key tool in restraining and eventually eliminating an oligarchy is disingenuous. For he knows that government has been the key tool enabling and encouraging the massive concentration of wealth and power.

The modern corporation, for example, may be the most enduring and extensive of all government interventions. In the 17th century, governments created a fictitious creature: the limited liability corporation. Investors could amass unlimited personal wealth but if the business failed or was engaged in criminal acts the investors were liable for no more than the amount they had invested. In the 19th century governments endowed corporations with unlimited life and charters so broad they could engage in all forms of commerce. In the 20th century courts bestowed on corporations personhood and in the 21st century allowed these artificial persons to spend unlimited amounts of money to influence elections.

To my knowledge David Brooks has yet to rail against this most enduring and heavy-handed of all interventions by government.

Or consider another government intervention: ever-longer patents. Economist Dean Baker has repeatedly pointed out how drug companies as particularly benefiting from patents. In a 2004 report he estimated the higher profits and prices resulting from these patents costs consumers over $100 billion a year. In 2011 prescription drugs accounted for 17 percent of all health care spending, and in 2014 continued to increase faster than overall medical spending. A central issue in the new trade agreement is the U.S. government's insistence that the world adopt our costly drug patent system.

Adding insult to injury, the government also handsomely subsidizes drug research. Baker notes, "At present, the quantity of publicly supported or subsidized research in the United States is approximately equal to the amount of research supported through the patent system." Moreover the public money underwrites the first and riskiest research stages, leaving the companies to invest in the less risky testing stages. Baker reviews four strategies that would eliminate the need for patenting most drugs and would spur innovation while dramatically reducing the cost of drugs.

In 2010 and again in 2014 the U.S. Supreme Court overturned the clear will of the people and allowed obscenely wealthy individuals and giant corporations to contribute unlimited sums to influence elections and referenda, that is, to influence the design of the rules under which they will operate. David Brooks did not oppose these decisions. Indeed he railed against the "political mythology of the political class" that tries to convince us that money matters. Please. The New York Times reports that 400 families have made 50 percent of all contributions to this point in the election cycle. A significantly higher percentage of Republican contributions come from the super rich.

I recommend we stop using the term "contributions" to describe the campaign spending of oligarchs and start using the term they themselves often use: "investments". The very rich invest to change the rules in their favor. And they expect, and often receive, a remarkably high return on their investment.

We make the rules and the rules make us. The father of capitalism, Adam Smith, was concerned about the impact of an unrestrained capitalism on our moral compass. "This disposition to admire, and almost to worship, the rich and the powerful, and to despise, or, at least, to neglect persons of poor and mean condition (is)...the great and most universal cause of the corruption of our moral sentiments."

Today we have established one set of rules for the rich and powerful and another set for those of poor and mean condition.

Consider the mundane but ubiquitous way we treat traffic offenses. In the United States rich and poor alike pay the same fine for the same violation. For the wealthy, the fine is a trivial inconvenience, which may be one reason why the wealthy tend to disregard traffic laws more than the rest of us. For the poor, however, a traffic ticket can constitute a significant financial burden, resulting in escalating debt, jail time and as we have discovered, if one is African American, loss of life.

European and especially Nordic countries approach the design of penalties differently. They believe all traffic offenders should feel similar financial pain. That has led Finland, for example, to determine traffic fines (as well as fines for shoplifting and violating securities-exchange laws) based on earnings. Finns estimate the amount of after tax money an offender earns in a day and then divide that in half. The resulting number becomes the basis for the fine.  The severity of the offense determines the number of days of income the offender loses. Go about 15 mph over the speed limit and you lose 12 days; go 25 mph over and you lose 22-days. One Nokia executive was fined the equivalent of $103,000 for going 45 in a 30 mile per hour speed zone.

Or consider U.S. bankruptcy laws. Corporations can declare bankruptcy, reduce their debts and stay in business. But let an American student try to reduce a stifling college debt or a foreclosed homeowner his or her mortgage through bankruptcy and they will find themselves thwarted by acts of Congress written by the rich and powerful.

Brooks does appear supportive of exercising collective authority to sand down the rough edges of capitalism. He favors "a little redistribution to fund things like early childhood education, child and family leave, better community colleges." But he fears that "the next wave of thinking implies that it is not enough to simply give people access to capitalism and provide them with a safety net. The underlying system has to be reconfigured. This is a bigger debate."

Building a genuinely safe safety net would require government to tackle the issue of inequality head on. Corporations and wealthy individuals should be prevented from avoiding hundreds of billions of dollars in taxes by parking their money in tax havens abroad. Investment income should not be taxed at lower rates than wage income. And government should vigorously enforce anti-trust laws with an eye toward breaking up concentrations of corporate power that corrupt and upend the political process. And no candidate for the Supreme Court who supports its recent decisions on campaign spending should pass muster.

Despite David Brooks' entreaties, we have moved beyond the stage in which we continue to debate whether to soften the blows of capitalism or tackle the underlying system. The question now is whether we can peacefully change the system given that in the last 40 years the game has been rigged in favor of those who handsomely benefit from it.