Sandra Bullock dared to bare some skin in a backless dress with a black bra underneath at the premiere of her new movie, "The Heat."

Bullock stunned in a silk, backless Victoria Beckham gown with a black lace bra on full display Thursday at The Curzon Mayfair in London. She paired the ensemble with some messy waves and strappy stilettos, making for a decidedly more sultry look than fans are used to seeing.

Maybe it's a sexier Sandy? On Wednesday night, the 48-year-old was photographed leaving Nobu restaurant en route to the Claridge's hotel in Mayfair, according to People magazine. She looked sizzling in a skintight, cleavage-baring dress and red pumps.

Despite being a gorgeous, Oscar-winning superstar, Bullock is just a down-to-earth mom to her adorable 3-year-old son, Louis. In a recent interview with Parade magazine, she said motherhood helped her to connect with co-star Melissa McCarthy. The two have become incredibly close since filming.

“Having kids connected us on a deeper level," she said. "And the things we’re obsessed with outside of being a mom are the same, too: construction and house renovation…. We’re kindred spirits in that world. If we had a beer den, with Barcaloungers—but our version of that—it’d be great.” 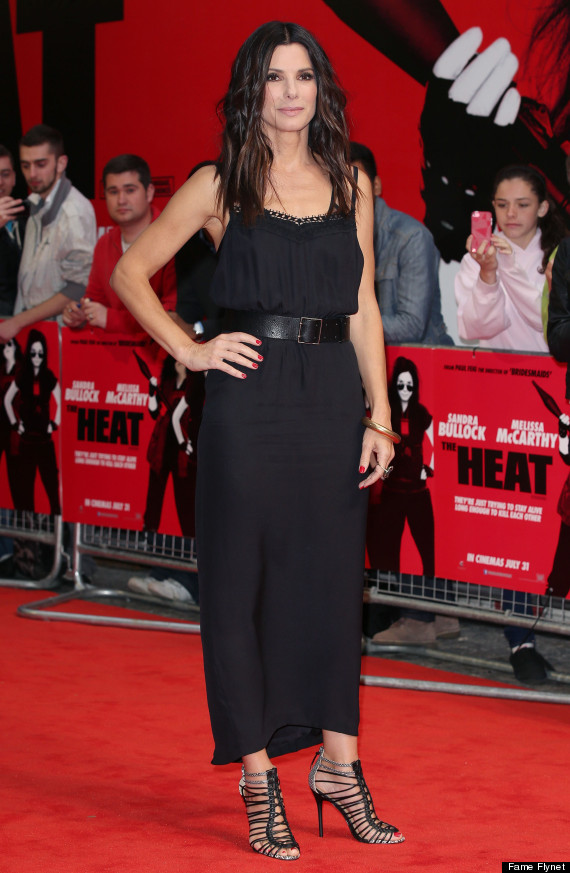 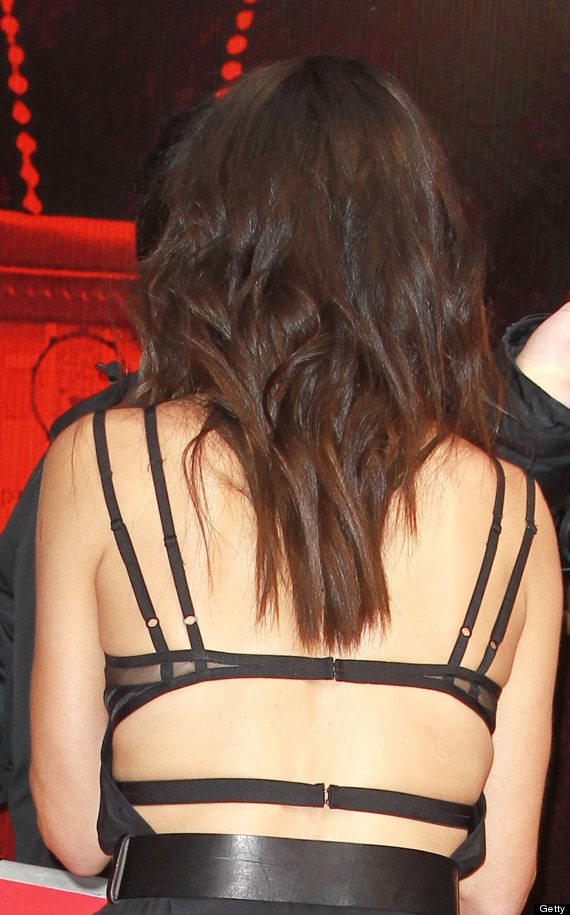