It was all laughs between former lovers Sandra Bullock and Matthew McConaughey, who goofed off on the red carpet at the 17th Annual Hollywood Films Monday night in Los Angeles.

The one-time couple -- who dated after meeting on the set of 1996's "A Time To Kill" -- appeared friendlier than ever as they laughed and hugged it out with McConaghey's wife Camila Alves. (Bullock has forged her own friendship with Alves, even taking her son Louis out on playdates with Alves and her children.) Bullock and McConaughey left with awards for Best Actress and Best Actor, respectively.

Despite the obvious affection, Bullock was always coy about her relationship with McConaughey. In 1997, she said that McConaughey had "become a powerful force in my life" and that "we have fabulous chemistry together," but insisted that they were only friends. 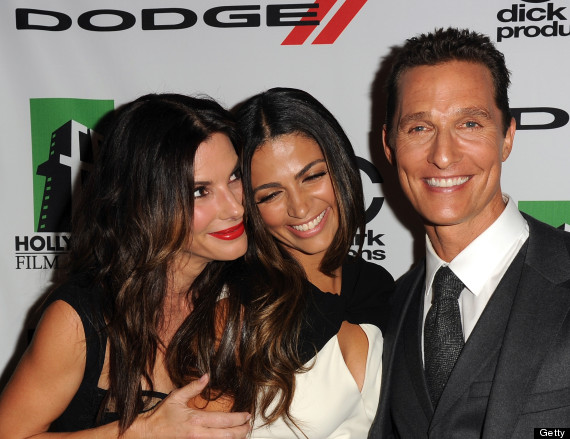 And Bullock and McConaughey in 1997: 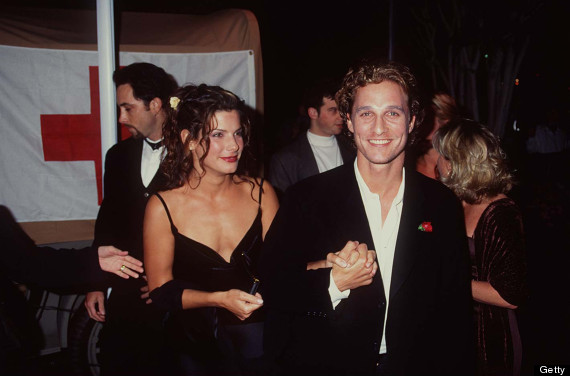