The city orbits around eight million centers of the universe, reads Billy Collins' poem, "Grand Central," displayed on the interiors of subway cars across New York City. Lift up your eyes from the moving hive.

Most of us go about our daily subterranean commute without lifting our eyes from the moving hive. New York City commuters are desensitized to the dozens of homeless we might encounter in any given day--and rarely do we look up to regard those who don't know where their next meal is coming from. But one woman, Connie Charney has been stopping to feed the hungry at Penn Station for years. Each week she puts a peanut butter and jelly sandwich in her coat pocket and gives it to someone on her commute from her home in Morristown, New Jersey to NYU in New York City, where she teaches a course in occupational therapy. 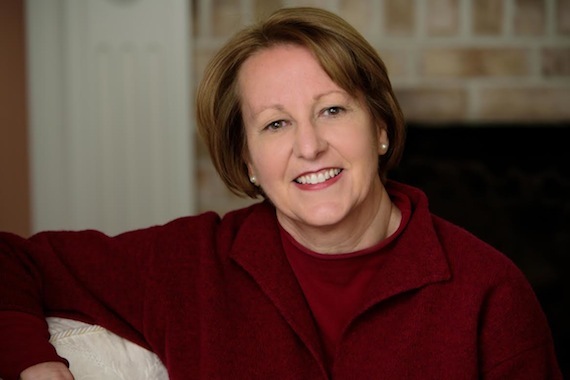 In 2013, after years of giving away sandwiches, Charney decided to turn her passion for giving back and love for greeting cards into Food for Thoughts Cards: With the purchase of every Food for Thoughts card, the cash equivalent of a peanut butter and jelly sandwich is donated to a food pantry, soup kitchen or other organization that feeds the hungry.

"I was giving over 40 sandwiches per year on my own and in the last two years we're at the cash equivalent of 13,500 sandwiches. It would have taken me over 300 years to donate that many sandwiches on my own." This past March, her altruism caught the eye of bestselling author Wes Moore, who established the Champions of #TheWork contest to award those whose passions have led them to address the world's greatest needs. Food for Thoughts Cards won a grand prize of a thousand dollars, which Charney will donate to select food pantries.

The cards, which go for $3.25, are sold online and in 55 retail stores across the U.S., where one in six people is food insecure and one in five children go to bed hungry every night. "But you don't need to know the statistics to know that you're affecting change with your card purchase," says Charney, who sends the message that you don't have to be inordinately wealthy or a big name to give back.

No doubt Charney is a prime example of this--a pioneering entrepreneur, who began with small scale actions: handing out sandwiches and volunteering at soup kitchens before designing what would be the blueprint for Food for Thoughts Cards. With the help of skilled graphic artist, Clementine Swan, Charney turned her rudimentary sandwich crust drawing into 22 whimsically designed greeting cards, 12 everyday designs (anniversary, birthday, thinking of you, congratulations) and 10 holiday designs, all in the color palette of a PB&J sandwich. 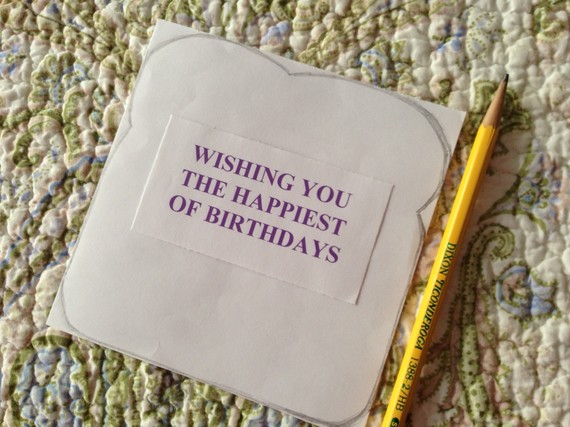 The retail stores that sell Food for Thoughts Cards may select a local food pantry to receive donations, so buyers know exactly where their money is going. "I believe in doing something that's palpable," says Charney, "I like this linear, measureable distribution of services." Food for Thoughts Cards is a donation powerhouse and is well positioned to grow since there's no end of hunger in sight. Charney jokes that she wouldn't mind if she went out of business because it would mean that all the hungry people are fed.

To purchase a card from Food for Thoughts Cards is a small act of kindness that goes a long way and Charney explains that it could even raise hunger awareness throughout younger generations. "I see this as a beautiful tool for teaching children about giving back. I see the mother and child standing at the card rack at the store and the mother saying to her son, let's get the card that feeds the hungry."