If you were to imagine the studio digs of Tina Weymouth and Chris Frantz, members of two defining new wave bands -- Talking Heads and Tom Tom Club -- you might not envision a cooler full of juice boxes in the corner. Today, though, the couple welcomed their newest collaborators: 20 school kids from Newtown, Connecticut, all aged in the single digits.

They are the classmates, teammates, friends and neighbors of children killed by gunman Adam Lanza, whose attack on Sandy Hook Elementary School last December made headlines across the world. For two days this month, the kids -- many of them Sandy Hook students -- will record the Judy Garland classic "Over The Rainbow" in the Tom Tom Club studio (tucked into the couple's Fairfield, Connecticut home), under the eye of Weymouth, Frantz, and Newtown-based vocal coach Sabrina Post. 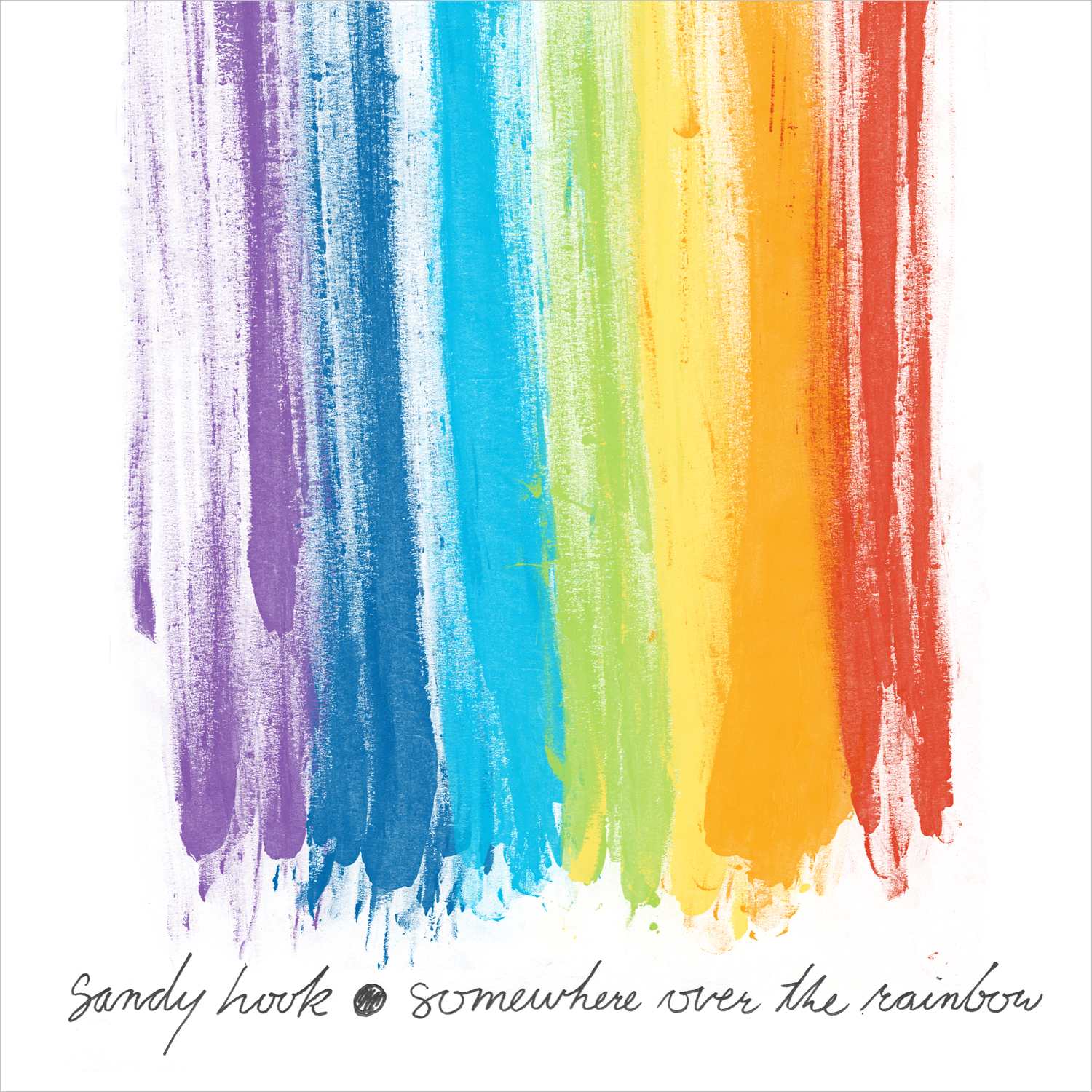 Album art for 'Over The Rainbow.' Courtesy Tim Hayes.

Speaking by phone to The Huffington Post Monday, Weymouth positioned the project as an appeal for a national conversation on stricter gun laws. "We fetishize guns and we fetishize children in this country. But I think we love our children more than our guns," she said. Frantz echoed the hope, noting that he and Weymouth moved their family from New York City to Connecticut "to get to a place where it's safer."

The finished song will follow Israel Kamakawiwoʻole's arrangement for the ukulele, and will include the voice of "another Platinum selling artist," according to the project's organizer, CBGB co-owner Tim Hayes. It goes on sale January 15 on Amazon and iTunes, with all proceeds directed to two Newtown area charities, the Newtown Youth Academy and the United Way of Western Connecticut.

Arts On Our Radar Sandy Hook