As over 100 world leaders meet in Paris this week to negotiate the climate change agenda for the next couple of decades, proposing solutions and setting targets, we encourage them to put greater emphasis on some of those issues that are seldom discussed. One of these is sanitation.

Not only does the poor quality of existing sanitation cause significant health problems for billions of people across the world, inadequate, poorly thought-through sanitation systems are contaminating our environment. And still, sanitation barely gets a mention in international statements and commitments.

What do we mean by sanitation? This broad term includes the latrines that the majority of the rural population use in the global South, as well as the toilets and sewerage systems that people in the global North are more familiar with. It also covers needs such as menstrual hygiene. Faecal waste and raw sewage are often present in the local environment due to a lack of adequate toilets, or poor quality toilets, broken sewers and inadequate treatment systems, all of which contribute to contamination of living environments and surface -- and groundwater, impacting on human and wild-life. 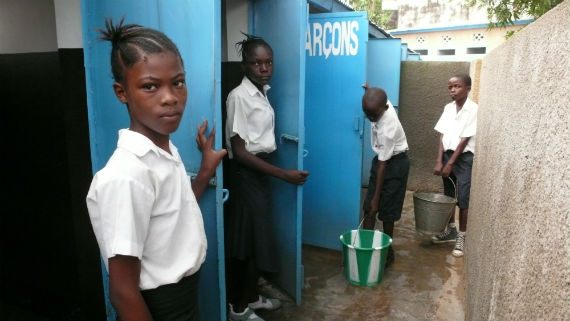 This is the shocking situation that billions of people live with every day, without taking into account the devastating impact that climate change is having on peoples lives and livelihoods. Extreme weather events such as drought, flooding, or storm surges, as well as the problem of sea level rise put existing sensitive, often antiquated sanitation systems at risk.

Drought leads to insufficient water resources being available to flush sewage systems adequately, and accompanying higher temperatures can have an impact on how sewage systems operate. Flooding, from storms or sea level rises, can lead to inundation of both pit latrines or sewage treatment facilities, which increases the risk of contamination of the environment. In the majority of existing urban systems, storm water drainage is combined with the sewerage system, putting urban areas at risk of sewage contaminated flooding. Sewage treatment plants are often positioned on low-lying ground, as sewerage systems rely on gravity, but this puts them at risk when groundwater levels rise due to flooding or sea-level rise. Rivers and other bodies of water are regularly polluted with untreated sewage.

As local climates change, as temperatures vary with reduced predictability, as regions experience higher or lower rainfall, and greater extremes in weather patterns, it is crucial that resilience is built into the existing and planned sanitation systems.

It is generally the poorest people in any country, living on low-lying ground susceptible to flooding, and with the least ability to mitigate against climate events, who will be worst effected by the impact of climate change, further entrenching existing inequalities.

Sanitation and Water for All's partners are addressing climate change through commitments made at a High Level Meeting held in 2014. The French Development Agency, a partner of SWA, has long been engaged in combatting climate change, and has committed additional resources to finding sanitation solutions that are adaptive to climate change. Bangladesh has committed to addressing the impact of climate change on people with disabilities and the extreme poor. The Bill and Melinda Gates Foundation, with their Reinvent the Toilet Challenge specifically recognised the need for a solution that is 'off-grid' relying on neither water nor electricity to function -- a toilet that is resilient and adaptable for climate change. We also need to consider sewerage systems that require a minimum of water to function, to protect and conserve our water resources

We can see that climate change brings challenges -- but it also brings the opportunity to design the resilience necessary to improve sanitation generally, to provide better solutions than those that are currently being used, and to bring better sanitation to those billions of people currently without access.

One potential solution to the problem of faecal waste is the faecal waste itself. Untreated faecal matter is rife with dangerous pathogens -- but it is also rich in nutrients, and, provided the faecal matter has been treated, this can be used to improve soil. As the global population grows, with more people living in environments that are at risk from climate change we must harness the good out of that which we now see as bad.

At the Sanitation and Water for All partnership, we are excited about the opportunities that the climate talks in Paris will bring. Our vision is access to sanitation, hygiene and water for all, always and everywhere. This must include paying close attention to climate change. SWA, in identifying sustainability as a key concern in the provision of sanitation, has committed to ensuring that the planning for universal access to improved sanitation includes robust analysis of the potential impact of climate change.

We therefore welcome the challenge of improving resilience against climate change at the same time as improving sanitation for the billions of people who do not have adequate access to this service. We invite the global climate change community to engage with us at Sanitation and Water for All. United we are stronger! 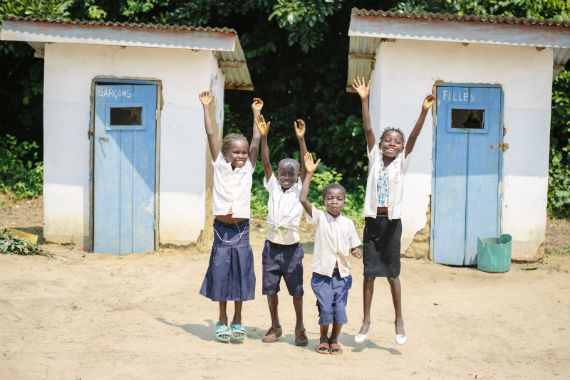 Executive Chair of the Sanitation and Water for All partnership