When one walks down the streets in Makola Market, you are overwhelmed by all of the trash that litters the streets. Trash and waste are everywhere. Accra is the capital of Ghana and is a modern city, yet there is garbage all over. There are many reasons for this:

Lack of Proper Sanitation Only 77.5% of homes have toilets. Only 30% have flush toilets. The average person in Accra has to share toilets with 10 or more persons in public latrines. Lack of plumbing has led to huge amounts of water being dumped on the streets.

Lack of a Working Sanitation System Waste removal is for the wealthy because they can afford it. Only 60% of the population has regular waste collection. As of June 17th, all 3 refuse dump sites were closed down. Because of this open sewers and rains are full of trash. Most of the pipes are in polluted gutters. Broken or vandalized ones are open to germs.

Lack of Public Awareness and Proper Education about Causes and Prevention of Diseases There is a lack of information to the public about how diseases spread because of germs and poor sanitation. Most people are not aware that Accra's trash problem is a growing cause of many of its diseases. In 2008 over 700US million dollars was spent on treating malaria in Ghana. That figure has not slowed down. Malaria is the number one health problem all over Ghana, especially in Accra.

Malaria accounted for 53% of Accra's illnesses last year. According to the National Malaria Control Programme, "During 2009, a person in Ghana died from malaria about every 3 hours. This means about 3,000 people died of malaria in Ghana that year alone, most of them children. Cholera is another big problem in Ghana. As of November 2011, cholera has claimed 101 lives. There have been 10,002 cases reported in Ghana. The cholera outbreak has been directly linked to a lack of proper refuse dumping sites and improper disposal of waste. Deputy Health Minister Rojo Mettle Nunoo has asked assemblies to implement their sanitation by-laws. He has stated that Accra and other larger cities face a 13% chance of a cholera epidemic. He also stated that frequent occurrences of the outbreak happen because many homes, work places, and public places do not have facilities.

So where does Accra go from here? The biggest problem facing Accra is that of mindset. Accra's people need to adjust their mindset to the changing times. It is no longer ok to throw trash on the ground and in their gutters. People must educate themselves on the dangers of inadequate sanitation and begin using garbage containers. Authorities from the Accra Metropolitan Assembly (AMA) must implement proper sanitation planning. Without, the above Accra will continue on its course with disease and death. 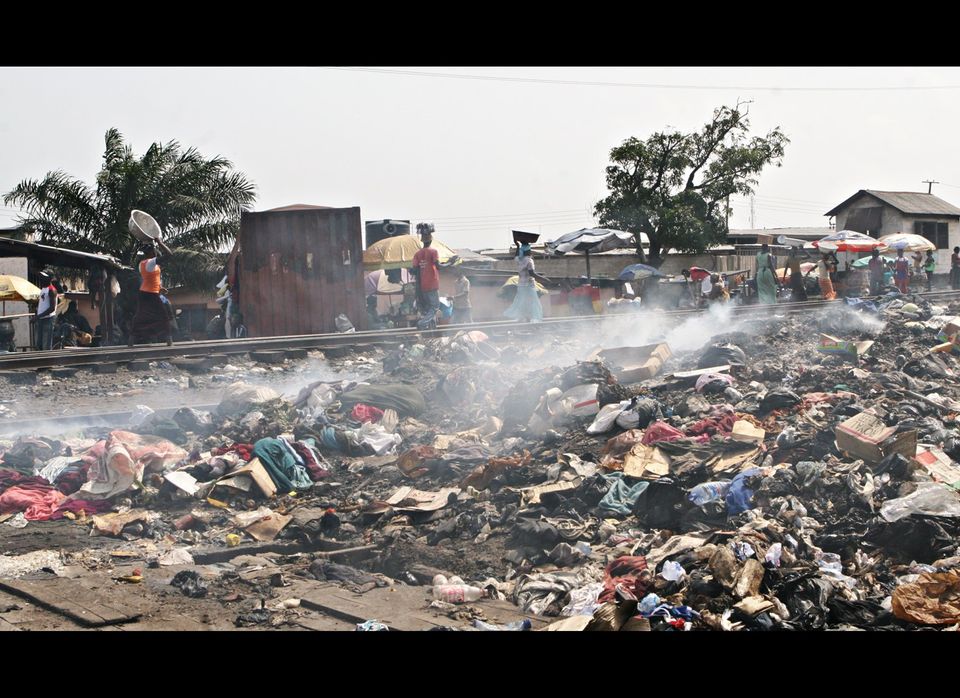