Dr. Sanjay Gupta's recent op-ed that described his "doubling down" on support for medical marijuana has inspired a Colorado dispensary to honor CNN's chief medical correspondent with a new, potent strain of medical cannabis.

Boulder, Colo.-based Helping Hands Herbals has dubbed the new strain "Double Down Kush," deriving it from their original "Gupta Kush" which the dispensary launched in celebration of "Weed," Gupta's 2013 medical marijuana documentary.

“Our patients love Gupta -- especially those with cancer, MS, PTSD and anxiety -- and we’ve been ‘doubling down' on Gupta Kush by polishing the genetics for a stronger pain-relief and anti-anxiety profile," said Jeff Kless, owner of Helping Hands, in a statement. "The result is Double Down -- a cannabis healthcare alternative. It’s fantastic. It’s like Gupta on steroids.”

Here's a close up of a "Double Down" bud: 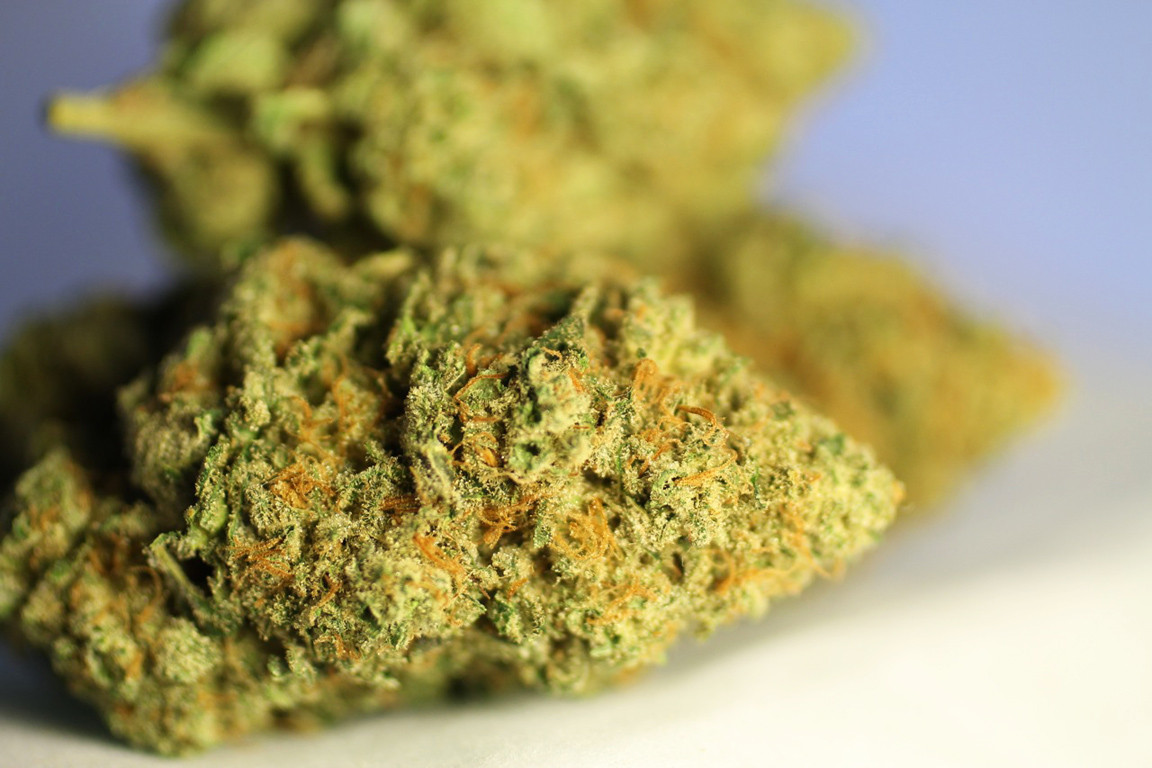 Last week, Gupta wrote a passionate op-ed for CNN reaffirming his position on medical marijuana. Since the cable news giant's "Weed" documentary aired last August, Gupta says he has continued to travel the world meeting with hundreds of patients and scientists.

"I am more convinced than ever that it is irresponsible to not provide the best care we can, care that often may involve marijuana," Gupta wrote. "I am not backing down on medical marijuana; I am doubling down."

In an exclusive interview with The Huffington Post, Gupta said he thinks that medical marijuana should be legalized federally, if at least to help the surge of patients -- called "refugees" -- uprooting themselves and moving to Colorado to take advantage of the state's expansive medical marijuana access. The patients who move to Colorado say they feel compelled to stay because using their medicine across state lines could land them in prison.

"This refugee situation that is developing, I thought it would be a bit apocryphal, I wanted to make sure I wasn’t being led down some false path -- but I met with these families and it is real," Gupta said to The Huffington Post. "The idea that people are able to get their cannabis medicine in one state, but not another, defies some of the core principles of our medical system, which strives for an equality of health care in terms of options."

Earlier this week, CNN premiered the second installment of Gupta's documentary, "Cannabis Madness" wherein Gupta takes a close look at the refugee situation in Colorado and the federal laws that classify marijuana as one of "the most dangerous" drugs available, "with no currently accepted medical use."

The documentary also explores the "entourage effect" of medical cannabis -- the idea that there are nearly 500 natural components of the cannabis plant, with more than 60 identified as cannabinoids and the mounting evidence that the compounds work better together than isolated -- which Gupta described in detail this week on CNN.

“Dr. Gupta is America’s best-known doctor and continues to drive the conversation about marijuana," Kless said in his statement. "His discussion of the 'entourage effect' will help the medical community understand cannabis therapies. He’s normalizing pot and has become a true medical marijuana pioneer in the process.”