Key West is known for sunshine and being a vacation paradise. It is the most southern tip of the United States, 90 miles from Cuba. You can embark on an adventure through a trolley ride, visit President Harry Truman's "Little Whitehouse," walk the legendary trails of Ernest Hemingway, and eat countless slices of Key Lime pie. The warm weather, delicious food, and cultural diversity will have you book the next trip upon arrival. I was fully indulging in the Florida Sunshine experience when my tour guide mentioned the African Cemetery. This sent me on a path of exploration and self-discovery.

A missing chapter of the Key West tourist experience is a memorial site which is nestled on the shores of Higgs Beach. It provides a glimpse into the horrific, human degradation and deprivation of human dignity experienced during the Atlantic slave trade.

During the period between the late 1600s and early 1800s, millions of Africans were enslaved and placed on slave ships headed to the United States, Brazil, and Caribbean. This treacherous voyage from Africa to America could take from three weeks to three months. Many died at sea before reaching the distant land. Slaves were chained together and left to wade in pools of their own blood, urine, and feces. One 18th century ship observer wrote, "The floor of the rooms was so covered with blood and mucus which had proceeded from them in consequence of dysentery that it resembled a slaughter house." Notably, you could smell a slave ship before it was even physically visible.

In 1860, three American-owned ships headed to Cuba were captured in Key West, Florida due their contents- illegal cargo referred to as "slaves." The three ships were the Bogota, Wildfire, and William. Almost 1,500 Africans were onboard when the ships were captured by the U.S. Navy. 295 people died during the eighty five days they were in Key West. The survivors were sent to Liberia for the possibility of re-settlement. Many did not survive and died at sea before reaching Liberia.

The history of the African Cemetery was discovered in 1997 by historian Gail Swanson. The memorial site is located on the shores of Higgs Beach. The center of the memorial is a compass surrounded by a map of the world which illustrates the route of the slave trade from the distant shores of Benin and the Congo to the United States. The backdrop is the clear blue still waters of the Atlantic Ocean. You are greeted by a gentle breeze with the sun beaming in your eyes.

The sayings alongside the memorial help to connect the past, present and the future. The sayings are beautifully engraved into each post. Some of them are featured below:

1.Nkonsonkonson reminds us that "we are linked by blood in life and death." The symbol is a chain which connects the slave experience with a rich legacy of perseverance, tenacity, community, and faith.
2.Gye Nyame sets forth the omnipotent nature of God: "I fear nothing in the Universe, except God." This reflects the African connection with a deep and unwavering faith in holding on to God's unchanging hand.
3.Mate Masie challenges each of us to gain wisdom, knowledge, and prudence through the exploration of history.
4.Osram means "the moon does not hasten on its way around the world." This is a symbol of steadiness, peace, and patience
5.Nyame Birini Wo Soro is a symbol of hope and faith. "God, I know there is something in the heavens." This saying also reflects the Brazilian proverb: "Don't tell God that you have a great problem. Tell your problem that you have a great God."
6.Wawa Aba compels us to look to the Wawa tree as inspiration for its hardness, toughness, and endurance. This unwavering tenacity is reflected in the fact this passage typically was nearly 6 weeks in the most inhumane, unsanitary, grueling conditions.
7.Epa is symbolic reflected by handcuffs as a reminder that "you are the property of the one who handcuffs you were." This is a symbol of justice and equality for all. It also acknowledges human dignity as the foundation of natural law.
8.Sankofa reflects the philosophy of "go back and fetch it." It also means "we must return to the source." 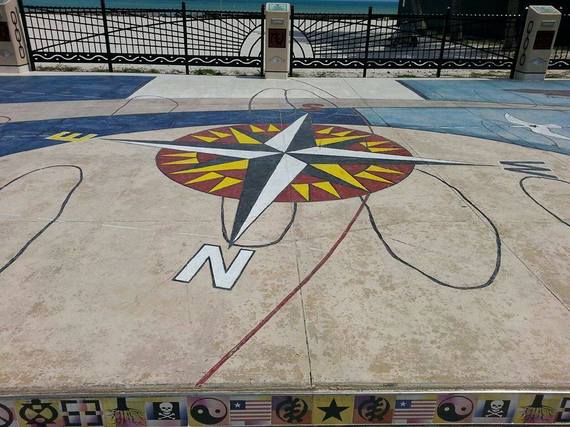 Sankofa marks both the beginning and end of the memorial. As I passed the circle, I was challenged to retrieve and remember what was lost. Not cargo, not money, not slaves but African men, women, and children. Someone's mother, brother, aunt, or husband boarded these fleets at points of no return. Two hundred ninety five individuals with a name, story, culture, and heritage were laid to rest at this site. However, their stories live on as we challenge modern day slavery in the form of mass incarceration, human trafficking, discrimination, bigotry, and hatred.

As I walked to the end of the circle, I made a silent pledge to remember this lost chapter of American history by teaching my students about the African Cemetery and challenging my students to leave the world a better place than how they found it. This is Sankofa. This is a call to Leadership for Social Justice. I could hear the words of Ossie Davis as I departed. When he delivered the eulogy of Malcolm X, he left a message for the ages: "Consigning these mortal remains to earth, the common mother of all, secure in the knowledge that what we place in the ground is no more now a man - but a seed - which, after the winter of our discontent, will come forth again to meet us. And we will know him then for what he was and is - a Prince - our own black shining Prince!"

I dedicate this blog to the Princes and Princesses buried on the shores Key West. Lest, we forget. 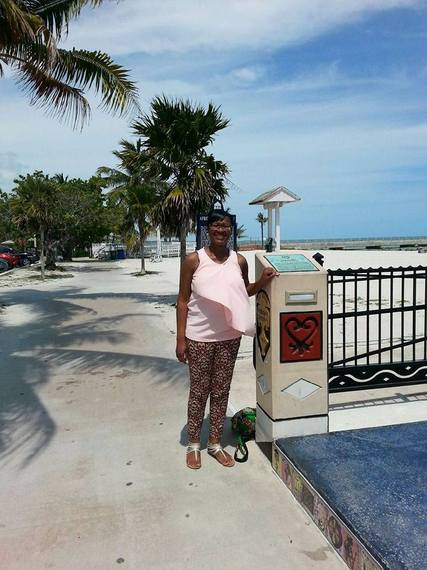