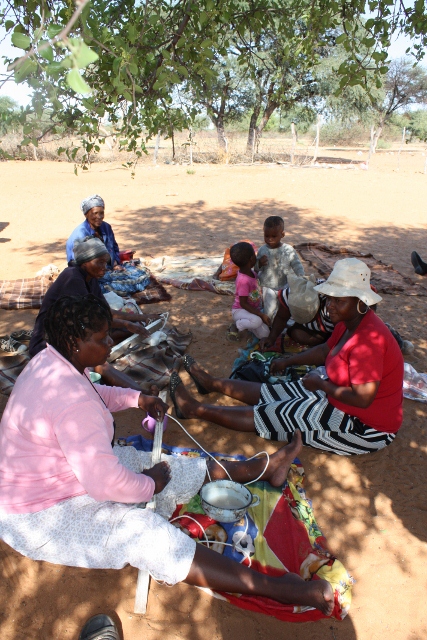 This is Metsimantle. It is a remote settlement in Botswana only accessible by sand roads. The San people who live in Metsimantle are part of an indigenous minority group who are often derogatively referred to as Bushmen.

The San are one of the oldest peoples in the world, having lived as hunters and gatherers in countries across southern Africa for over 20,000 years. Like first peoples elsewhere, from Aboriginal peoples in Canada to the Māori in New Zealand, the San have a history of discrimination, social exclusion, erosion of cultural identity and denial of rights as a group.

Of the San groups across southern Africa, the San in Botswana are among the most persecuted. In three large clearances, in 1997, 2002 and 2005, the Government of Botswana forced almost all the San people off of their ancestral lands on the Central Kalahari Game Reserve. Their homes were dismantled, their school and health posts were closed, their water supply was destroyed and the people were threatened and trucked away. Most of the San people of Botswana now reside in small settlements across the country, like Metsimantle.

Due to the discrimination and inequality the San face and the erosion of their traditional lifestyles, the majority of the San live in extreme poverty. The people living in Metsimantle are gripped by alcoholism, depression and illnesses such as tuberculosis and HIV/AIDS.

The Sans' story is one of indigenous peoples' around the globe -- that of struggle to keep their traditional way of life alive. Efforts to protect the San culture and empower the San out of poverty are continuing through various non-governmental organizations in Botswana. Much of these efforts focus on the empowerment and education of San women and small improvements are being made.

Check back in later for an upcoming post where I will introduce you to an inspirational San woman who is working with women in San settlement across Botswana to earn income through the sale of their traditional craft products.