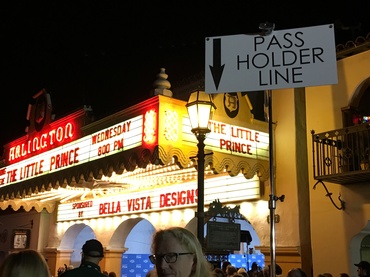 The Santa Barbara International Film Festival opened Wednesday night with long lines, heightened security and enthusiastic attendance. The Opening Night film was,"The Little Prince," directed by Mark Osborne, an animated story about how a little girl, (voice by Mackenzie Foy), befriends an older, eccentric man next door, (voice by Jeff Bridges), and jumps on board with his dream to locate the little Prince (the one we know from Antoine de Saint-Exupery's children's book) that he had met in the desert. The film is a whimsical tale of remembering to see that, "the most beautiful things in the world cannot be seen or touched, they are felt with the heart." 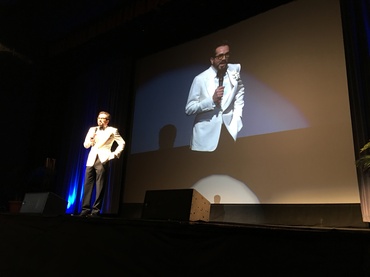 SBIFF Creative Director, Roger Durling, took the stage and gave a warm Opening Night greeting to all in the Arlington Theatre, recounting one of his own favorite lines from the book, about having "to endure the presence of a few caterpillars if I wish to become acquainted with the butterflies." He thanked all the people, his team, the volunteers and the sponsors for making the festival possible. He embraced the room with a warm, positive energy.

The Love Has No Labels/Diversity & Inclusion video made by the Ad Council for Valentines Day 2015 was played before the feature. If there was an intention to set a tone of love and compassion for humanity for the festival, I sure felt it. 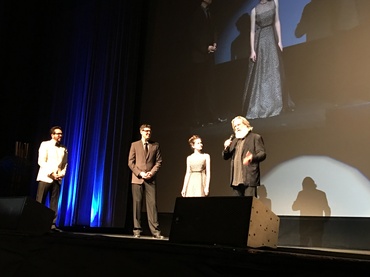 The first film I saw the next day was a documentary called, "Be Here Now:(The Andy Whitfield Story)", directed by Lilibet Foster. The film tells the story of the star of the mega-hit television series, Spartacus, being hit with life threatening cancer, and how his family holds together and love grows deeper. Andy's gift to all, as expressed in the film, is a reminder, to "Be Here Now." 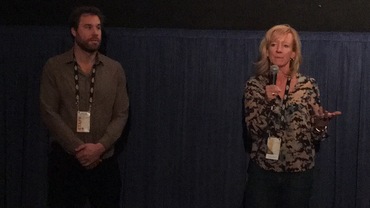 Next stop was over to the Lobero Theatre for the Free Admission screening of, "Resilience:The Biology of Stress & The Science of Hope," directed by James Redford. The film follows a movement of pediatricians, neurologists and educators who have found that, "stress on children is a neuro toxin that changes their brain and bodies," and has profound adverse affects on cognitive development, performance and coping mechanisms. 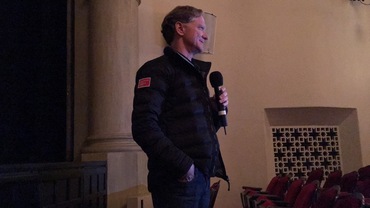 Redford humbly said that his producing partner, Karen Pritzker, a philanthropist in Connecticut, "gets all the credit for sending me the adverse childhood experience study about 3 and a half years ago," which sent him on the journey to produce the film. With the understanding of how the body remembers, and that we are the sum of everything we have lived, this documentary is boosting a revolution to deeper thinking around behavior suggesting to look beyond the question what's wrong with you , to understanding more about, what happened to you. "The biggest problem we need to avoid is people not wanting to talk about it," as stated by one of the doctors interviewed. It's a fascinating and important film. Find a way to see it and check out their website! 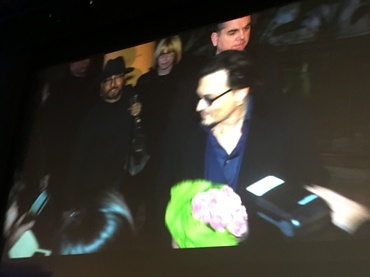 Come evening, excitement rose on State Street, with the kind and cool, Johnny Depp, in town to be honored with the Maltin Modern Master Award at the Arlington Theatre. Something delayed him to be 45 minutes late. I didn't mind but it bothered the man sitting next to me. You can't please everyone at Film Festivals no matter what you do! 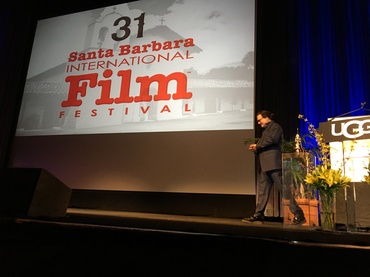 Johnny did arrive. I am not sure that being interviewed is his favorite thing....Leonard Maltin did the best he could to open him up and make him feel comfortable. Johnny was indeed very present though, as he gracefully dealt with a heckler, and sat through many, many film clips of his performances. (Perhaps a few too many...) Johnny loved working with Marlon Brando and said he was very kind. "He was a lot of things to me." Depp was very funny telling us about Al Pacino. "Al Pacino looks like the kind of guy who is going to hand you your ass." After having spent some time together, Johnny told Al,"You are certifiably insane." To which Pacino replied, "You are pretty fucking strange yourself." 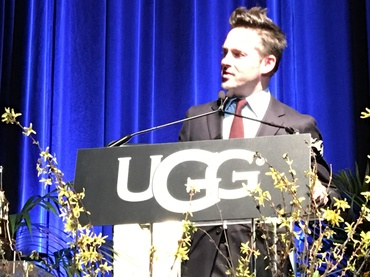 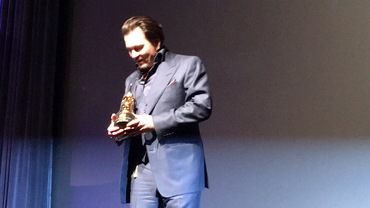 Scott Cooper, Director of "Black Mass," came to the podium to give Johnny his award. Cooper commented on Depp's, "cinematic brilliance," and his,"deep reservoir of emotional intelligence." Depp received his award, was visibly touched and grateful. The full house filed out of the theatre and the after-party was just starting...

Stunning Photos Of André Leon Talley's Style Through The Years