COPENHAGEN (Reuters) - Braving Europe’s heatwave, more than 150 Santas from around the world donned their heavy suits and full beards at their annual conference in Denmark.

As the 61st World Santa Claus Congress kicked off in Copenhagen, many of the delegates - from countries as far away as Japan and the United States - took a paddle in the sea, to the amusement of local bathers.

The three-day event will see the Santas visit the Little Mermaid statue during a parade and go head to head in the Santa Obstacle Course World Championships.

“Normally us Santas work alone,” said Santa Ian Tom, 67, from Scotland, who is attending his sixth congress this year.

“This is like a big family. But a family you get on with.”

For Santa Douglas, 60, from Washington D.C., attending his twelfth convention, it’s the international feel of the event that keeps luring him back.

“It’s interesting how when meeting others their culture starts to rub off on you and yours on them. For example, a lot of the Santa suits now are not the traditional gray Danish one. They’ve gone more American, which in a way is a shame.” 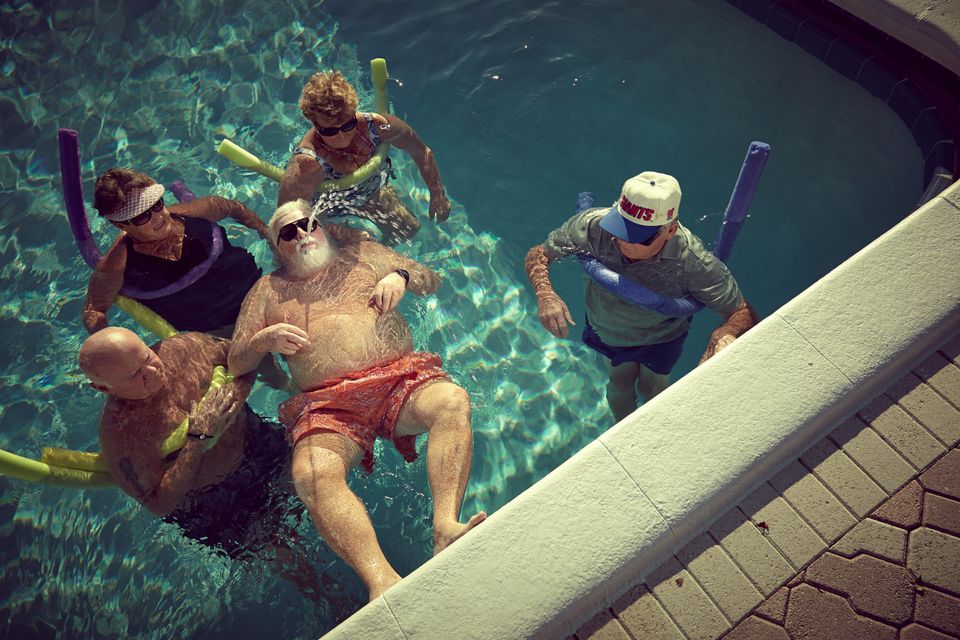