Santa Monica got festive -- and probably slightly inebriated -- in celebration of Christmas at the Third Annual Santa Monica Pub Crawl Saturday night. Each route made seven jolly stops at some of the westside's best bars and it was all done for a good cause.

Crawlers donated $10 -- unlike last year where canned non-perishables were accepted -- to join the Santa-extravaganza with proceeds going to The Westside Food Bank.

The entrance fee got you a wristband which gave you the freedom to drink and eat at each of your seven stops and a ticket to the official after party. Drunk drivers (and the Grinch, too) were 86ed by the Big Blue Bus which provided $4.00 unlimited rides for crawlers and Yellow Cab which handed out "taxi dollars" to the first fifty people to check in.

"The event engages the entire community, generates awareness about the critical issue of local hunger and helps us provide for meals for local families in need," Genevieve Riutort told the Santa Monica Mirror.

Browse pictures from the event below:

Santa Monica Pub Crawl: Getting Jolly On The Westside 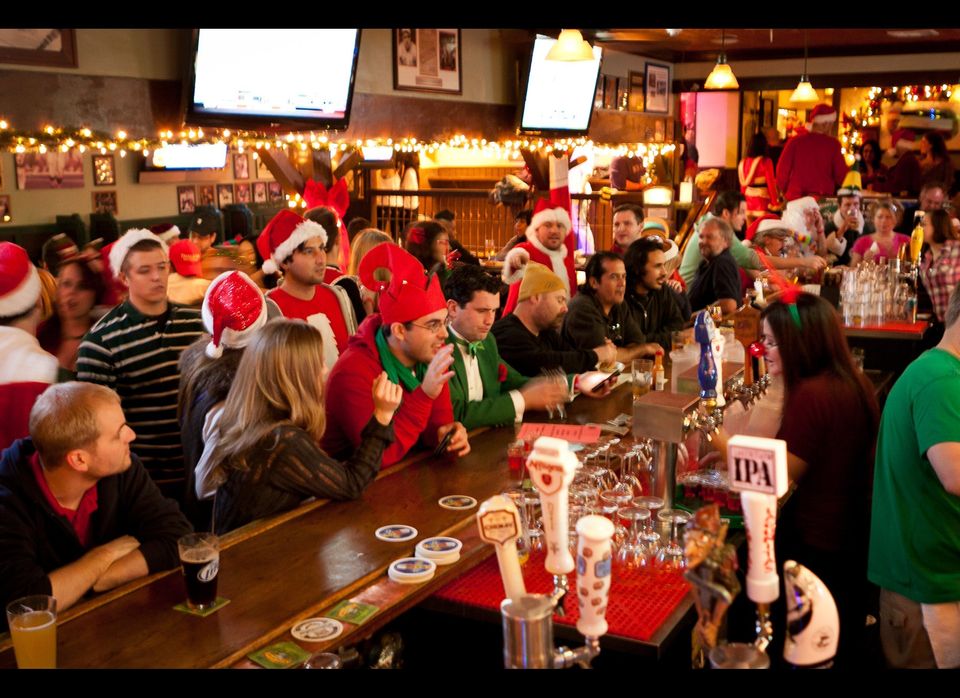