If you weren't aware, it's ice festival season in Asia. Japan joins the frosty party with the Sapporo Snow Festival, which kicked off yesterday on the majestic island of Hokkaido.

The fest turned Sapporo's Odori Park into a winter wonderland with 198 snow statues of people, ice sculptures shaped like hearts, and re-creations of historic buildings in Malaysia and India (why they're not buildings in Japan, we do not know).

This sculpture is called "Winter O-Mo-Te-Na-Shi," or "Winter Hospitality." 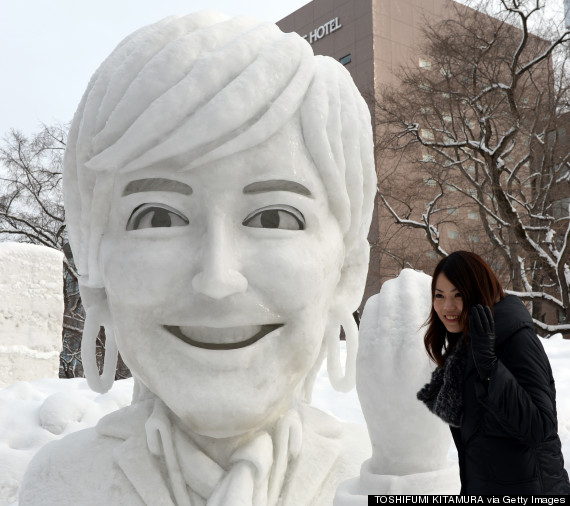 A snow version of the Itmad-ud-Daula tomb in India. 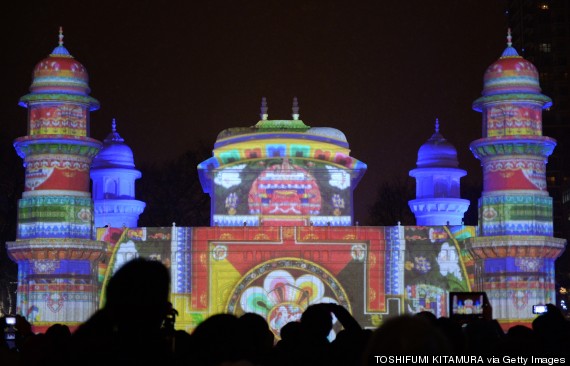 The Sultan Abdul Samad building in Malaysia, in ice. 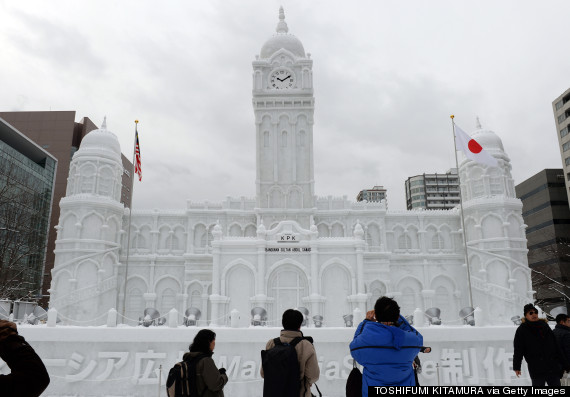 This one's called "Palace of the Heart." 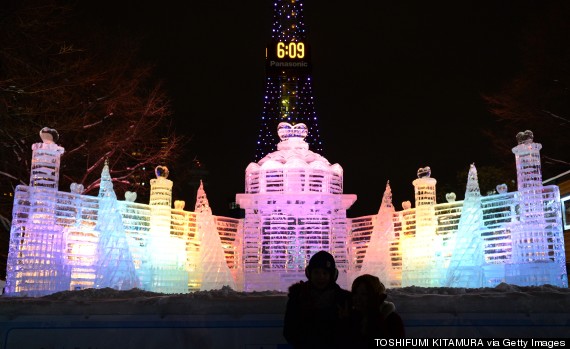 Special events at the Sapporo Snow Festival include bushwalking on skis, a snow slide, and an "international snow statue contest" where a team from the American city of Portland will face off against the nation of Thailand.

Indian dancers took the stage outside the Indian-themed snow sculpture, and Sapporo's "local idol group" Team Crereco sang with some flashy ice lights. We're booking our ticket for next year's Snow Festival... as long as they promise to do those disco moves again. 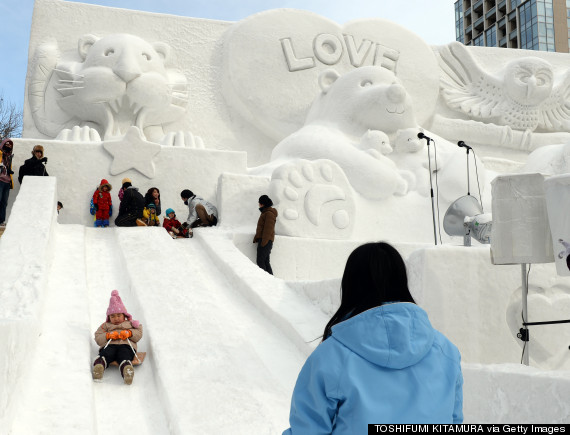 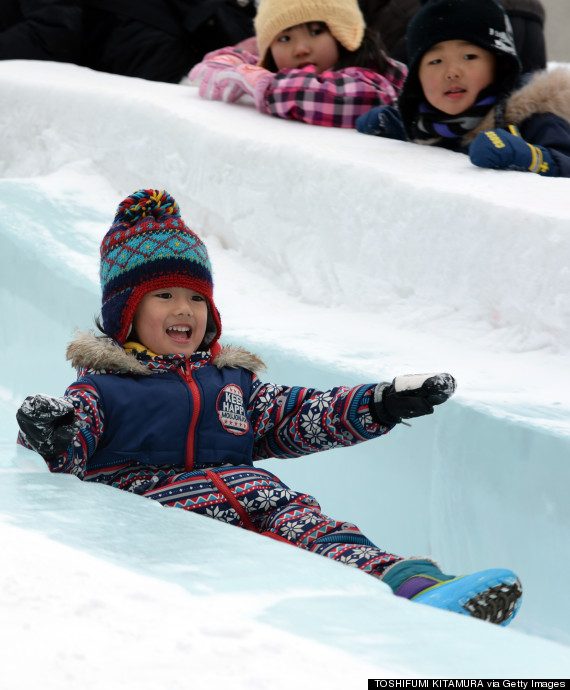 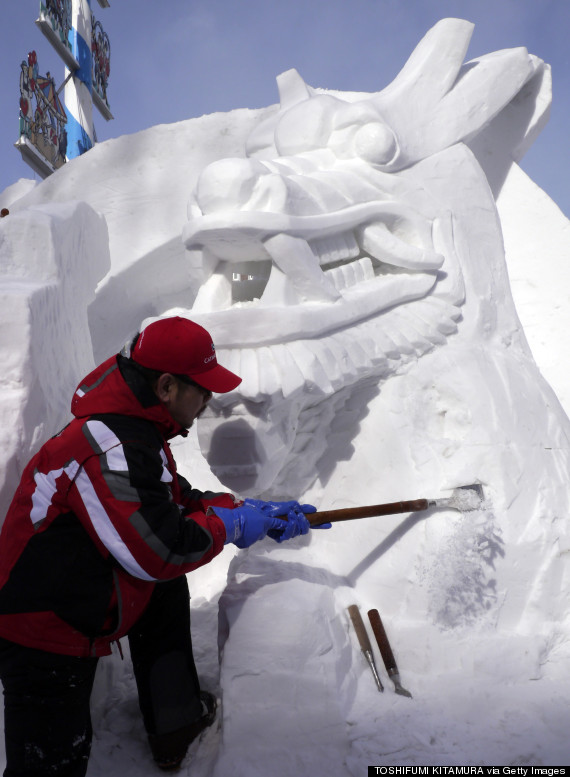 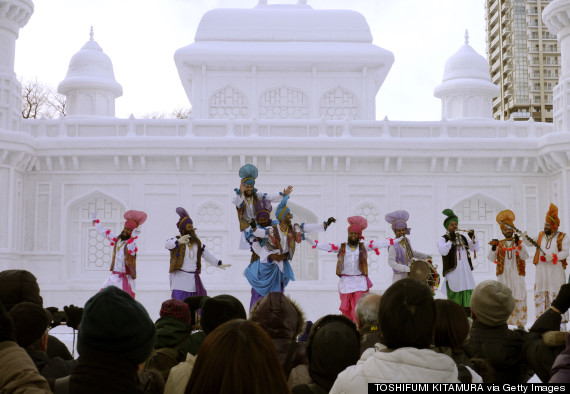 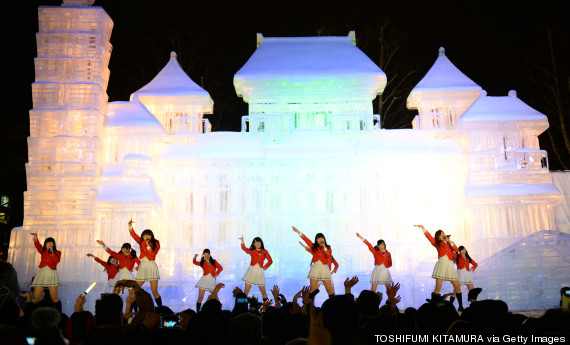