What Michael Jackson did for the "Moonwalk" Sara Mapelli is doing for the "Bee Dance."

Mapelli, 44, has created a lot of Internet buzz by topless dancing with 12,000 bees all at once.

The Portland, Oregon-based beekeeper describes her bee dances as "a duet among many."

"These 12,000 bees push with their powerful wings from each side of my body, I resist and then I let go and flow and move with them," she writes on her website." It is a deep meditation and I feel the hive mind surround me, hold me, and expand my body on a cellular level." 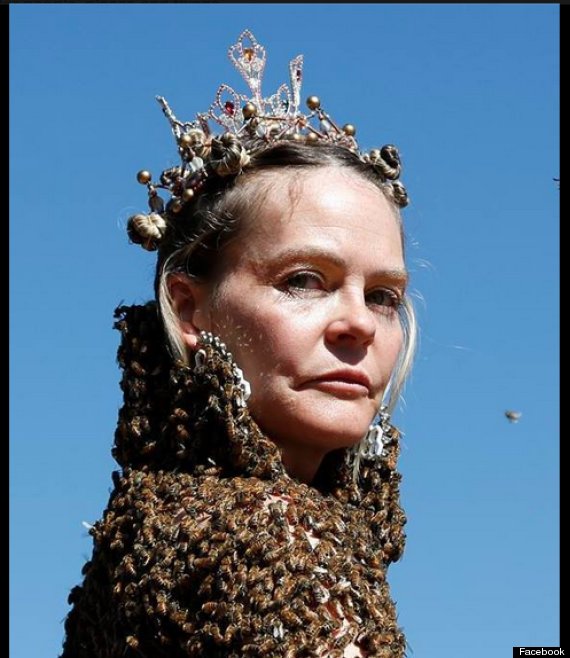 In order to attract the bees to her topless body, Mapelli anoints her body with a special pheromone oil that is equivalent to the scent of 100 queen bees.

The bees usually stay on her body for about two hours at a time.

Mapelli says she's been stung more than 100 times since her first bee dance in 2001, but that doesn't bother her.

“I just want people to understand that they don’t need to fear nature,” she said, according to India.com.

Mapelli describes the feeling she gets when doing the performances as like "being in a tornado of bees," according to Barcroft TV. 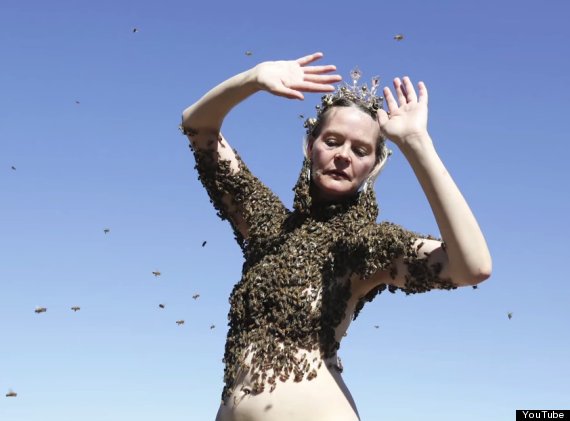 When Mapelli is done shaking her tail feather with the bees, an assistant removes the pheromone oil around her neck and then she jumps up and down to shake off the swarm, the Daily Mail reports.

She then removes any stingers sticking to her flesh with a soft brush.

Mapelli believes her bee dances send a message to the bees as well.

"I hope to help the bees of the Northwest by encouraging them to swarm and become hardy to the ever changing environment," she said in the description for a bee dance video posted to YouTube in 2012.