Sarah Hyland may play a typical teenager on the hit ABC show "Modern Family," but in reality the 21-year-old has been dealing with a health condition that required her to have a kidney transplant.

Hyland reveals in the June/July issue of Seventeen that she's been coping with a lifelong condition known as kidney dysplasia, which is when one or both kidneys do not develop normally during the fetal period. Hyland underwent a kidney transplant in early April -- she was given a kidney by her father -- and she says the entire experience has helped her realize who in her life will always be there for her.

"You know that family is going to be there for you no matter what," she said."My dad gave me a freakin' kidney! But it's also the families that you create outside of your family. And you really find out what kind of people you're friends with. It was just amazing, and it really opened my eyes to see who's there for me and who's not."

Hyland also added that her boyfriend, actor Matt Prokop, has been there for her every step of the way.

"He helps me with my medication and takes me to doctor appointments and all the stuff that I need to do to take care of myself," she said. "Any other 21-year-old guy would not be there, I guarantee it. I am one of the luckiest people in the world to have him be there for me."

Hyland isn't the only Hollywood star to have had a kidney transplant in the past several years. "30 Rock" actor Tracy Morgan received a new kidney in 2010 after battling kidney disease, and actor-comedian George Lopez had a kidney transplant in 2005. In 2009, Lopez started The Lopez Foundation which, among other things, helps educate people about kidney disease and organ donation.

For more from Sarah Hyland in Seventeen, head over to its website or pick up a copy of its June/July issue, on newsstands May 22. 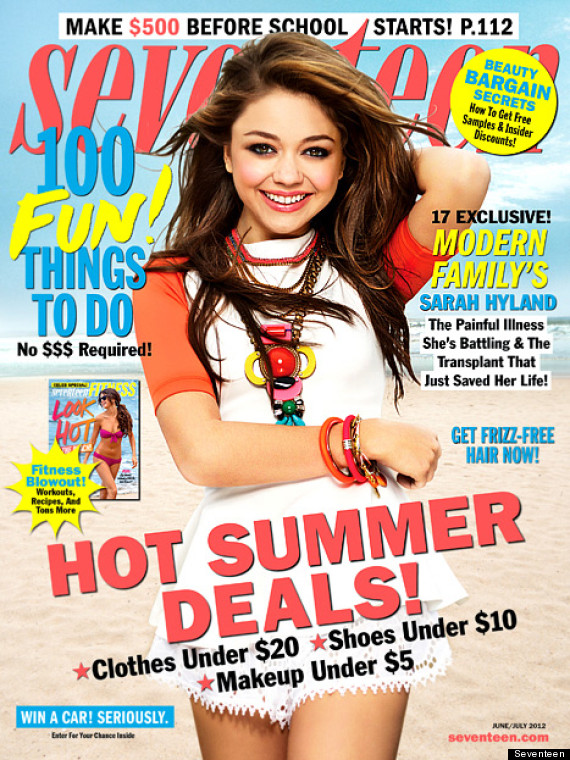