No matter how many roles she plays, Sarah Jessica Parker will always be Carrie Bradshaw to us. The chain-smoking, Manolo-wearing, belly-baring fashionista epitomized a very specific New York City in "Sex And The City," one where there is no such thing as a fashion mistake and every street is a potential runway. In our minds, it's a simple equation: SJP is Carrie Bradshaw is fashion.

But SJP may have sworn off the fashionista role for good. In the November issue of Elle, posing for the cover of the annual "Woman In Hollywood" issue, the actress reveals:

"I don’t love the idea of playing another woman who loves fashion and is slightly flawed in New York City. I loved Carrie, and I don’t want to do the poor man’s version of her. And while those are often the lucrative things to do, it’s more reason to look in the other direction."

On the one hand: nooooooo. We'll never be "over" Carrie. But on the other hand, we get it. Carrie Bradshaw represented a very particular New York fashion gal, a mantle arguably taken over by Lena Dunham's "Girls" girls (or perhaps the slicker "Gallery Girls" girls).

And yet, photographed by Alexi Lubomirski and clad in all sorts of expensive designer goods, SJP still looks every inch the fashion queen in Elle. After all, this is the woman who is currently playing an Anna Wintour-type on "Glee," dancing around a faux Vogue office and introducing the Gleeks to the glamorous city life. Her character, as described by "Glee" co-creator and executive producer Ian Brennan, is "frazzled, eccentric and hilarious."

In other words, a grown-up Carrie Bradshaw.

Phew. Check out the fashionable actress posing for Elle's "Women In Hollywood" issue -- along with Elle Fanning, Emma Watson and Octavia Spencer -- below and at ELLE.com. 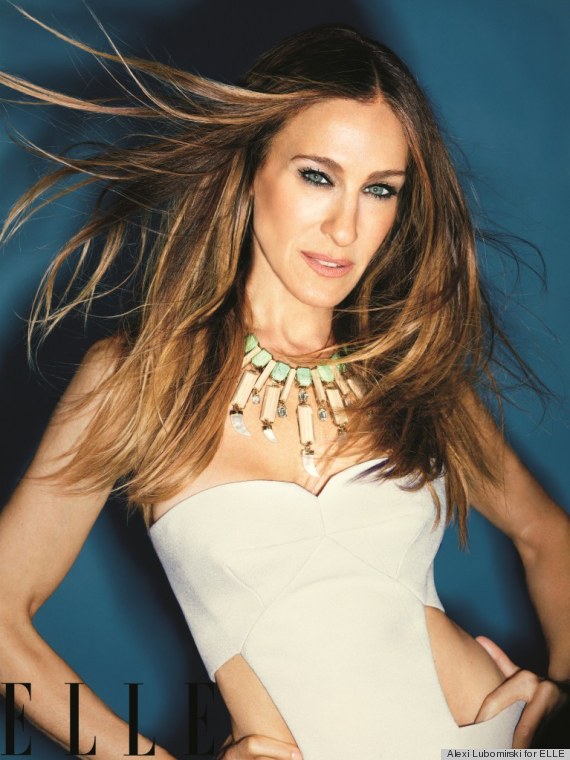 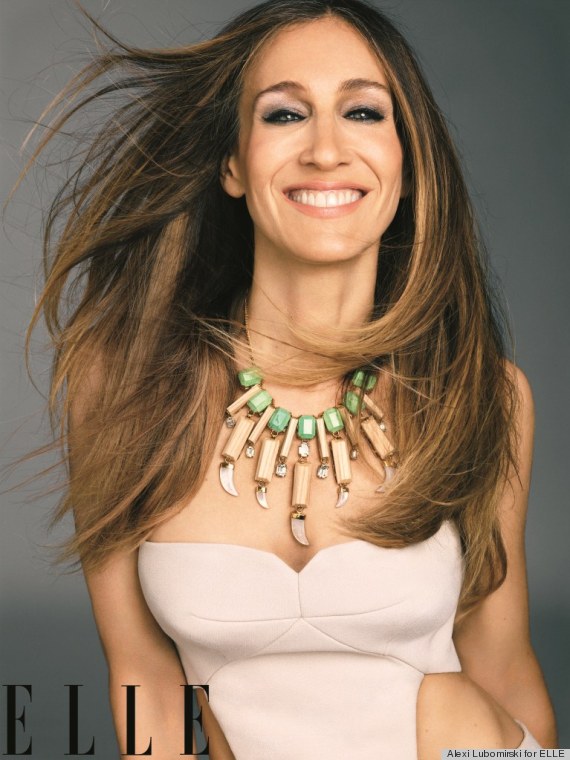 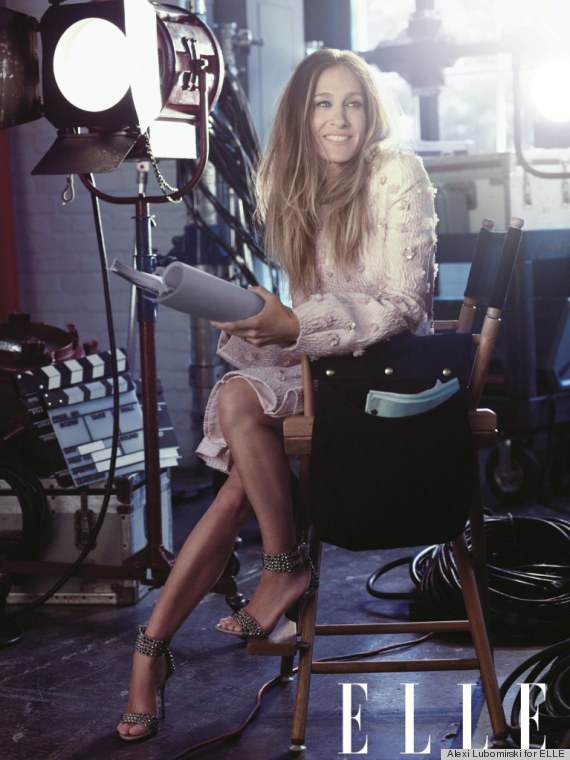 See SJP's style over the years: