A good Photoshop fail usually requires a double take. At first glance, things might seem normal. But upon a sharp second look, all logic seems to fly out the window. Or at least that's exactly what happened when we saw Sarah Jessica Parker's latest shoot for Harper's Bazaar China.

The actress graces the mag's March 2013 cover looking a little... well, otherworldly. Our friends over at PsDisasters spotted the alien resemblance, and we can't seem to get that image out of our heads now. It's hard to pinpoint exactly what was retouched, but it's safe to say that Sarah Jessica's had some involuntary work done.

The 47-year-old star has been the victim of overzealous handiwork before, too. Marie Claire gave her a strangely youthful hand back in 2010, and more than a few people suspected Photoshop was behind her look on the October 2012 cover of Elle.

But we think, without a doubt, Harper's Bazaar China is the worst offender. Did you also have to give the cover a good, hard look before recognizing the "Sex and the City" actress? 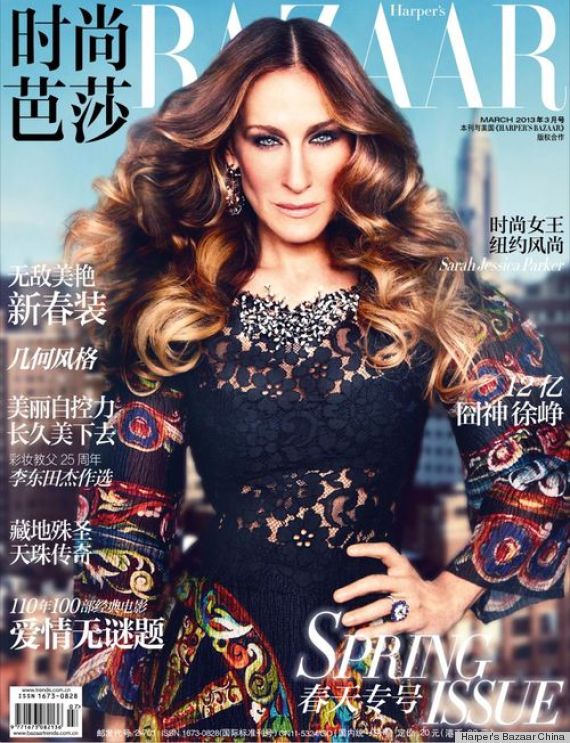