That third “Sex and the City” movie may not have come to fruition, but fans are getting a taste of Carrie Bradshaw for the first time in years ― and we have Matt Damon to thank for it.

Sarah Jessica Parker appears as the beloved character in the latest campaign for Water.org, dubbed Pour It Forward, an initiative with Stella Artois to help raise money and awareness for Damon and Gary White’s nonprofit organization ― aimed at providing safe water and sanitation to millions of people around the world.

In the new spot, you’ll hear the familiar “Sex and the City” theme music and watch Parker in a scene similar to the series’ opener, filmed on the streets of Manhattan next to a New York City transit bus.

“It’s been a while,” Parker told HuffPost about playing Bradshaw. “It was really fun. Slightly peculiar in the best possible way. It was especially meaningful because the purpose was to amplify this initiative.”

Parker said she decided to get on board because of the creative treatment of the shoot ― and the cause itself.

“I think just being right and clever about how they wanted to present Carrie for this particular idea — I relied upon their good taste and the subversive nature of it,” she said. “I think it’s smart. … In the past, you have a script and you have all the words you need to remind you if you’ve been away for a while. But this felt like an alternate universe. I was surrounded by smart and good people. It was really easy and really fun.”

Damon said he was thrilled Parker agreed to reprise the role and “the iconic moment” from the opening credits, adding, “It’s going to have everyone’s attention ... and that’s a huge megaphone she’s using to help this cause.”

Damon and White founded Water.org in 2009, and since then, the organization has helped some 16 million people gain access to safe and clean water. With Pour It Forward, they’re hoping to increase that number. With every Stella Artois beverage purchased, a donation goes to Water.org.

Damon told HuffPost learned about the need for clean water in developing countries on a trip to rural Zambia, where he met a young girl in a small village and saw the potential long-term benefits of access to safe sanitation.

He asked the girl if she wanted to stay in the village when she grew up. Her answer? “No way. I’m moving to the big city, to the capital. I’m going to Lusaka. I’m going to be a nurse.”

“It just reminded me of being 14 years old and being with Ben Affleck and saying, ‘We’re going to get out of here. We’re going to go to the big city of New York, and we’re going to be actors.’ And just that feeling of hope and possibility that all 14-year-olds should have,” Damon said.

“There’s a huge demand,” Damon said about the need for clean access to water in developing countries. “As Bill Clinton said to us in 2010 — this is before we hit our first million people — and he looked at our model, and he took us aside and he said, ‘Just run the numbers up. This is going to work.’ And the more it works, the more undeniable it becomes. We’re at this inflection point where we’re really starting to scale. We hit our first million people in 2012, and now we’re hitting over a million a quarter. So as the word gets out, it’s huge for us. … As Carrie Bradshaw trades in her cosmo for a Stella, that’s huge for us. And so it’s all part of this same effort to really scale.”

Parker is one of many celebrities getting involved in the initiative. Later this year, Water.org plans to bring more big names into the fold.

Meanwhile, asked where she thinks Bradshaw would be now, Parker said, “I imagine and hope that she’s reading and writing and surrounded by people that she’s fond of and people that are fond of her ― and she’s still asking questions.” 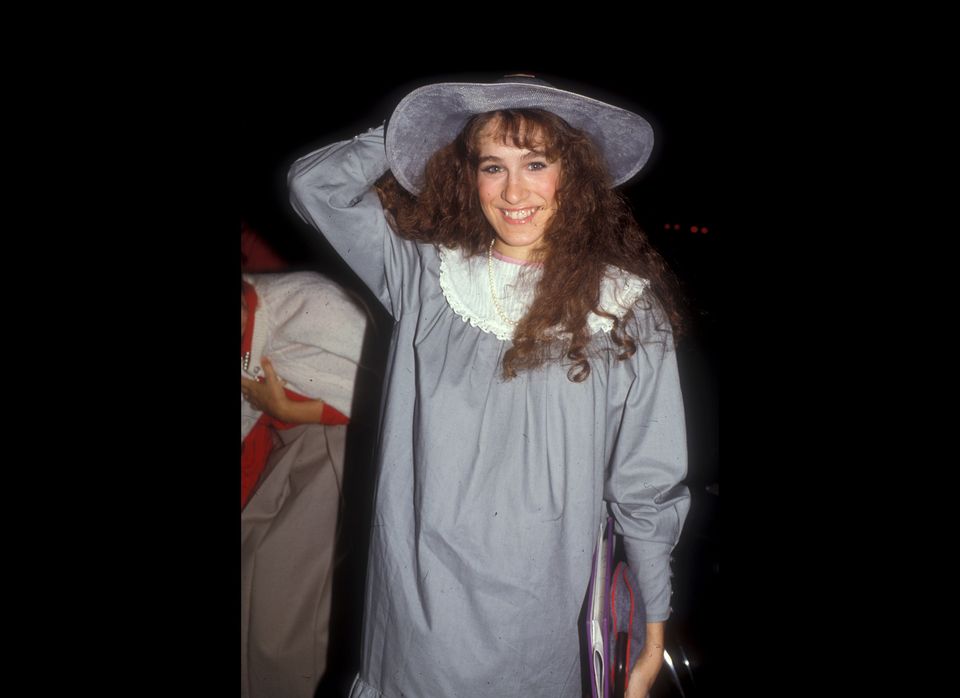