Sarah Jessica Parker has left no doubt as to who she will be voting for in the US election on Tuesday, not there was much.

Wearing red, white and blue, an Obama pin and a "Change" shirt, she joined other volunteers in making calls to undecided voters at the phone bank at the Obama NYC Headquarters Thursday, Oct. 30, 2008 in New York.

Parker has said son James Wilkie is an Obama fan

Photos of her working the phone: 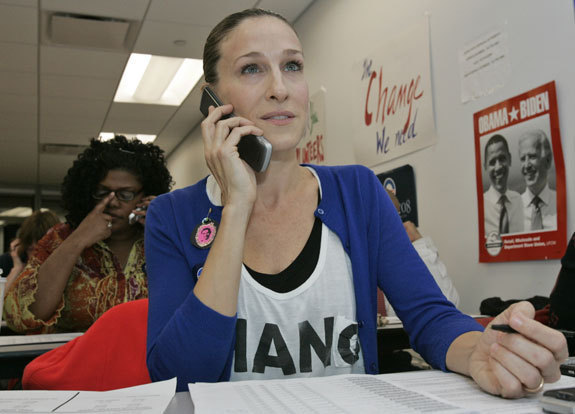 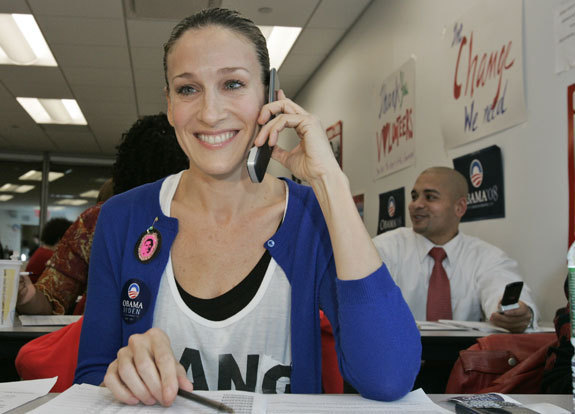