An Ocala, Florida woman is accused of hiding drugs under stamps in her love letters to her inmate boyfriend. Sarah Laurito, 18, was allegedly sending Suboxone -- a narcotic used to treat opiate addiction -- to her boyfriend, Jeremy Weber, while he was behind bars at Marion County Jail, WTSP reports.

A suspicious envelope (photo below) alerted jail officials to the plot, according to the Ocala StarBanner. They allegedly found a small packet of Suboxone hidden beneath the stamp and, authorities said, further review of the couple's phone calls revealed Weber had been secretly teaching her how to hide it. 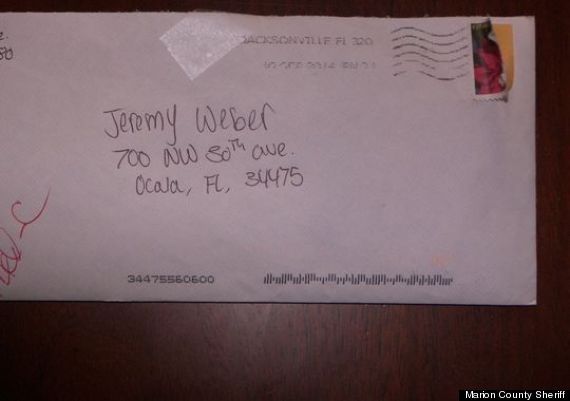 The Orlando Sentinel has more on the phone calls:

During the recorded calls, Weber told her several times to "go to the subway behind the food stamp office. Each time he said it, he would emphasize the words, 'sub,' 'behind,' and 'stamp,'" her arrest report said.

"Sarah does not seem to understand what inmate Weber is saying and finally asks if it is something he wanted her to do,'' the report added. "Inmate Weber replies 'yes' and that he really wanted a 'sub' behind the food stamp office 'when you write me a letter.'"

At that point, Laurito said she understood and told Weber that 'it took me a little while, but I got you,'" the report said. "Sarah confirms that she will do it and tells him that he will have to make the letter last until she gets more 'stamps.'" 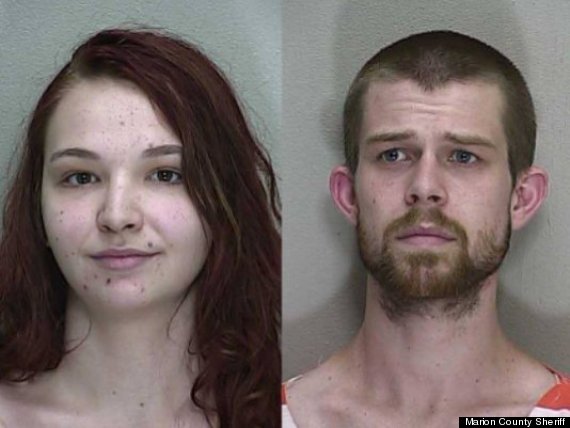 Police confronted Laurito when she visited the jail on Sept. 26. She allegedly admitted to sending the drug in the mail, and said she had a prescription for Suboxone. She was jailed on Monday and charged with introducing contraband into jail. She has since bonded out.

Weber is still in jail on a probation violation, along with his new charges of introducing contraband into jail.