It's no surprise that most advertisements these days don't portray women in a realistic or respectful light, with mass-produced images ranging from offensive to downright absurd. Instead of rolling her eyes like the rest of us, 28-year-old artist Sarah Maple decided to do something about it.

Maple specifically took issue with The Sun, a British tabloid that has turned splashing topless advertisements onto "Page 3" into a strange tradition. In 2009, on the 40th anniversary of "Page 3," Maple decided to begin a new series, physically swapping out the tired eye candy that usually appears in the publication for some lady-friendly artwork, specifically a photograph of Maple groping artificial plastic breasts. She simply -- and very slyly -- pasted her own image onto issues of The Sun she found at newsstands, and left the reappropriated copies for unsuspecting consumers to buy. 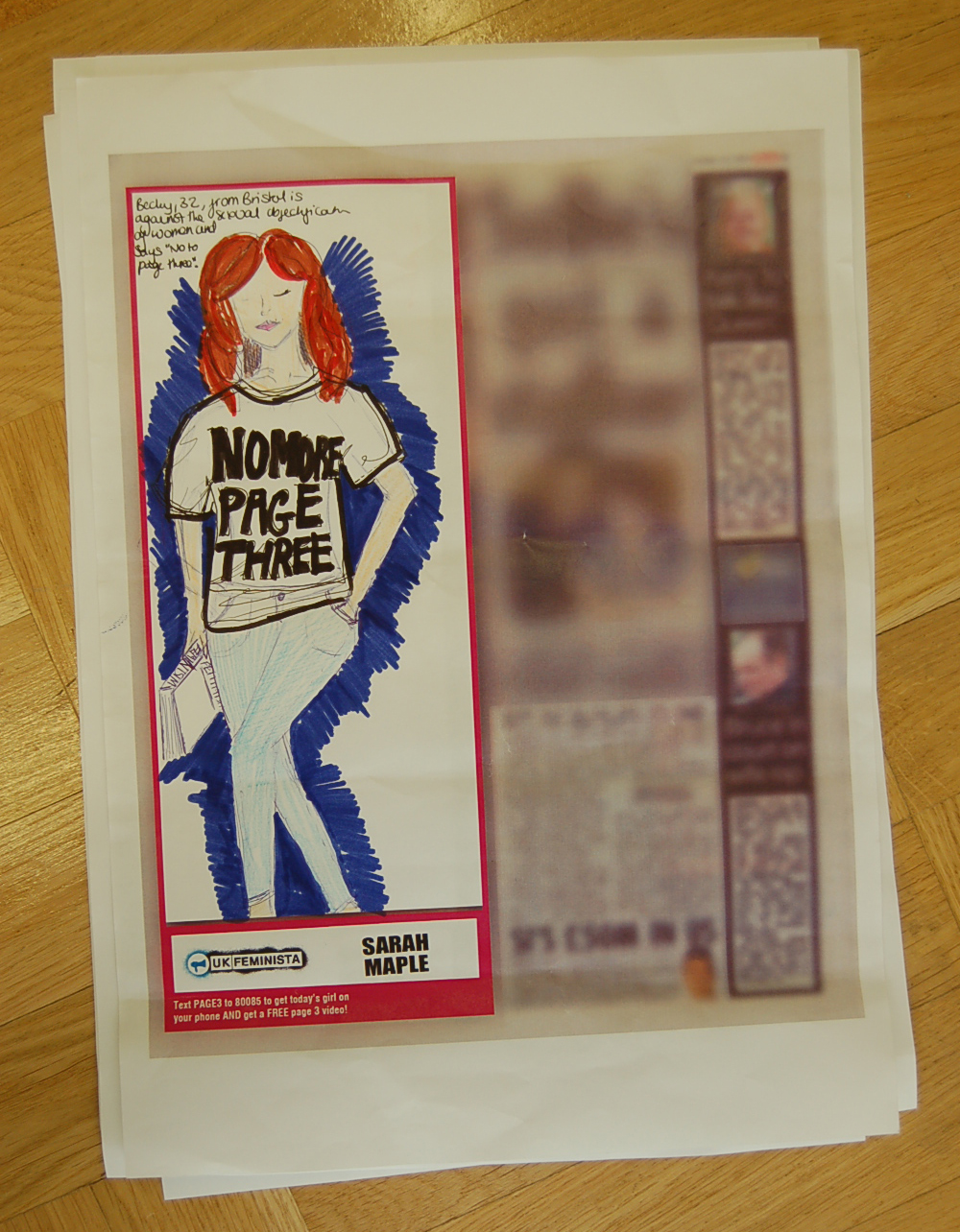 The project did not stop there though. UK-based Maple recruited 30 of her friends to continue the guerrilla art experiement. "You always have to start with something small like this," Maple told The Independent. "It feeds into the rest of the culture."

And so it did. Over the last three years over 500 feminists have joined Maple's cause, manually replacing anonymous topless models that appeared in advertisements with kickass art made by kickass women. Some depict female heroes like Frida Kahlo and Kathleen Hanna, others have inspirational sayings or clever aphorisms such as the glorious "It's OK to like boobs but boobs ain't news."

Many participants were alerted to Maple's cause through UK Feminista, an organization for gender equality directed by Sophie Bennett, an avid proponent of Maple's project. "Women are routinely portrayed as dehumanised sex objects through things such as lads' mags and Page 3," she told The Independent. "But the feminist movement is fighting back and finding creative ways to reclaim the media."

Maple is certainly no stranger to feminist art. The Independent dubbed her style "Tracey Emin crossed with the Guerrilla Girls, with a hefty nod to Cindy Sherman's cartoony self-portraits and the sign pictures of Gillian Wearing."

Check out some of our favorite replacements of Page 3's removed advertisement below and leave your thoughts in the comments. Thanks Sarah! 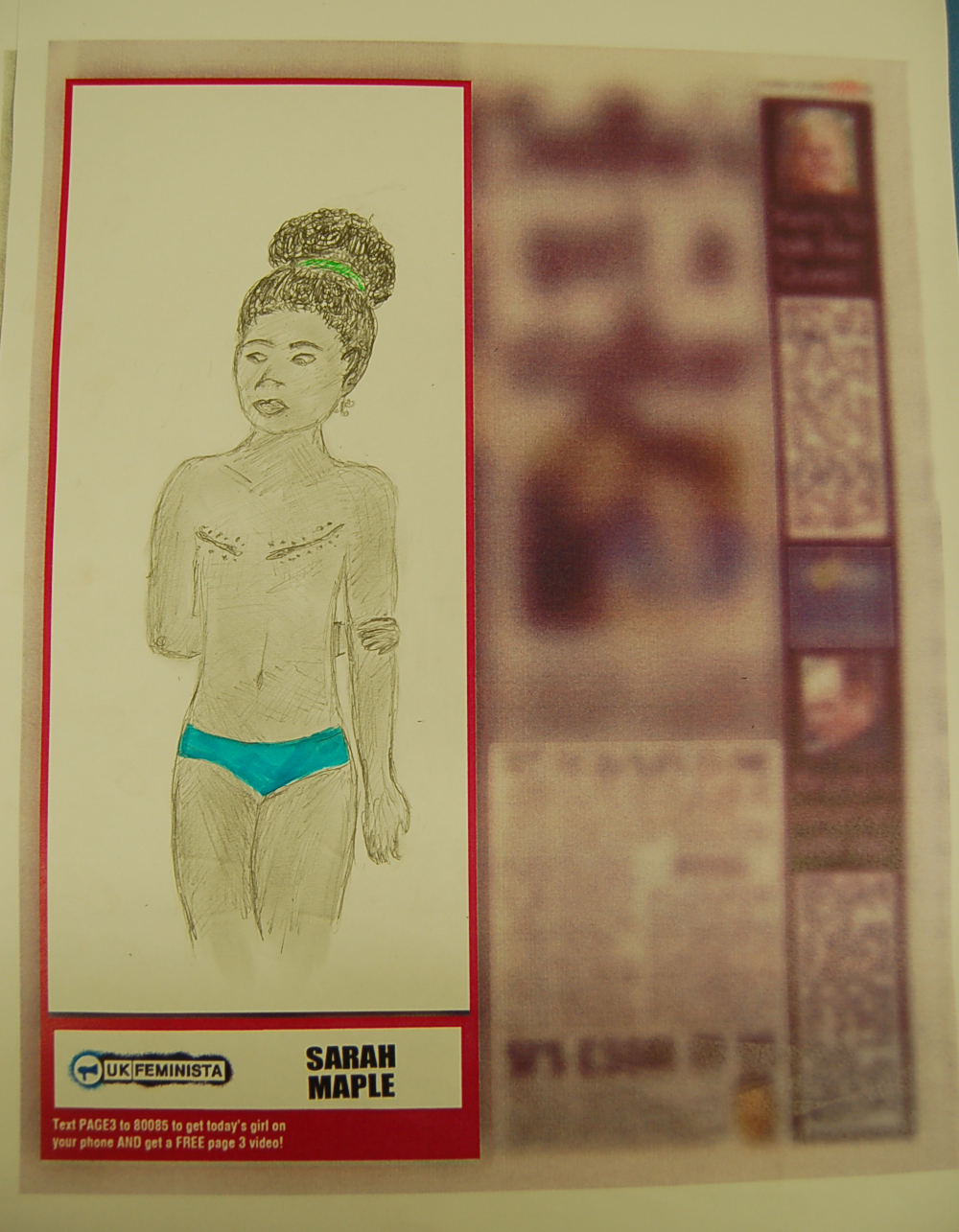 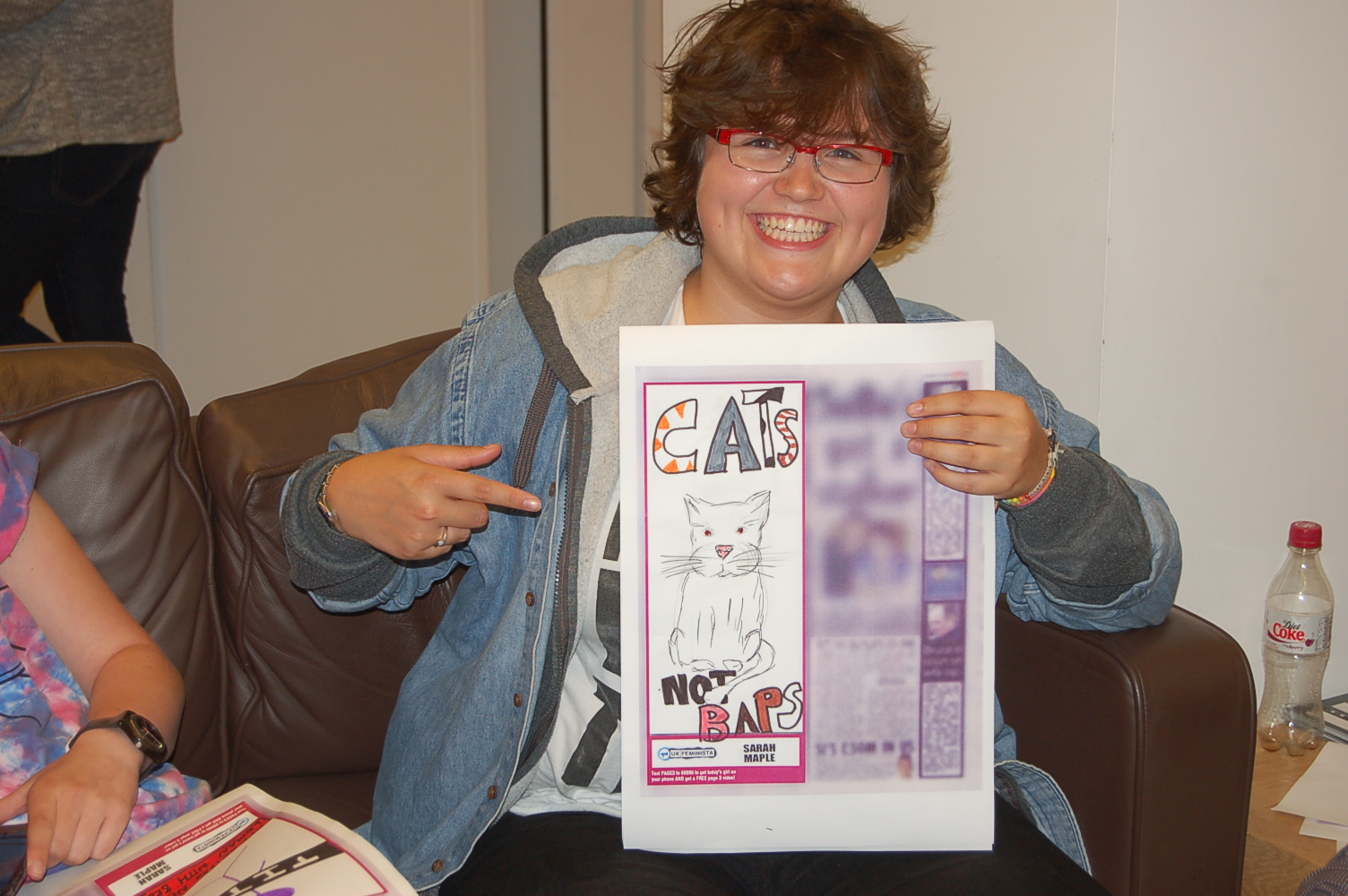 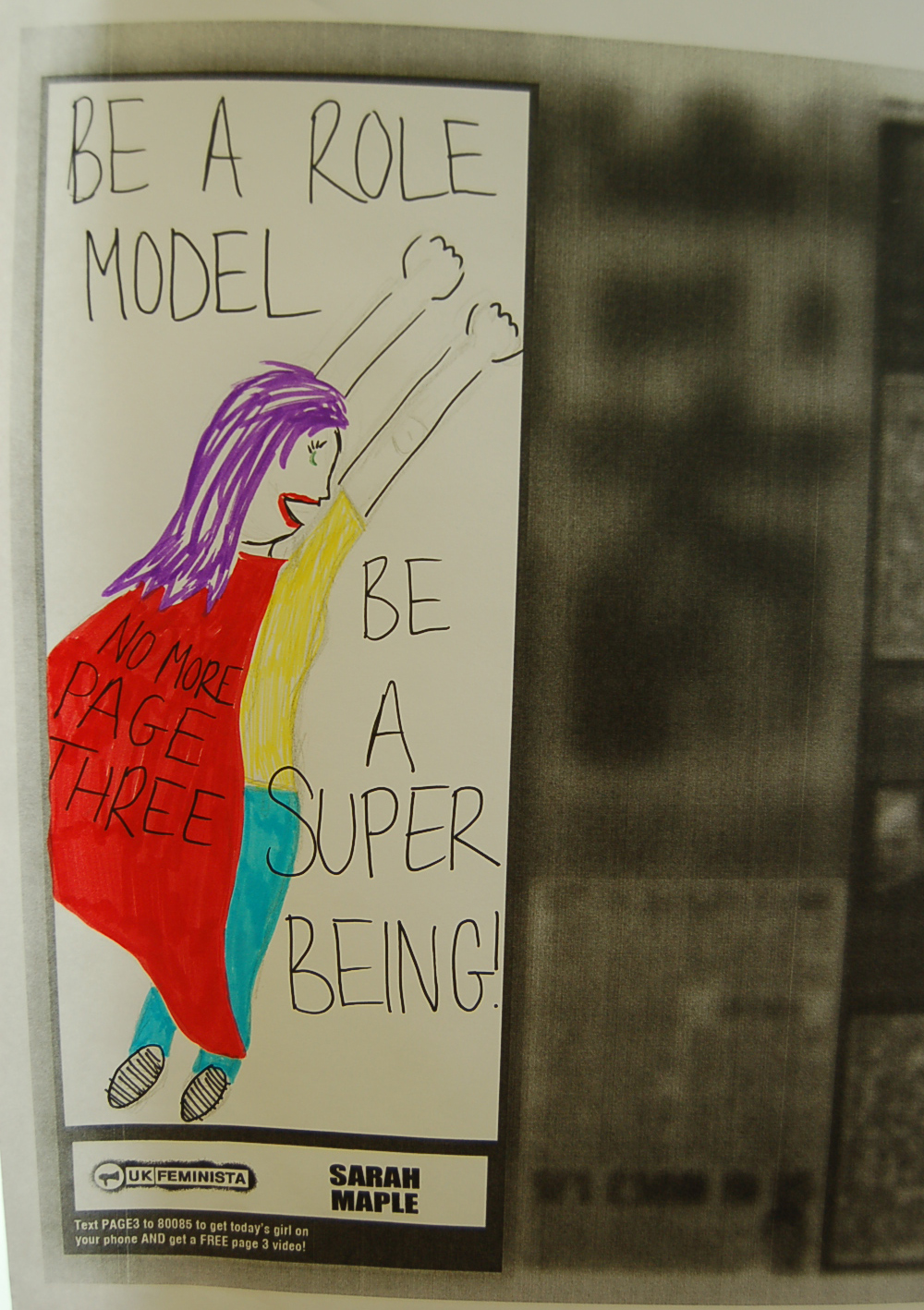 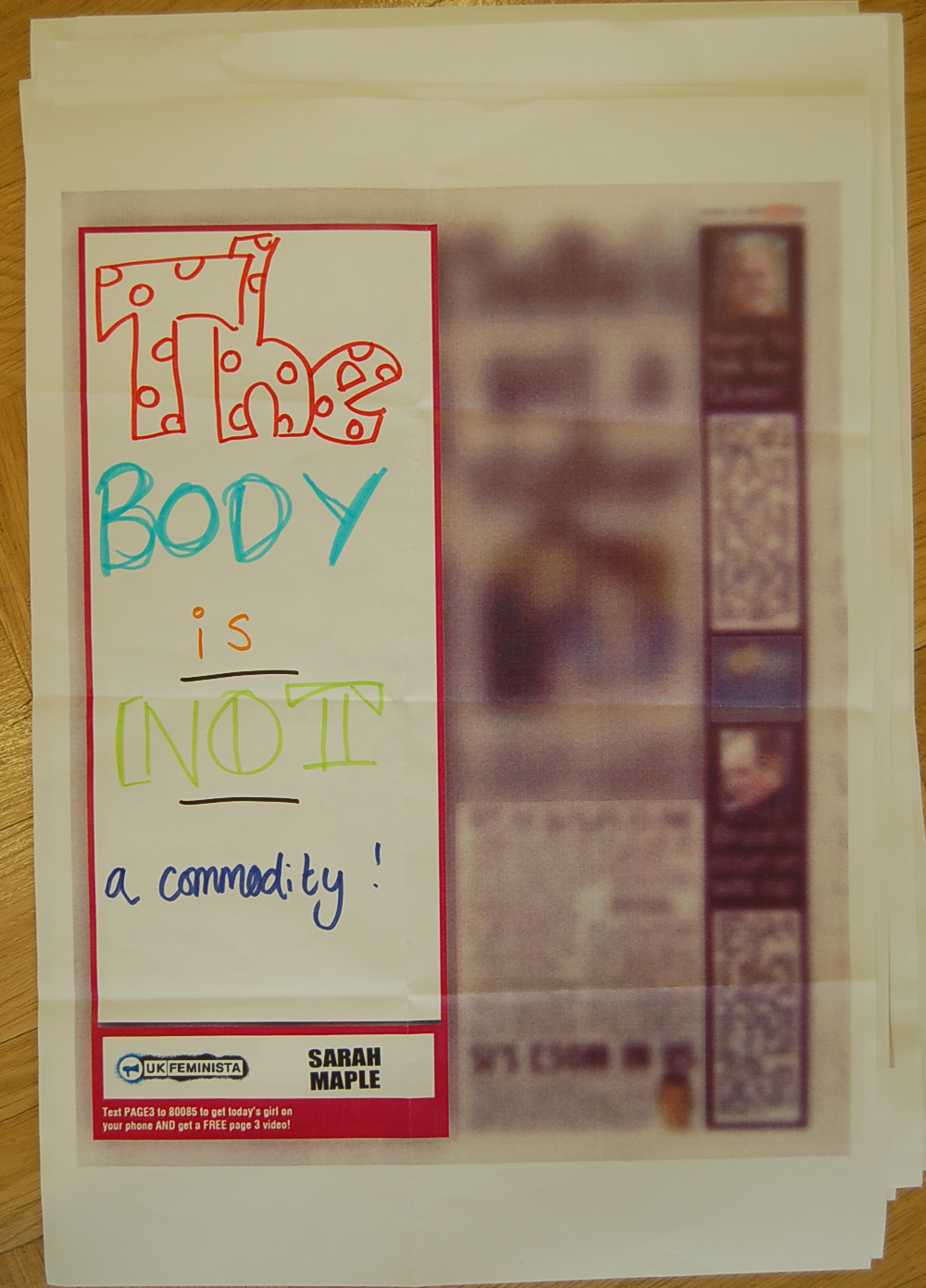 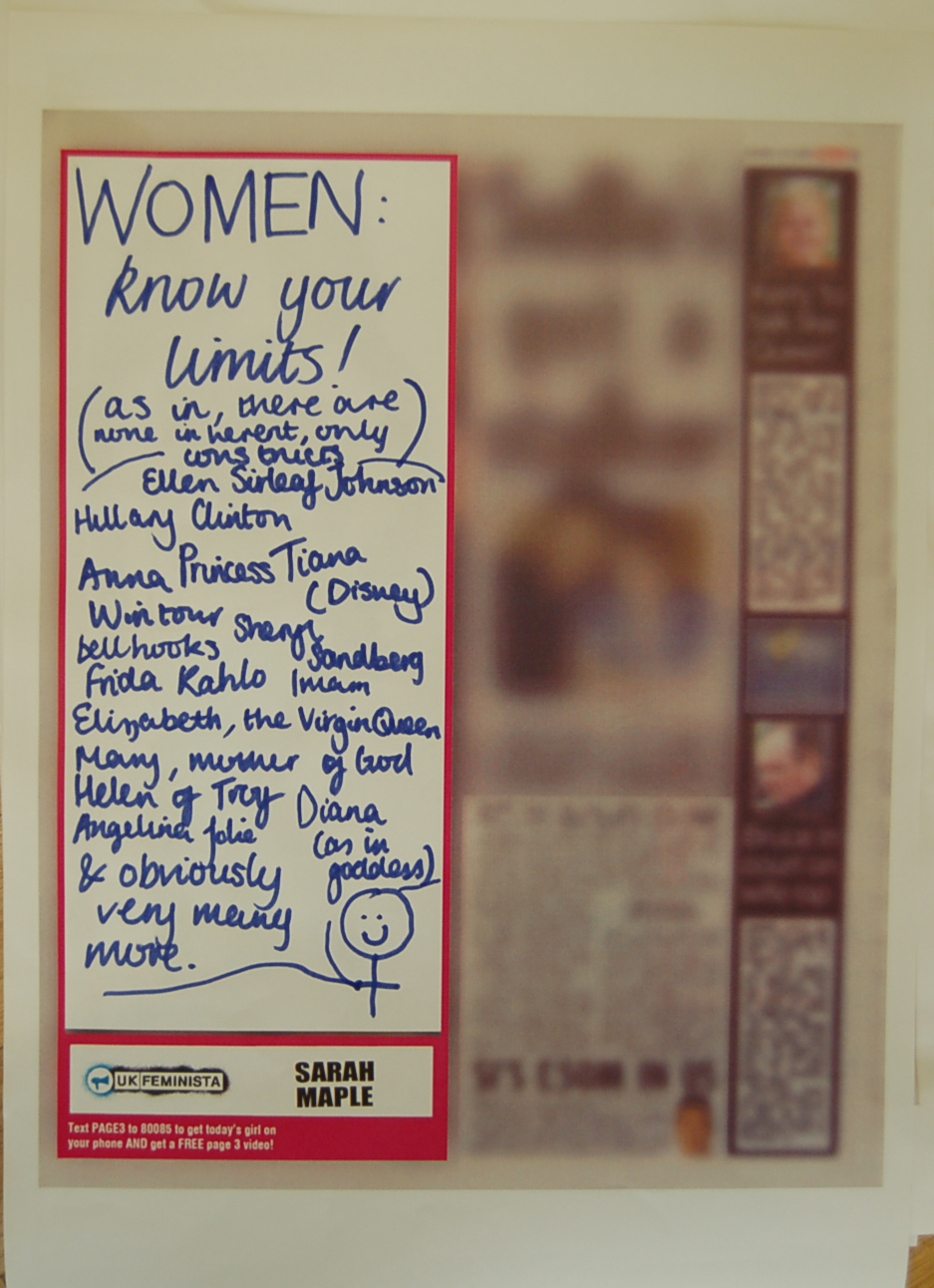 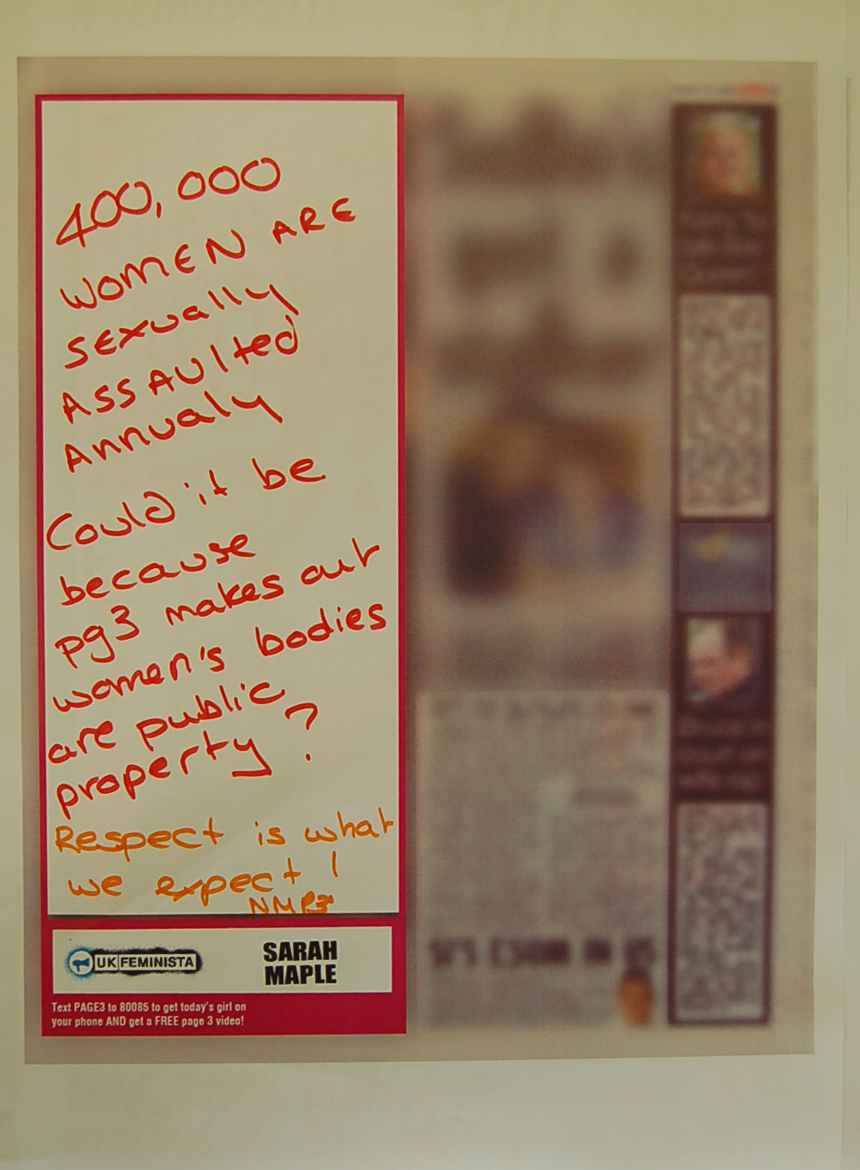 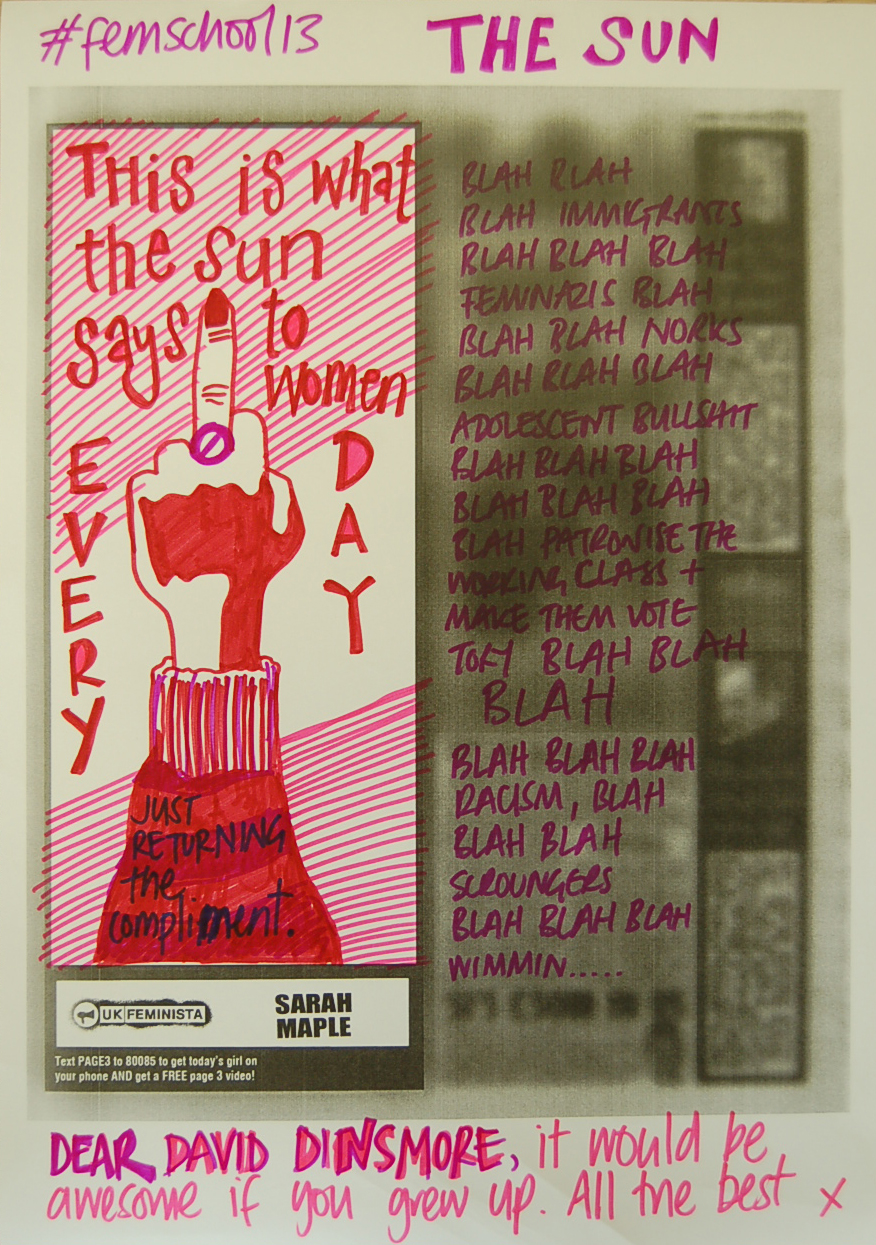 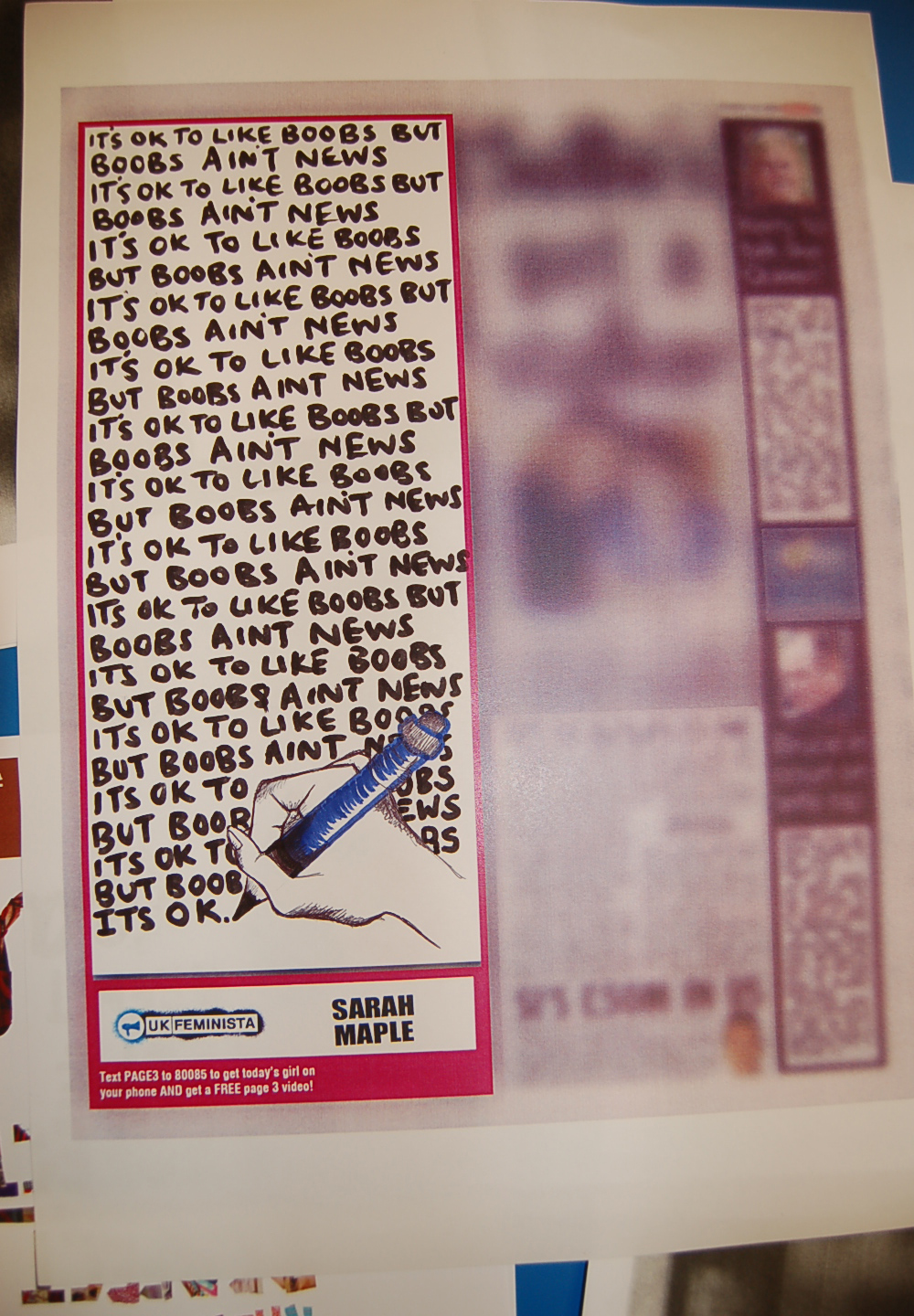