"Cruel Intentions" turned 15 years old on Wednesday, March 5, and no one is more shocked than the iconic film's leading lady, Sarah Michelle Gellar.

During an interview with the actress, who's promoting her work with Unilever Project Sunlight, HuffPost Entertainment reminded her that the movie came out in 1999, to which she replied, "Oh my God, I'm old!"

Gellar went on to discuss her days on set with Ryan Phillippe and Reese Witherspoon, explaining, "Of all my movies, my two best film experiences were, hands down, 'Cruel Intentions' and 'The Grudge.' 'Cruel Intentions' was, you know, we just knew we were making something that was so different and we were all so passionate and so excited. And we were all friends! It was just such a great time making that and letting it go as far as it did."

The 36-year-old actress admitted she's still surprised by the audience's reaction, saying, "The fact that they still quote lines from that, to me, is just amazing. I'm extremely proud of that movie."

As to whether or not she hangs out with Phillippe and Witherspoon, who were married from 1999 to 2007 and have two kids together, she joked, "Oh yeah, all the time! Because Ryan and Reese spend a lot of time together ..."

"But," she continued, laughing, "Your world changes ... I see Reese now and we have children -- we both have sons that are the same age. So, its crazy how life changes."

Gellar also catches up every now and then with her "Buffy the Vampire Slayer" co-star David Boreanaz, telling HuffPost, "It's actually funny, for some reason we always wind up on vacation at the same time and in the same place and it has been happening for years, it's the weirdest! It can be the same hotel, a different hotel, a different state, but we always run into each other." 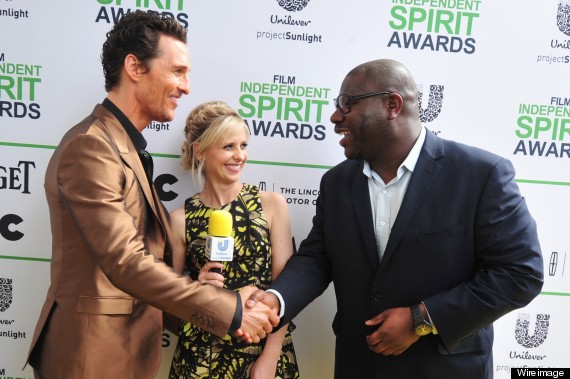 "As actors and as filmmakers, we have so much more to offer and so much more to speak about," she told HuffPost of the project. "People often say, 'I'm one person, what difference does it make?' But if each person makes a difference, that's how we create a better world, that's the power that we have."