Sarah Palin's prominence in the practical world of politics and punditry may be greatly diminished from her post-2008 election peak, but if CPAC is any guide, her relevance to the overall conservative movement hasn't dimmed a bit. The crowd was packed, and Palin got not one, but two introductions -- the second from Texas Sen. Ted Cruz, who railed against the "mainstream media" for insisting that "women could not be conservative."

He also, weirdly, characterized Palin as being someone who "drives the media bat-crap crazy." In reality, the media adores Palin, because she very reliably drives eyeballs to advertisers.

At any rate, Palin, still calling herself a "hockey mom from Wasila," took the stage to plenty of cheers. She immediately returned the favor to Cruz, asking the CPAC faithful to send more people like Cruz, who "chew barbed wire and spit out rust," to Washington.

This was the start of a schtick-heavy oration. Palin didn't waste any time giving a shout-out to birthers in a crack about the White House's support for expanding the background check system for gun purchasers, saying, "Dandy idea, Mr. President, we should have started with yours."

Overall, however, Palin's speech stuck to a simple script: Washington was a bankrupt culture of moneyed elites and political fixers who lose elections for the GOP, the heartland was filled with intrinsically, instinctively good people, and the "top down" approach to contemporary politics raises up the former at the expense of the latter, and needs to be done away with.

There were a number of well-worn ironies to be had, as well. For instance, Palin admonished, "We don't have leadership coming out of Washington, we have reality television."

Palin is, of course, was the star of "Sarah Palin's Alaska," a reality TV show in which she was seemingly introduced to Alaska, for the very first time, by television producers.

Palin praised "flyover country" and criticized establishment politicians for not responding to the crisis of income inequality, for attacking job creators, the cost of diapers and gasoline, the lack of a Senate budget, and the lack of government transparency from the Obama administration, among many other things. "Barack Obama, you lie," said Palin, not being specific about what aspect of the lack of transparency bothered her the most.

"Never before have our challenges been so big, and our leaders so small," said Palin, who went on an extended jag, criticizing the White House from being on a "permanent campaign," with the intention of creating high-stakes fiscal crises. From time to time, of course, Palin has struggled to make it clear whether or not she is on some sort of political campaign, or just a weird bus tour.

Palin's contribution to the Teleprompter Comedy oeuvre was the beginning of a short return to schtick, bisecting Palin's speech on the nature of heartland, common-sense politics and its superiority to the cloistered, Karl Rove-driven strategies of the elites. Palin's riffing included what sounded like an attempt at a ribaldry -- referring to Christmas presents, exchanged between she and her husband, Palin quipped, "Todd got the rifle, I got the rack." Sort of a sex-joke version of "Gift of the Magi." 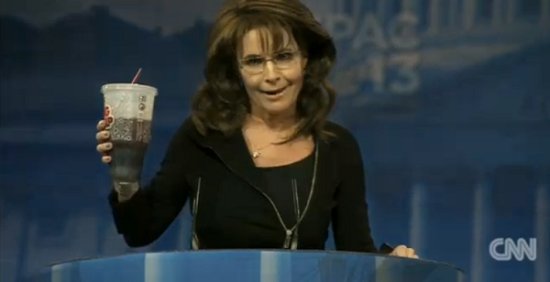 Returning to a serious vein, Palin urged the CPAC attendees to reorient themselves on a path the electoral success. To her mind, this involved looking past "pollsters" and "consultants" and "focus groups" and looking to the community for untapped leaders. "I've gotten to know America, not from the top down, but from the heart looking out," she said.

"Those in that political bubble who tell you who is worthy and who doesn't fit their bill," she said, should be ignored. "The last people we need vetting our candidates is Washington."

Critics of her position, she said, in one last irony, should "buck up" and run for office themselves.

Keep in mind, of course, that Palin has passed on several opportunities to do this herself. 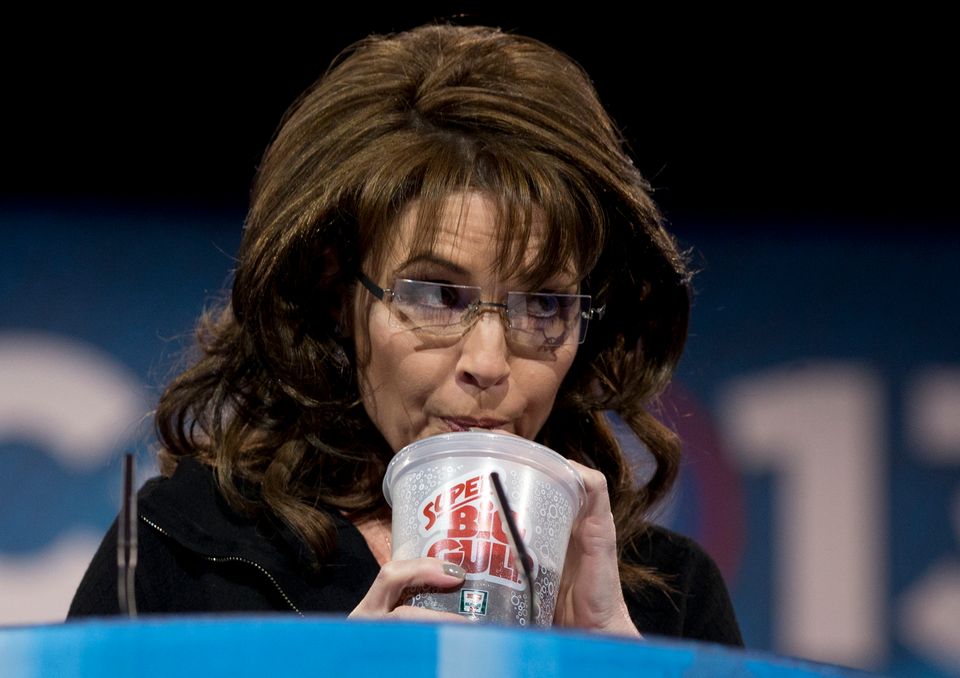