Todd Palin sure knows how to build a fence -- and fast.

On Wednesday, Sarah Palin told Glenn Beck that her husband "Todd and his buddies" were going to build a fence to shield her family from their new neighbor, author Joe McGinniss, and just a day later, a beautiful 14-foot tall cedar-colored barrier is already up and all over the internet.

As speculation continues to swirl about the motives behind McGinniss's relocation -- Sarah Palin has insinuated that she is worried about him stalking her and her children -- Politico's Ben Smith uncovers an email from McGinniss's son, Joe McGinniss Jr., that adds another twist to the story.

"No one is stalking anyone," McGinniss wrote to Smith in an email. "A woman was renting her house and sought out the author because the Palins had crossed her (owed her money for renovations she had done at their request and never paid her for). So she knew McGinniss was writing the book and found him and offered him the house."

According to McGinniss, the neighbor also "turned down more lucrative offers from the National Enquirer who wanted the house so they could 'stalk' and take pictures, etc... She said no."

McGinniss also described his father's proximity to Palin as "reporting," and said that his father was "professional" and was "simply fulfilling his obligations to his publisher and his readers and himself -- to get as close to the subject of his book as possible."

Dave Weigel of the Washington Post has accused Sarah Palin of "irresponsible and pathetic bullying" in her quick militance to demonize McGinniss as some sort of sleazy stalker with an eye on the daily activities of her children.

On Thursday, Greg Sargent, also of the Washington Post, wondered if Palin was using this situation as an opportunity to continue the narrative that she is a "persecuted, aggrieved, real American mom just tryin' to protect her kids from pointy-headed, elitist lamestream media peeping Toms." 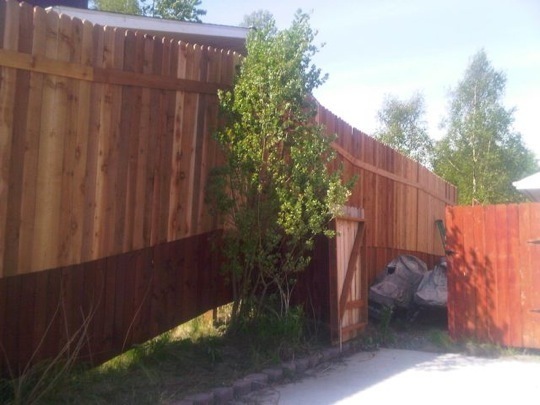