Sarah Palin is lashing out at the media for how it has covered the sexual abuse revelations about "19 Kids And Counting" star Josh Duggar while giving "Girls" star Lena Dunham a free pass.

Writing on her Facebook page, Palin compared the media storm over Duggar, whose parents confirmed on Fox News this week that he had “improperly touched" some of his sisters when he was a teenager, to that of Dunham, who wrote in her book "Not That Kind of Girl" that, as a 7-year-old child, she gave candy to her 1-year-old sister in exchange for kisses and a look at her vagina.

"I’m not an apologist for any sexual predator, but I’m sickened that the media gives their chosen ones a pass for any behavior as long as they share their leftwing politics," Palin wrote. "Case in point, they suggest Lena Dunham's sexual assault on her sibling is cute, and she's rewarded for it with fame and fortune. Meanwhile, they crucify another, along with an entire family."

The former Alaska governor's post began with an all-caps rant targeted at Dunham:

"HEY LENA, WHY NOT LAUGH OFF EVERYONE'S SEXUAL 'EXPERIMENTS' AS YOU HAUGHTILY ENJOY REWARDS FOR YOUR OWN PERVERSION? YOU PEDOPHILE, YOU"

Palin, who was the Republican vice presidential nominee in 2008, slammed "(t)he media's hell-bent mission to go after the entire Duggar family for one member’s wrongdoing, while giving a total pass to perverted actions of someone like Lena Dunham -- or any other leftwinger celeb caught doing awful things."

HEY LENA, WHY NOT LAUGH OFF EVERYONE'S SEXUAL "EXPERIMENTS" AS YOU HAUGHTILY ENJOY REWARDS FOR YOUR OWN PERVERSION? YOU...

Dunham addressed the issue last year in a series of tweets:

The right wing news story that I molested my little sister isn't just LOL- it's really fucking upsetting and disgusting.

And by the way, if you were a little kid and never looked at another little kid's vagina, well, congrats to you.

Usually this is stuff I can ignore but don't demean sufferers, don't twist my words, back the fuck up bros.

Palin also linked to a blog post written by her daughter, Bristol, who wrote:

"The double standards make me sick. Josh Duggar touched a sleeping girls breast – a terrible thing to go. But now their ENTIRE family is punished and their hit show is canceled? He’s labeled as a pedophile? His family is crucified!
Liberals in today’s media can do no wrong, while conservatives can do no right." 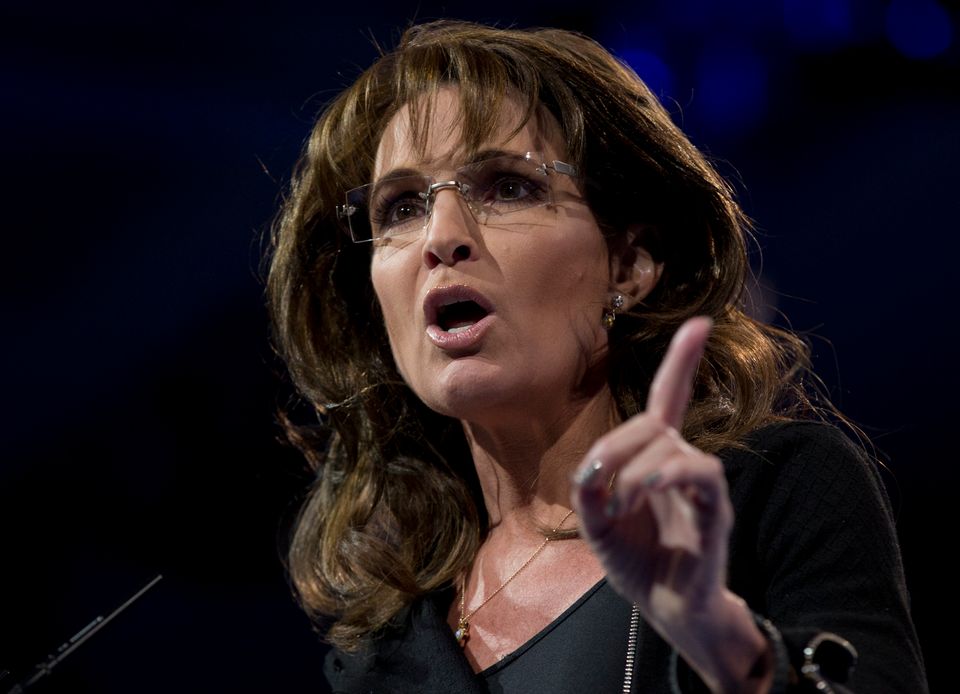 1 / 15
Final Words
“Nuclear weaponry, of course, would be the be-all, end-all of just too many people in too many parts of our planet.” -- CBS interview with Katie Couric, September 25, 2008
AP