Is Sarah Palin ready to take the mantle of worst mother of the year from Lynne Spears? Has Todd Palin wrestled the title of worst father from Billy Ray Cyrus?

Sarah Palin may be running for Vice President but is she any different from the woman who sold the story of her daughter Jamie Lynn's pregnancy to a magazine for $1 million, or from the father that allowed 15-year-old 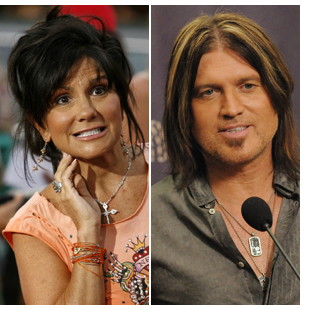 Miley Cyrus to be photographed semi-nude for Vanity Fair supposedly to further her career?

Despite her supposed "Family Values" credentials, she and her husband Todd are being just as exploitative of her teenage daughter, Bristol, as any of these celebrity parents have been. Actually, even more so.

Like Elizabeth and John Edwards, they knew they had a ticking time bomb of a family secret, that they were hiding from the public, when they stepped into the limelight of the Presidential race. But the Edwards were adults and were aware or should have been, that the primary public fallout of their decision not to reveal John Edwards' affair would fall on themselves. They would bear the shame of their decision to deceive the American public about their family crisis. Their children would be off limits.

Not so in the case of the Palins. They took center stage with the full knowledge that their 17-year-old's five-months-along pregnancy was about to become front page news around the world. Bristol Palin hasn't been the star of a major kids TV show like Jamie Lynn or Miley Cyrus. She has not chosen a life of celebrity. But now, thanks to her mother's decision to accept the Republican Vice Presidential candidacy, her private life — her sex life — is as exposed as if she had long been a cover regular on Star or US Weekly.

She has unwittingly and literally become the poster child for her mother's anti-choice and abstinence-only education policies.

Having been the editor-in-chief of teen magazine YM for five years, and now as the mother of a 17-year-old girl myself, there are a few things I know. Seventeen year-old girls are not yet adults, they are highly emotional human beings who are still trying to find their own identities and to establish self-confidence. They are easily embarrassed, they care tremendously what their friends think, and their relationships with guys are always on a dramatic rollercoaster. They are not ready to get married, raise babies or to deal with public embarrassment and humiliation. Haven't endless teen movies and TV shows from "Sixteen Candles" to "Gossip Girl" all dealt with these issues of lack of confidence, fear of embarrassment and befuddlement with dealing with the opposite sex?

No wonder getting pregnant in high school is truly a girl's worst nightmare, points out Atoosa Rubenstein, the founding editor-in-chief of CosmoGIRL! magazine, and later the editor of Seventeen magazine. Bristol Palin should have "the protection of her mother right now and not be paraded around as a platform. She should have had the privacy to make her own difficult choices and now she has to support her mother's ambitions and policies regardless of what she wants for herself — she's been thrown under a bus," believes Rubenstein.

"She probably feels powerless right now," points out Gloria Feldt, who is the author of Behind Every Choice is a Story, and is the former president of Planned Parenthood of America. "Because of her family's attitude she probably doesn't feel that she has a choice, in terms of what will happen to her and her mother is weaving a narrative that it's a heroic thing of course that she is going forward with the pregnancy, she's getting married and it will all be beautiful and rosy."

But Bristol Palin isn't a policy poster child, or a celebrity, she's a real live 17-year-old trying to cover her growing bump with a baggy sweatshirt or by holding her 4 month-old baby brother as a shield. She's now planning, according to her mom's statement, to marry and spend her life with her 18-year-old boyfriend, Levi Johnston, a guy who uses the "f" word as his major descriptive adjective on his MySpace page. He also until yesterday described himself as someone who "likes to hang out with the boys...and just f---in chillin," and who doesn't want kids on that same page, until it was yanked off of public view.

What kind of parents today — this is 2008 — want to doom their daughter to a "shotgun" marriage with a guy who doesn't want kids? It's going to be tough 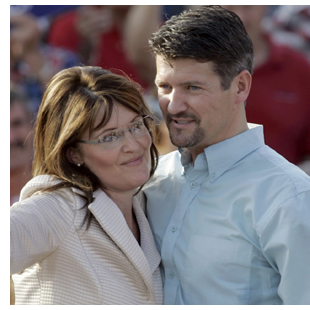 enough for Bristol to finish high school, let alone go on to college and realize any ambitions of her own, without being trapped in a marriage that neither young person is probably ready for. And if self-described "redneck" Levi isn't happy about being pushed into parenthood and marriage, you can "f---in" expect he'll make sure that Bristol knows about it.

I bet that poor Bristol Palin probably doesn't feel like she has the right to object to anything her mother and father are doing or saying right now. Like most teenage girls she is probably insecure and is blaming herself for her own predicament.

And just imagine if John McCain and Sarah Palin are elected to two terms in office. Bristol's every move as a teen mom will be under scrutiny — Britney-style. Her marriage to Levi Johnston, will HAVE TO WORK or her parents' image will be tarnished. Talk about pressure, Bristol.

Sarah Palin also needs to ponder this: if she succeeds in "normalizing" her daughter's pregnancy, making it almost seem sort of glamorous, will other teen girls look at this and say what is the problem with having a baby? asks Sarah Brown, the CEO of the National Campaign to Prevent Teen and Unplanned Pregnancies.

In that case, Palin's exploitation of her daughter hasn't just hurt Bristol's own young life, she'll hurt countless others.