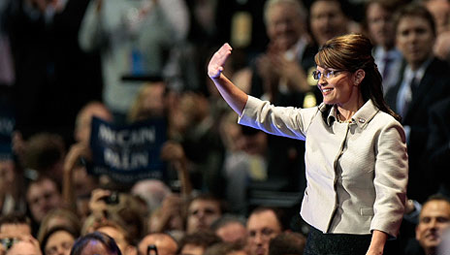 Congress returns to Washington this week, in the wake of Republican chants to "Drill, Baby, Drill." With gas hovering around $4 per gallon, energy policy and offshore drilling continues to be a red-hot issue.

Arguments over offshore drilling intensified last month when President Bush lifted an executive ban on offshore drilling on the Outer Continental Shelf and many Republicans pushed for Congress to do the same. A rotating camp of Republicans showed up to the house floor each day throughout the recess, protesting Democratic resistance to an energy plan that would open America's shores to oil rigs.

Though Nancy Pelosi has adamantly opposed offshore drilling, just before recess she hinted that a healthy energy mix could include "opening portions of the Outer Continental Shelf for drilling, with appropriate safeguards, and without taxpayer subsidies to Big Oil." Dems now hope to address rising fuel costs with a bill focused on developing renewable energy sources with allowances for some drilling.

Shame on them. They know better.

The deafening refrain from Sarah Palin, John McCain, and others gathered for the RNC have drowned out logic that even the Bush administration can't argue with. The energy department's own Energy Information Administration research indicates the offshore oil that's currently off-limits would have a trivial impact on prices--sometime in the distant future. Their 2007 report states offshore production couldn't start until 2017 and wouldn't impact crude oil or natural gas production or prices before 2030. The report goes on to say, "Because oil prices are determined on the international market...any impact on average wellhead prices is expected to be insignificant."

Although we suck up 25% of the world's oil, the U.S. only has 3% of the world's proven reserves. The E.I.A. estimates offshore oil would add about .25% to that number--hardly enough to influence world markets.

Yet despite these assertions from within and outside of the federal government, the quick-fixers keep insisting offshore drilling will cleanly and quickly relieve our pump woes.

This distracts us from the congressional mandate we should be paying closer attention to: fuel economy standards. It doesn't sound as sexy as drilling but what could be hotter than drastically reducing our demand for fossil fuels with every mile we drive?

According to the Union of Concerned Scientists, increasing fuel economy standards is the single most effective way to cut our oil addiction, reduce pollution and save tens of billions of dollars a year. UCS maintains that if Congress had passed a 1990 bill raising fuel economy standards, cars and trucks would now average about 35 miles per gallon instead of 25 miles per gallon. That would have saved every American driver about $450 in this year along and reduced oil consumption by 2 million barrels per day, which is roughly what we imported from the Persian Gulf last year.

Again, according to the Administration's own studies, the maximum feasible fuel economy level could reach 35 mpg by 2015--five years before the required minimum. So it's surprising that the NHTSA recently proposed regulations that would require the auto industry to meet a fleet-wide average of less than 32 mpg by 2015. What went awry? In one study, the administration used gas prices below $2.50 per gallon, making the higher standard less cost-effective. But when they boosted the hypothetical price to $3 or higher, the benefits of a 35 mpg standard exceeded the costs.

This post was written by Simran Sethi. With thanks to Merete Mueller for research assistance, and to the University of Kansas School of Journalism. For more information on energy challenges and opportunities, subscribe to Simran's "Powering the Planet" podcasts.