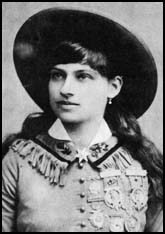 In their attempt to sell newspapers and build ratings the major media outlets have accentuated Sarah Palin's so-called virtues, and in so doing made her more appealing than the reality of her public and personal life.

From the very first moment she was thrust -- make that catapulted onto the world stage by a struggling Senator John McCain seeking to juice up his tired image, the public view of this unsatisfactory candidate for vice president has been saturated with plaudits about how well she appeals to the masses.

And how has this been accomplished? By the media's playing up her blue-collar roots. That she likes to hunt and fish and went from PTA activist to mayor of a small town. The pundits continue to highlight the word "small" as if it would have tainted the woman's credentials had she been mayor of a town over 10,000, let alone a major metropolis.

Yes, some of the news people have listed her scant experience and the inconsistencies in her resume, not to mention the ethics probe now underway about the way she fired a state officeholder in Alaska. And a bit more are finally taking issue with the fact that she's been hiding from hard questioning. However, on the whole in less than two weeks they've been an unwitting accomplice, helping an obscure politician to soar exceedingly high in public esteem. Many TV commentators grin to each other with bemused winks and looks of amazement at the crowd reaction she has achieved from mostly pure GOP believers, while failing to underscore her deficiencies with what might have been an appropriate analogy: Gertrude Stein's famous description of Oakland, "There is no there there."

The analysts don't take to task the Palin promoters, such as former senator and Law & Order TV star Fred Thompson, who got such a big hand when, as a testimonial to her, he touted the governor's talent for field dressing a moose. They don't smirk or cast a skeptical eye when stylish brewery heiress Cindy McCain brags that Palin is among other things a "pistol packing mother of five."

When did it become more appealing to have Annie Oakley as our second in command? When did we become a nation that pooh-poohed and mocked experience on the order of six-term senator Joe Biden in favor of a six-shooter woman who fancies herself a pit bull with lipstick? Are we so inured in the romance of olden days that most of us truly believe an out-of-touch lady with such a provincial and self-involved sense of the world is more attractive and more capable than seasoned professionals to deal with the horrid problems facing our country, domestic and foreign?

In a recent column, which some of you may have missed, I compared her to a grown up Gidget of the right-wing.

And now the continual overblown reportage of Sarah Palin by the media, irresponsibly propelling her using terms like rock star, which when so stated tends to take on a life of its own, convinces everyone in the hinterland that if the media says it she must be so. Then the public flocks to her in ever-larger crowds than might have occurred had the media stuck to their principles instead of falling prey to or perhaps feeding the frenzy in a bid to increase interest and ad revenue for their respective newspapers and network time slots.

Don't get me wrong, the image of Annie Oakley is warm and fuzzy from my childhood, and I even vaguely remember the TV show starring Gail Davis. However, one wonders, amidst the hoopla for Sarah Palin, why such a legendary figure -- real as opposed to the aforementioned Gidget -- wasn't placed alongside Teddy Roosevelt on the aptly named Bull Moose ticket?

Probably because, though Annie was a star and had appeared in Buffalo Bill's Wild West Show, she could not be taken seriously. Her qualities, reincarnated and emphasized when praising Palin, were not the showpieces they apparently are now. Oh, for a time when real issues and experience mattered. Plus, I admit that, with the exception of a few states, poor Annie couldn't vote. But let's face it, even given Sarah Palin's service as a bona fide governor -- albeit for less than two years of one of our smallest states -- it remains the sum total of her "legitimate" experience for a huge role on the world stage.

And I don't care if Sarah Palin at the debate with Joe Biden belts out Anything You Can Do I Can Do Better with more gusto than the incomparable Ethel Merman in Annie Get Your Gun. The fact remains that if anyone takes Palin seriously and wants to put her in a position of authority, which modern VEEPS nowadays achieve, it might be time to seriously wonder about the electorate's priorities. Priorities greatly influenced by the media, which as of yet haven't scolded a national perception that those who love to shoot guns are somehow more in tune with the majority than those who give up the promise of huge incomes to work as community organizers, to deliver meals on wheels -- yes in big cities -- and to commit themselves to meaningful service over the course of their lives.

The media should not be proud, in their zeal for a spirited election contest as opposed to an intelligent discourse, that they have contributed to the momentary and hopefully limited national acclaim for the very inadequate Sarah Palin.