Comedian Sarah Silverman donned a faux mustache tonight during the Emmy awards as Justin Timberlake read the nominees for best actress in a comedy. When the camera cut to Silverman, who faced off against Toni Collette (who ultimately won for her work on Showtime's "United States of Tara"), Tina Fey, Christina Applegate, Julia Louis-Dreyfus, and Mary-Louise Parker for the honor, she had an unexpected surprise for the audience. 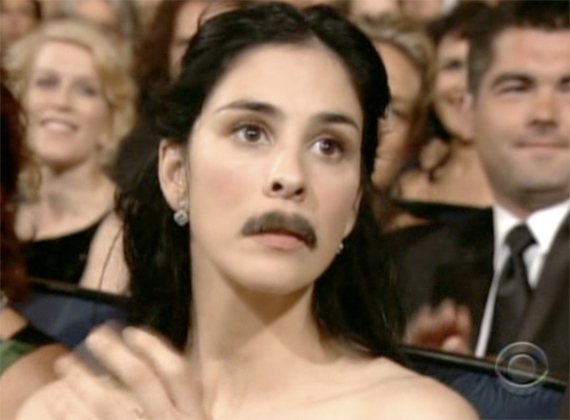