Strippers are used to being on display, but Sarah Tressler insists she wasn't prepared to be publicly exposed earlier this year.

Tressler, 30, wrote society columns for the Houston Chronicle until March when the Houston Press, an alt-weekly, revealed that she moonlighted as a stripper at the same time she wrote about charity balls.

Since she lost her job, she's gone back to taking off her clothes to help pay the bills.

It's also helping her promote her new book "Diary Of An Angry Stripper" (Di Angelo Publications).

It compiles postings from Tressler's blog which had the same name as the book title. She blogged for a few years before the Chronicle hired her.

Tressler said she started stripping as a sophomore at the University of Houston because she needed to make money. However, some of the tricks she learned on the job have translated well to journalism.

Some customers may have felt a little too comfortable with Tressler, she lamented.

"My strangest customer was a guy who wanted me to pee in a champagne glass," she laughed. "It was kind of strange. I told him, 'I don't need to go.' Actually, I did, but I felt like I couldn't when he was around."

She encountered a few guys that surprised her with their interest in an unusual body part.

"There were some guys who seemed to want to touch my armpits," she said. "At first, I thought it was a mistake until a cop told me he was into it."

Although Tressler's photos suggest a dancer who does the usual stripper bumps and grinds, she insisted she's not the typical dancer.

"I'm kind of quirky," she said. "For instance, whenever I saw a guy who was really shy, I'd get down close to his ear and snort like a pig or moo like a cow to break the ice."

"I never saw any of the people I was covering in the paper at the clubs," Tressler said to The Huffington Post. "They were the type of people who were very aware of their community standing and wouldn't jeopardize that by going to a strip club.

But when word got out months ago about her double life, the daily fired her for not disclosing her dance career.

"Funny enough, when I was hired on staff, I didn't have a lot of time to dance, but now I am doing it more to help pay the bills," she said.

Tressler's hired high-powered attorney Gloria Allred to file a complaint with the Equal Employment Opportunity Commission against the paper.

She insists that she would have preferred to remain with the newspaper instead of publishing the book.

"I had enough material for a book back in January and discussed making it into a book with some people, but I put it off when I was hired as a staff writer," Tressler said. When she was fired, she decided to make the book a reality.

The timeline has been quick enough to make some, such as Huffington Post blogger and former stripper Sheila Hageman to suspect that Tressler masterminded the whole scandal as a marketing stunt.

"So I've been planning this for eight years and got a Master's Degree so I could get a job at my hometown newspaper writing about society events so I could get exposed and promote a book?," she said. "That doesn't sound far-fetched?"

Tressler's book is available as an e-book, it's too soon to say whether it will be a best seller, she will certainly have the most entertaining book tour in recent memory, since she is currently booking herself as a feature dancer at strip clubs in various cities where she will be visiting.

That means she will not only benefit from book sales, but tips as well. 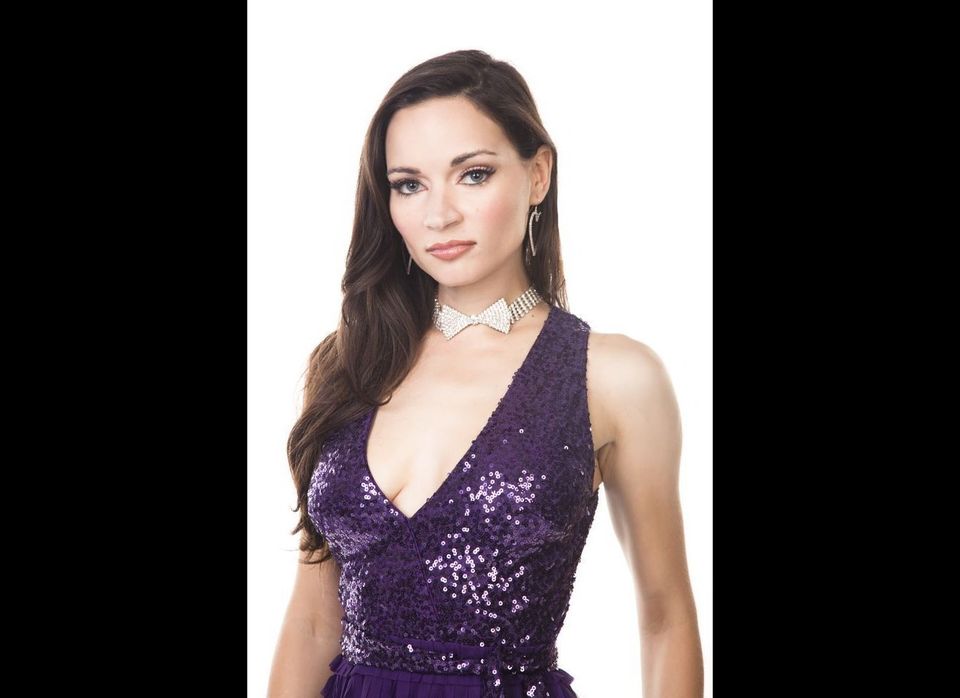 1 / 5
Sarah Tressler
Strippers are used to exposing themselves, but Sarah Tressler insists she wasn't prepared to be publicly exposed earlier this year. Tressler, 30, had been writing society columns for the Houston Chronicle</a> until March when the Houston Press, an alt-weekly revealed that she had been working as a stripper at the same time she was writing about charity balls.
Courtesy of Sarah Tressler