Brian Kins said he's moving his upscale boutique in Sarasota, Florida, to another location -- not because of a rent increase or financial difficulties, but because of the community's homeless residents.

"The city hasn't really done much as far as the homeless problem we've had downtown," Kins of Jackie Z Style Co. told ABC Action News in Tampa Bay. "[The homeless] have been a nuisance at night, sleeping on the sidewalk in front of our door, really panhandling a lot."

Kins isn't the only one wanting change regarding the homeless population in the Florida community. Sarasota's city council approved a measure allocating $1,000 for one-way bus tickets that homeless residents can use to leave town, the outlet reported Wednesday. Two private donors have contributed $2,000 to the program in addition to the public funds.

The bus program requires a screening for residents to acquire a ticket, the city said, and only a fraction of the community's homeless population will qualify.

But not every Sarasota resident is on board with the city's attempt to combat homelessness.

"Sounds like putting a Band-Aid on a bigger, deeper issue," Catherine Miller, who would support local programs that help Sarasota's homeless population, told ABC Action News. "It just displaces them because you feel more comfortable."

Sarasota is not the first community to bus its homeless people away in attempt to curb the problem. The Salvation Army in Williston, North Dakota, used funds last year to purchase bus and train tickets for the city's most vulnerable residents after many of them had moved to the area and failed to find employment in the oil industry, CNN Money reported last year.

"Sometimes they're better off going back home," Joshua Stansbury of the Salvation Army had told the news source.

Several communities in the Sunshine State -- including Fort Lauderdale and West Palm Beach -- have implemented similar strategies to fight homelessness in recent years, too, according to the Palm Beach Post.

Despite criticism, Calvin Collins, a member of Sarasota's Homeless Outreach Team (HOT), told ABC Action News the bus program was created with the well-being of homeless people in mind.

"We don't just want to send people away," Collins told the outlet, noting his team's outreach programs have helped 35 veterans get access to federal benefits. "We want to prepare people to go to their community and thrive and become a good citizen."

PHOTO GALLERY
The Year in Florida
Voting Made Easy
Register to vote and apply for an absentee ballot today
Register now
Robbie Couch
Associate Editor of Impact, The Huffington Post
Suggest a correction 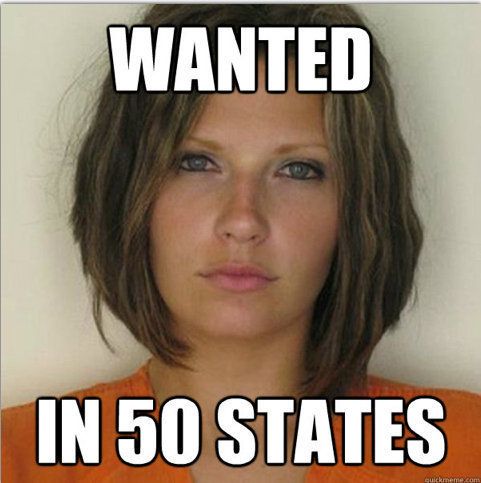 1 / 10
The Attractive Convict
She was arrested three years ago for reckless driving. This year, Meagan Simmons and her mugshot were <a href="https://www.huffpost.com/entry/meagan-simmons-attractive_n_3045604?utm_hp_ref=weird-florida#slide=2318027" target="_blank">convicted of stealing the heart of the Internet</a>.