An international team of researchers is agreeing with Oscar Wilde, who once called sarcasm "the highest form of intelligence," and for good reason.

It turns out that being a sarcastic smart aleck not only requires social intelligence, but also may help you -- and those around you -- to be more creative, according to researchers.

"Both constructing and decoding sarcasm requires overcoming the psychological distance between two opposite meanings -- what’s said and what’s intended," Dr. Li Huang, assistant professor of organizational behavior at INSEAD business school in France and a co-author of the research, told The Huffington Post in an email. "Traversing psychological distance often triggers abstract thinking, a cognitive process responsible for creative thinking. As a result, sarcasm can fuel creativity for both the expresser and recipient."

In three separate experiments, the researchers asked more than 100 men and women either to express sarcasm or sincerity, or to be on the receiving end of those expressions. In a fourth experiment, more than 250 men and women were asked to think about a person they trust and then imagine that person making either sarcastic or sincere comments.

At the end of each experiment, the participants completed either a task or test that measured their creativity and abstract thinking. The researchers found the participants who were asked to express, receive or think about sarcasm were more likely to score higher on the test for creativity and abstract thinking than those who were in control groups.

"We were not too surprised by the fact that sarcasm can increase creativity," Huang said. "But the fact that it increases creative thinking for the recipients as well was somewhat a surprise. Only after we found out the common mechanism for expressers and recipients, that is abstract thinking, it started to make sense to us."

The researchers concluded that a cognitive benefit of sarcasm must be abstract thinking, which then can boost creativity.

"To perceive and correctly understand sarcasm we have to recognize there is a difference between the stated content and the intended meaning," Dr. Adam Galinsky, professor of business at Columbia University and a co-author of the research, told HuffPost. "One of the main benefits that we know of is creativity and this flexibility of thought."

He explained that, since sarcasm requires the recipient to have "flexibility of thought," this may help explain why some people with autism may have difficulty recognizing sarcasm and other social cues.

The new research was published online in the journal Organizational Behavior and Human Decision Processes on July 17. 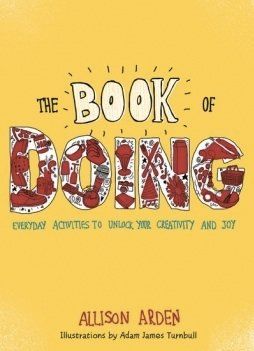