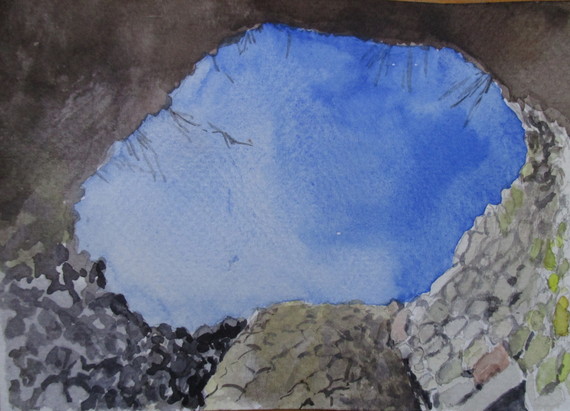 Plato said there were l0,000 towers in Atlantis and there are at least l0,000 Nuraghes ancient structures, dating from approximately1500 BC--whose provenance and actual process of construction is a mystery. One argument would have it that Sardinia was in fact the lost civilization of Atlantis, which became buried by water when the Mediterranean rose. In any case Sardinia had many occupants including the Phoenicians, the Romans and the Spanish until becoming part of Italy in 1861 under Victor Emmanuel II. Interestingly though a version of Catalan is spoken in Alghero, the indigenous Sardinian language which has survived generations of occupation is a tongue that is remarkably close to Latin. One thing is certain, of all the parts of Italy, Sardinia is the one which shows the least mixture of cultures when you look at the varying complexions of native Sardinians. For instance in Sicily you may see dark swarthy skinned southerners along with blond and blue eyed Nordic types while despite the waves of conquest the average Sardinian's DNA seems to have remained fairly homogenous and free of evidence of intermarriage with the invader. Thus if it is true that Sardinia was once Atlantis then the average Sardinian is a true ancestor of the Atlantans, and not the kind you find in Georgia or even the Sardinian version of neurotic, neuraghic.

watercolor of Nuraghe from the inside by Hallie Cohen