French President Nicolas Sarkozy once again finds himself the subject of many international punchlines, after mistakenly identifying himself as being "in Germany" while addressing a group of farmers in Alsace, part of a French border region.

According to the Telegraph, Sarkozy told the farmers, "I can accept distortions of competition from China or India, but not from Germany. I'm not saying that simply because I'm in Germany." The farmers are said to have responded with a series of boos.

Unfortunately for Sarkozy, the gaffe is merely the latest in a number of awkward moments for the French president. In addition to his digs at President Obama and German Chancellor Angela Merkel, Sarkozy was slammed for a very public slip-up at a Parisian agricultural fair, and he and wife Carla Bruni are believed to have once kept Queen Elizabeth II waiting while the couple engaged in slightly more private matters.

Take a look back at some of Sarkozy's most embarrassing moments here: 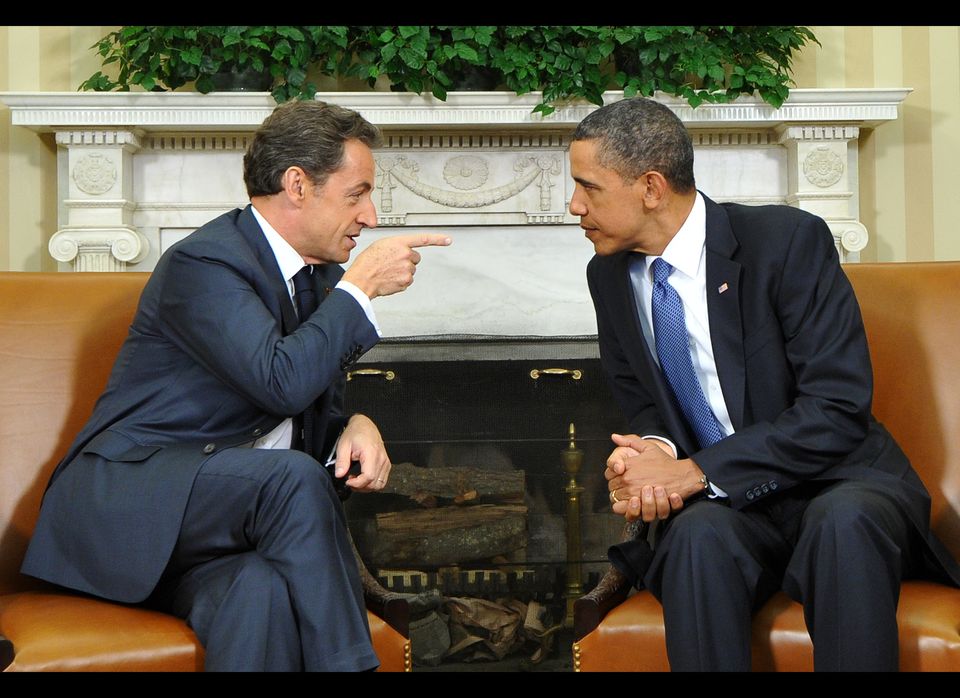 1 / 10
<a href=" http://www.timesonline.co.uk/tol/news/world/europe/article6106250.ece" target="_hplink">According</a> to the <em>Sunday Times</em>, Sarkozy said of President Obama: "[He] has a subtle mind, very clever and very charismatic...but he was elected two months ago and had never run a ministry. There are a certain number of things on which he has no position. And he is not always up to standard on decision-making and efficiency."
Getty