PARIS- It's been almost three weeks since French President Nicolas Sarkozy said that burqas imprison women and would not be tolerated in France. In a speech at the Palace of Versailles, Mr. Sarkozy said that the head-to-toe Islamic garment for women, the burqa, "is not a sign of religion", but rather "a sign of subservience."

The burqa is the most concealing of all Islamic veils as it covers the entire face and body, leaving only a mesh screen to see through. It should not be confused with the niqab which is a face veil that sometimes leaves the eyes clear and is sometimes worn with a separate eye veil. 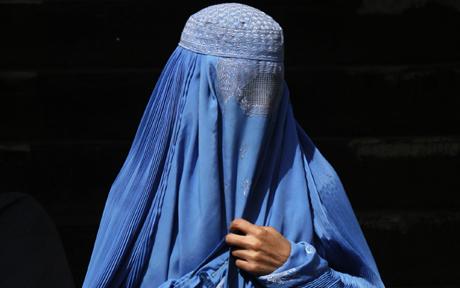 French legislators in Paris had recently begun to look into the spread of Muslim women wearing these full-body robes and veils, such as burqas and niqabs, with a debate ensuing ranging from an immediate ban to a gradual one. Sarkozy's statement served to escalate the debate into a burqa polemic with politicians and analysts all over Europe weighing in for and against it, effectively eclipsing a multitude of other issues of more immediate concern in France, such as the economic crisis, rampant unemployment and a bloated system of social services. Human Rights Watch, and several Muslim groups and clerics have criticized the ban and asked Sarkozy to reconsider his statements citing that the proposal "stigmatized" Islam.

France is home to Western Europe's largest Muslim population of about 6 million. In 2004 the country passed a controversial law purportedly introduced to support the Republic's principles of Laïcité, with which France insures separation of church and state. This argument was considered a disingenuous one whose real purpose was to forbid female Muslim students from wearing headscarves, designated to be a "conspicuous" display of religious affiliation, while other symbols, such as the wearing of crosses and stars of David were seen as "discrete" and therefore exempted from the ruling's enforcement. As a result, Muslim students were overwhelmingly impacted.

By framing the wearing of burqas and other body veils under the guise of showing concern for women's rights, Sarkozy has also found a roundabout way of targeting Muslims and putting them in the human rights' defendant's seat, engendering another religious debate. The number of French Muslim women who wear the burqa or the niqab is minuscule, and one would have to go out of his way to visit les banlieues (Paris's poor suburbs) to spot one or two. So why is Sarkozy proposing the ban and stirring all these emotions?

Many critics to Sarkozy's proposal claim that he deliberately initiated a burqa polemic to distract from his low approval rating of 32 percent down from 60 percent for the six months following his election. The burqa is Sarkozy's nationalistic prop, and its emotional appeal temporally outweighs his unfulfilled promises on such issues as guaranteeing workers five weeks of paid leave annually and the 35-hour workweek which Sarkozy had to get rid of once the economy started to sink. All the while maintaining a flashy lifestyle, which have earned him the title, "le Président Bling-Bling."

"It is my choice alone," said Aamina (her name was changed per her request), "when did I ask Sarkozy to liberate me?" she added.

Aamina, a soft spoken Afghan widow, immigrated to France in 2005 to join her brother who works as a janitor in the Métro after her husband was killed in an attack by the Taliban. She said that she had not expected that her burqa would become the subject of controversy in France.

"Ou est la Liberté, Égalité, et Fraternité?" "Sarkozy has turned me into a freak of nature...that I'm not" she sobbed.

Many Muslim women have been complaining that these new laws have been driven by anti-immigrant and anti-Muslim sentiments. In June 2008, the Council of State -- the country's highest administrative court -- refused to grant French citizenship to a Moroccan woman wearing a burqa, because it went against "the values of a democratic society and the principle of equality of the sexes."

Meanwhile, Huda Benkaran, a French Algerian social worker who has been involved in helping Muslim women to integrate in France thinks that outlawing the burqa is a "stupid proposal" made by a "an imbecile."

"What does Sarkozy think? Outlawing burqas is going to make these women walk outside in a sundress? They just won't leave home as often. He is sentencing them to prison!" Benkaran says in anger.